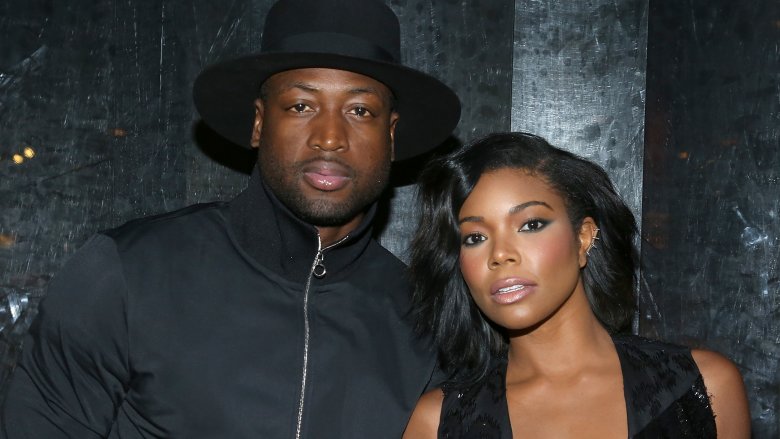 Prior to meeting Dwyane Wade, Gabrielle Union had more than a few unsuccessful relationships with other athletes. There was former NBA star Jason Kidd who dumped her “two weeks before the junior prom,” she told the Bay State Banner. And then, there was former professional football player Chris Howard, who Union wed in 2001. After he reportedly cheated on her throughout their marriage, the couple decided to call it quits, Today reported. Striking out in the sports world meant Union wasn’t keen on dating another athlete ever again, especially not someone who arrived with a ton of baggage.

“When I met Dwyane, his ‘résumé’ looked like crap: athlete, going through a divorce, nine years younger than me. None of that screamed, ‘Let’s have a lasting relationship,’ she told Glamour magazine. Union finally had a change of heart after “a heart-crushing breakup with yet another immature jerk.” She added, “I thought, it can’t be any worse if I date a fetus. Let’s just see what happens.” Okay, their age difference makes us a bit uncomfy, but did she sorta kinda call Wade a fetus? Talk about a low-blow.