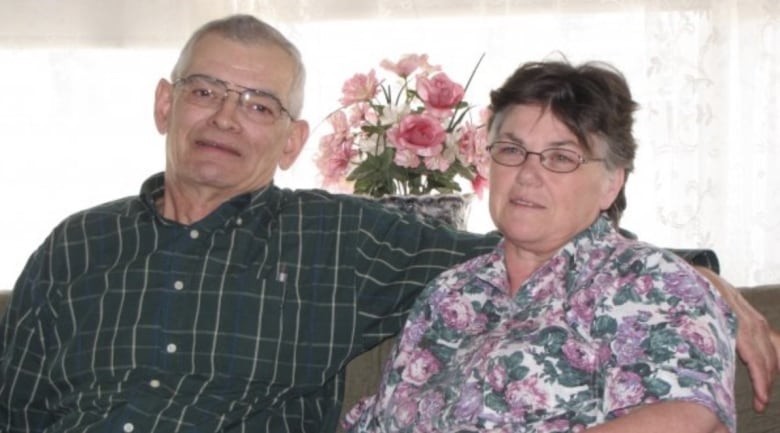 Harry Bond still doesn’t know exactly when a gunman killed his parents, Joy and Peter Bond, a couple who had retired to a quiet corner of Nova Scotia steps from the Bay of Fundy shore.

Police did not discover their bodies for about 16 hours, something he still finds troubling. Making things worse, police did not confirm their Saturday night deaths to him until two days later, when he finally got fed up waiting for information and drove to Portapique, N.S., from his home a few hours drive away.

“I had to jump in my truck Monday morning and pick up my brother and go down and demand answers … that’s the only reason we found out Monday afternoon,” Bond said in an interview.

The lack of faith in institutions — from the police force meant to protect, to the inquiry tasked with examining whether it failed to do so — has been a common thread in the nearly two years since a man disguised as a Mountie killed 22 people in April 2020.

Loved ones of people killed demanded a full public inquiry to get answers about how the gunman managed to move freely between communities in a replica cruiser, his actions a cruel distortion of a symbol many, including some of his victims, only associated with law and order.

This week, the commission mandated to shine a light on what happened, as well as the context and circumstances of the attacks that injured some and left many others deeply affected, will be resuming deliberations Monday on whether to call individual front-line officers, and discussing when the commanding officers overseeing the response will be called.

MLA Tom Taggart, who represents the area, said the first time he spoke to inquiry staff he told them they had to work on building trust in the community.

But he said he hasn’t seen that happen. He said not having answers about whether the gunman’s spouse or RCMP officers will testify has “derailed” people’s faith in the process.

“The credibility [of the commission] is shot right now. Can they get it back? I don’t know,” said Taggart, who was the municipal councillor in April 2020.

Lawyers for some families have requested 18 officers be called as witnesses.

“It will not be a question of if but when” commanding officers will be called, Chief Commissioner Michael MacDonald said Thursday.

Some legal experts have said the commission’s trauma-informed approach should be balanced with the public’s right to information.

Taggart said he’s willing to accept some RCMP officers may need accommodations to testify, but he said testimony is crucial. He said they may well be traumatized, but so are the people he represents.

“They’re the people who were standing in their driveway, watching houses burn and hearing gunshots and wondering what’s going on. Those people were pretty traumatized, too, and I understood that’s what this inquiry was for, to get them answers,” said Taggart.

Family members, in particular, have been struggling since April 2020 to understand why this happened, he said.

“For them not to believe what they’re being told, the trust, that can be a challenge,” he said.

Over the coming months, the commission plans to present reports to the public on various aspects of the deadly rampage — from the identification of victims on the short street where Bond’s parents lived to next-of-kin notifications. The next new report, one focused on the time the gunman spent overnight in an industrial park in Debert, N.S., is scheduled to be presented on March 9.

The inquiry has tabled three reports so far focused on what happened in Portapique, N.S., the night Gabriel Wortman attacked his partner and then turned his wrath on neighbours when she escaped.

The inquiry drew on cellphone records, police radio logs and transcripts of interviews with the community members and police officers, some of which are also posted publicly.

Yet there are still gaps and unknowns in the information presented so far by the commission.

Among them, the exact path the gunman took while targeting the 13 neighbours he killed. The commission described possible scenarios for when the gunman went to the Bonds and to the home of the neighbours — Jolene Oliver, Aaron Tuck and their daughter, Emily Tuck.

It suggested the gunman may have crisscrossed the rural subdivision and used trails cut on his own property.

Bond said he still wants clarity. The lawyer representing his family, Joshua Bryson, told the commission the timeline is a “big issue” for his clients because, until about a month ago, it was hypothesized the Bonds were killed after Corrie EIllison was shot around 10:39 p.m. AT.

But that has since changed, since the commission’s timeline now suggests that they were killed before Ellison, sometime between 10:05 p.m. and 10:20 p.m. The timeline is still in “a state of flux” and evidence from Lisa Banfield, the gunman’s spouse, can likely offer assistance in forming the timeline based on what she heard or saw, Bryson said.

He also said it’s important to hear more from the RCMP on why the first team on the ground, or other officers throughout the night, never went to Cobequid Court where the Bond and Tuck families lived.

“It’s life, there’s going to be gaps. But right now, I feel there’s gaps being made that could be closed,” Harry Bond said last week.

Back road out of Portapique

The route is far from the only outstanding question.

Despite learning there was a back road out of Portapique, N.S., in the first half hour of being on the scene, it’s not clear how the RCMP used that information and if it impacted their response.

Const. Vicki Colford spoke to Kate MacDonald, who was in a car with her husband when the gunman fired at them. While they waited for an ambulance, MacDonald explained that the rural subdivision had a back exit on a private road.

At 10:48, Colford radioed to her colleagues:

“Millbrook, if you guys want to have a look at the map, we’re being told there’s a road, kind of a road that someone could come out, before here. Ah, if they know the roads well.”

One future document the commission is preparing will focus on decisions made by the RCMP officers overseeing the response.

Lawyers have also questioned the accuracy of the timing suggested by the commission regarding a family who saw vehicle headlights driving along the blueberry field that Saturday night.

It’s also possible — based on GPS data from vehicles — that an officer racing to the scene drove past the gunman around Great Village, N.S. Const. Chris Grund, one of the two officers responding from the Millbrook detachment, said he had no memory of seeing that car during a later interview with the commission.

Michael Scott, a lawyer with Patterson Law who represents families of more that half of the people killed, said that’s part of the reason his clients want Grund to answer further questions.

He said the commission’s belief that the gunman drove out of Portapique around 10:45 p.m. is based on blurry surveillance footage of the replica cruiser passing a gas station in Great Village shortly after.

If Grund didn’t see what appeared to be a marked cruiser without its lights on travelling more than 100 km/h in the opposite direction, it’s possible the car wasn’t there at that time, Scott said.

“In that part of the timeline, we would suggest that every minute matters. Because every minute that that containment point was not contained, is another opportunity to stop the perpetrator before he moved out into the community,” Scott said during last week’s hearings.

In response, Patricia MacPhee, a lawyer for the Department of Justice, said Grund did address this question already, adding “there is no gap that would require his appearance here.”

Harry Bond was among the family members who asked the commission last week to display photos of the people killed on the screen so that people watching could put faces to names. The commission said not all families were in favour of this, so as a compromise it projected people’s names on screen at the beginning of proceedings.

He said it’s important for people to remember the people killed were good people who were loved and deserved better.

Bond said his father could be tough, but said he shaped his two sons into the men they became.

“Mom and Dad were willing to help anybody,” he said. “Mom will be remembered for her kindness, loving towards kids, her smile, her one-of-a-kind laugh. I miss that, I really miss that.”