Victim of intimate partner assault by B.C. lawyer calls 3-month suspension a ‘slap on the wrist’ 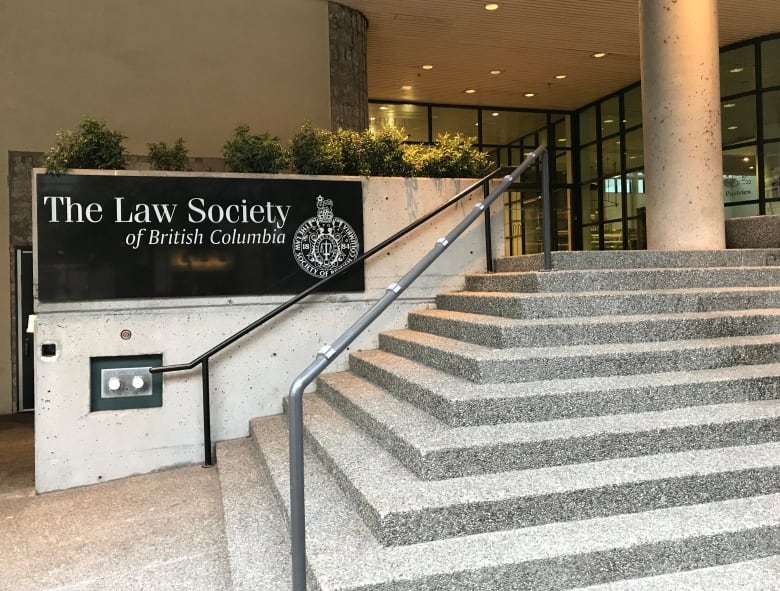 A West Vancouver lawyer who admitted to beating up his then-girlfriend while also representing her in divorce proceedings has been suspended from practice for three months.

Michael Murph Ranspot will also have to pay $12,087 in costs to the Law Society of B.C. for professional misconduct and conduct unbecoming a lawyer, according to a disciplinary decision issued on March 18.

But for Ranspot’s ex-girlfriend, who has waited more than six years for Ranspot to be sanctioned, the decision comes as a major disappointment. CBC has agreed not to name her, but she is referred to by the initials CC in law society proceedings.

She had argued for an 18-month suspension, and described the much shorter disciplinary period as a “slap on the wrist,” pointing out that Ranspot has been disciplined by the law society twice before.

“These penalties are not serious enough to cause a hindrance or force change,” CC said.

“These insignificant inconveniences are not effective at impacting … these ‘officers of the court,’ people who are the most educated on the laws of this country — the same people the public expects to know right from wrong.”

Ranspot beat her up inside her home on Dec. 31, 2015, causing injuries serious enough to send CC to the hospital. The law society has described the nature of the assault as “severe.”

He pleaded guilty to assault causing bodily harm in November 2016 and was later given a 16-month conditional discharge, meaning he served a term of probation before the conviction was removed from his criminal record.

Discipline decision based on precedent

In the law society’s decision, a disciplinary hearing panel acknowledged that Ranspot’s assault on CC has caused lasting trauma.

“It is difficult to imagine conduct more grave than when a lawyer assaults a vulnerable client who is also their intimate partner,” the decision says.

But the panel went on to say that the maximum sanction in recent cases of intimate partner violence by lawyers was a three-month suspension.

CC filed her original complaint against Ranspot with the law society shortly after the assault, but the disciplinary process has been held up by procedural issues. A hearing panel upheld the allegations in 2019, but that decision was set aside in 2020 after Ranspot argued his lawyer hadn’t informed him about the hearing.

A second hearing was held last year. A law society hearing panel once again found that Ranspot had committed conduct unbecoming a lawyer for the assault, and professional misconduct for his conflict of interest in representing CC and loaning her money without making sure she had independent legal advice.

CC described the delays as painful.

“It takes a lot of strength and courage to come forward as a victim of domestic violence, and to go through all the motions and steps of legal proceedings,” she said.

“But it adds insult to injury when a disciplinary hearing drags on for over six years. The assailant, someone who has so negatively impacted your entire life, is able to go on like nothing has happened.”

She also questioned the law society’s use of precedent and the structure of its disciplinary hearing panel, which consisted of two lawyers and a member of the public.

“It is simply no longer acceptable to have a panel of peers monitor each other. This seems like the exact definition of an ‘old boys’ club,’ using precedents and punishments that were unacceptable 25 years ago,” CC said.

Her comments touch on concerns identified during a recent review of the law society’s governance structure by Harry Cayton, an international expert on professional regulation.

Cayton wrote in his November report that the law society should consider separating its disciplinary tribunals from the society to ensure independence.

He added that benchers — members of the law society’s board of governors — should not sit on hearing panels. One of the lawyers who served on Ranspot’s hearing panel was a bencher at the time of the disciplinary hearing, and the other was a bencher when the decision was issued.

Cayton also wrote that the law society should take a more serious approach to repeat offenders, “recognizing that a very small number of lawyers are responsible for a large number of complaints at great cost to the public interest and indeed to all competent and honest lawyers.”

Ranspot has been disciplined twice before.

He was suspended from practice for 18 months beginning in 1997 after billing the Legal Services Society for legal aid that he hadn’t provided, among other examples of misconduct. He was also fined in 2007 for professional misconduct.

He was also the subject of practice reviews in 2001 and 2009 related to a number of concerns from the law society, including his fitness to practise and the appropriateness of his communications with clients, according to the disciplinary decision.

The law society has said it is considering all of Cayton’s recommendations.