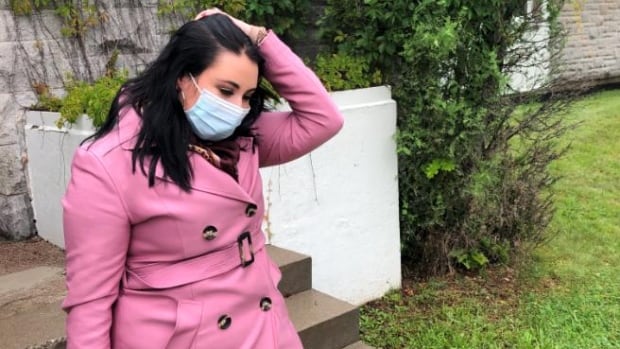 A New Brunswick soldier accused of giving cannabis-laced cupcakes to troops on a live-fire training exercise three years ago is expected to learn her fate today.

Military Judge Cmdr. Sandra Sukstorf is due to deliver her verdict in the court martial of Bombardier Chelsea Cogswell at 5th Canadian Division Support Base Gagetown in Oromocto, N.B.

Cogswell is facing a total of 10 charges, including eight counts of administering a noxious substance to soldiers without their consent during the July 2018 training exercise, which involved explosives and weapons drills, when she was in charge of the mobile canteen.

She’s also charged with behaving in a disgraceful manner and committing an act to the prejudice of good order and discipline.

If convicted, Cogswell faces a maximum sentence of two years imprisonment, according to the Department of National Defence.

Sukstorf was originally scheduled to deliver her decision on Tuesday afternoon, but set it over. She did not give a reason.

Sixteen witnesses testified throughout the trial, which began Aug. 4 and continued into the weekend.

The soldiers who ate the cupcakes told the court they soon experienced fatigue, drunkenness, disorientation, confusion and paranoia. Some said they believed they were high and worried about handling guns and ammunition.

The training exercise was halted, the soldiers were sent to a tent to recover and the military police started an investigation that day, the court heard.

Cogswell did not take the stand in her own defence, but denied the allegations during two videotaped interviews conducted by military police in September and October 2018, which were played for the court on Monday.

Her Toronto-based lawyer, Ian Kasper, argued for an acquittal, calling the evidence circumstantial. Not all the soldiers were tested for drugs and the cannabis found on the single wrapper sent to Health Canada for testing could have come from another source, he said.

The prosecution, led by Maj. Max Reede, asked the judge to consider the evidence as a whole and in context, not as unconnected events.