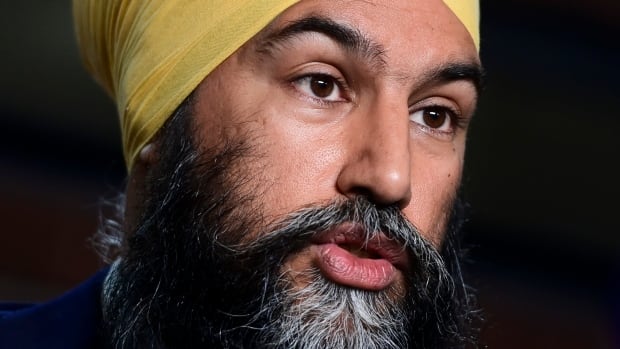 This morning the federal party released a list of commitments focusing on health care and affordability, which is expected to form the backbone of its campaign platform.

The document signals the party’s long-term vision, but a party spokesperson speaking on background said they believe universal prescription drug coverage, dental care and mental health care for the uninsured is doable within the first mandate.

“It will take longer to realize the full vision,” the spokesperson said. “If we started earlier like in 2019, 2015, we’d be further along.”

The commitments document doesn’t contain a costing breakdown on its promises, so it’s not clear how much the fourth-place party’s promises would cost.

During a technical briefing with reporters before the release, a party official said they plan on working with the Parliamentary Budget Officer to estimate what it will cost to implement their proposals.

Some previously announced promises, such universal prescription drug coverage, were costed in the 2019 election but could have risen.

Another revenue source would be a promised temporary COVID-19 excess profit tax that puts an additional 15 per cent tax on large corporations that recorded major profits during the pandemic.

As part of its health-care plank, the party says a New Democrat government would bring in mental health care for uninsured Canadians so that people without such coverage would be able to seek out help.

It’s one of the big-ticket items, along with making post-secondary education part of Canada’s public education system, that would require buy-in from the provinces.

A party official said the pandemic proved that provinces are willing to work with Ottawa across party lines.

Singh and a handful of NDP candidates are scheduled to take questions on the plan during a news conference at 9:30 a.m. ET in St. John’s.