An appeal for calm as tensions rise again over N.S. Indigenous lobster fishery 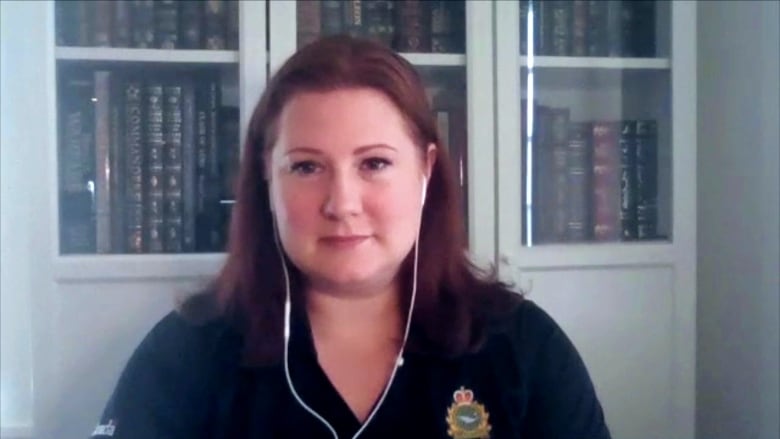 Federal fishery officers from across Canada are being moved to southwestern Nova Scotia as tensions rise again over an Indigenous lobster fishery underway in St. Marys Bay.

The top enforcement officer at the Department of Fisheries and Oceans blames misinformation for aggravating the situation, asking both Indigenous and commercial fishermen — and their supporters — to step back.

“What I want to say to people is to give the fishery officers space to do their jobs. They are doing their jobs. They’re doing it well and professionally and objectively,” said Heather McCready, DFO’s director general of conservation and protection.

Problems on both sides

The tensions are over the sale of lobster caught under communal food, social and ceremonial licences (FSC). That fishery has no season and is regulated by DFO, but licence conditions do not permit the sale of the catch.

“We are aware that there are some sales of FSC fish, which is, of course, not allowed under those licences,” McCready said.

“It is a problem that we’re aware of and we are monitoring it. There are also non-compliance issues in the non-Indigenous commercial sector,” she said, referring to unlicensed fishing or unreported sales.

Last week, RCMP were called to investigate after several boats belonging to the Sipekne’katik First Nation were cut loose from a wharf in the area.

Commercial harvesters have repeatedly complained Sipekne’katik’s FSC fishery is being used as a cloak for a commercial fishery.

Tensions that have been building since 2017 came to a head last fall when protests by some non-Indigenous commercial fishermen and their supporters turned violent after Sipekne’katik launched a moderate livelihood lobster fishery in St. Marys Bay.

The band was exercising a treaty right to sell its catch that was recognized by the courts two decades ago. While the Supreme Court of Canada affirmed the right to sell, it also ruled governments have the right to regulate the treaty fishery for conservation and in the public interest.

Most resources in 4 years

McCready said the FSC fishery in St. Marys Bay has grown larger this summer and DFO has responded with “more resources there than we have in probably four years.”

Some enforcement is overt, such as fishery officers on wharves or on the water. Some are undercover.

“We have taken some resources out of the rest of Nova Scotia, moved them into that area, because those are the areas that need more visible enforcement…. So we do want people to see that the officers are out there and consider that when they’re considering their actions,” McCready said.

“We are bringing in people from other parts of the country just to supplement the force there and also give people a day off occasionally because there are people working on this that haven’t had a day off in a real long time.”

McCready said she is worried the dispute is becoming even more polarizing because of misinformation. One recent claim, she said, is that DFO officers “colluded” with commercial fishermen and cut lines on Indigenous-owned vessels.

“That’s obviously completely untrue,” she said, adding that on the commercial side, DFO has been accused of not doing enough.

On Tuesday, Sipekne’katik Chief Mike Sack said DFO did not accept the band’s FSC fishery plan this year, which allows the sale of 25 per cent of the catch to cover costs and increased trap limits of five per licence, up from four.

“Today I was on the phone to the [federal fisheries] minister and she asked why we would do that. And I just said, like our community had the highest rates of poverty. It’s a very simple answer,” he said.

Sack said what DFO calls “normal enforcement” by pulling and checking traps in a licensed fishery feels more like fisheries officers are “just down there taunting our people, wanting them to react.”

“We welcome them there,” said Sack. “We just don’t agree with them trying to impose their rules on us when we have a right to regulate our own fishery.”

Both sides of the dispute have said they want no repeat of last year’s events.

Colin Sproul of the Unified Fisheries Conservation Alliance, representing commercial fishermen, said the DFO response to the FSC fishery underway this summer in St. Marys Bay has been “woefully inadequate.”

“By our accounts, we’re seeing as many as 45 boats fishing commercially outside of the commercial season right now between Yarmouth and Margaretsville, N.S., along the shoreline,” Sproul said.

“The response from DFO is a pittance compared to what needs to take place. I call on the minister to respect the conditions of the FSC licences and call for enforcement on them.”

Warning against taking law into own hands

McCready moved from a similar position at Environment and Climate Change Canada to become director general of DFO’s conservation and protection section last December after the blow-up in St. Marys Bay.

She issued a warning to some in the commercial industry who’ve said they will do the job if she doesn’t step up.

“Are you going to be intimidating and harassing a particular community? Are you talking about destroying their personal property? We did see examples of that last year. Are you talking about actually engaging in physical altercations with people? Those activities I just described are illegal,” McCready said.