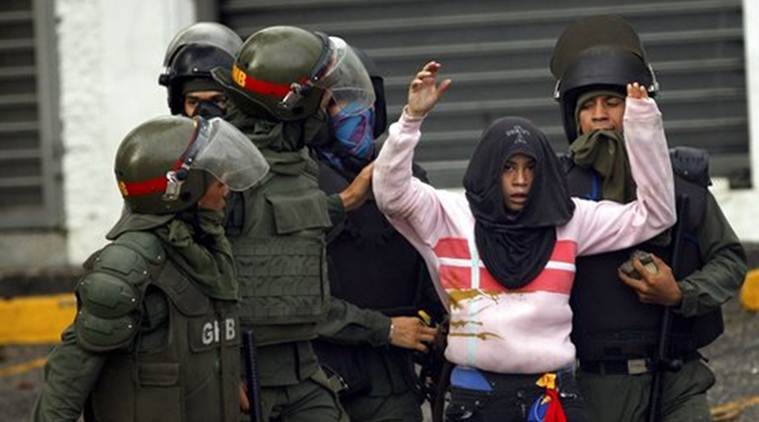 Anti-government demonstrators have been holding regular protests against the government of President Nicolas Maduro since April.

The protests have often led to clashes with the security forces and dozens of people have been killed in protest-related violence.

Here are some of the most dramatic photos from the past week.