Venezuela Oil-rich but poverty-stricken Venezuela, which holds regional elections on Sunday, is a country at the top of the Latin American continent that is in deep economic and political crisis. 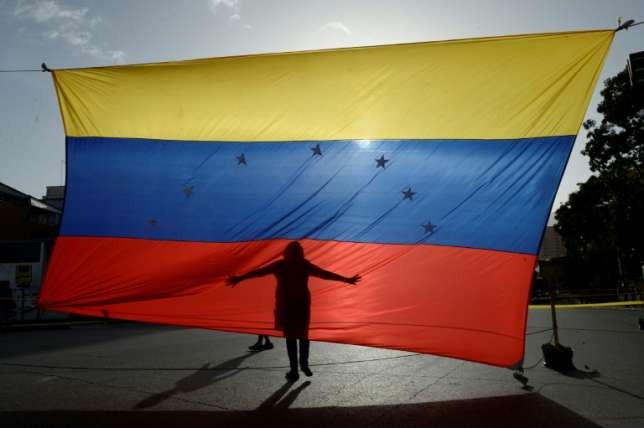 Venezuela, which holds regional elections on Sunday, is a country at the top of the Latin American continent that is in deep economic and political crisis.

Here is a snapshot of the country.

Venezuela has the largest proven oil reserves in the world, estimated at around 302 billion barrels, but its petrodollar-dependent economy has been hit hard by declining oil prices.

Half of its GDP comes from oil and sales of its heavy crude account for around 96 percent of export earnings.

It sells 40 percent of its oil to the United States, with which it has increasingly tense relations.

Around another 40 percent of Venezuelan oil exports helps repay loans extended by China and Russia, according to analysts.

The state oil company PDVSA produces 1.9 million barrels per day (mbpd) of oil, sharply down from the 2.6 mbpd last year.

Trouble at the top

But support for the former bus driver turned union leader and then president has spiralled downwards since he was elected in 2013, even though he has tried to maintain Chavez’s socialist policies.

He took over as the country’s fortunes were declining with falling oil prices and also lacks his predecessor’s charisma.

Protests against his rule have mounted: violent demonstrations and a harsh crackdown left 43 people dead in 2014 and 125 dead over April and July this year.

He has increasingly turned to the military to keep order as challenges to his authority grow.

The international community has condemned a crackdown on the opposition and the installation of a new pro-Maduro assembly.

The Constituent Assembly, which held its first session in early August, has been accused of grabbing the power of the already established National Assembly, where the opposition is in control.

The United States, the EU and a host of other countries refuse to recognize the new assembly.

US President Donald Trump has been particularly blunt, calling Maduro “a bad leader who dreams of being a dictator.”

Washington has banned American financial institutions from lending new money to Venezuela and included it on a list countries from which visitors are banned.

Maduro says the Venezuelan crisis is a US-backed conspiracy.

Amid increasing Western isolation, he has been cultivating ties with Russia, Turkey and China.

Venezuela’s inflation rate is the highest in the world and expected to soar to 720 percent this year, according to the International Monetary Fund.

The economy has meanwhile been shrinking since 2014, when oil prices fell. GDP is projected to contract 7.4 percent this year.

As foreign currency to pay for imports has dried up, the country of 31.5 million people has suffered severe shortages of food, medicines and basic goods.

It is a turnaround from the successes of the redistribution policies of Chavez that the World Bank says led to a decline in poverty from 50 percent in 1998 to approximately 30 percent in 2013.

Transparency International’s table of perceived corruption ranks Venezuela 166 out of 176 countries. Its crime and murder rate is also among the world’s highest.

The country is deeply indebted. It needs to borrow an estimated $25 billion to $35 billion a year, according to the World Bank.

Currency reserves have dwindled to under $10 billion as the government keeps up debt repayments at the expense of imports to stave off a devastating default.