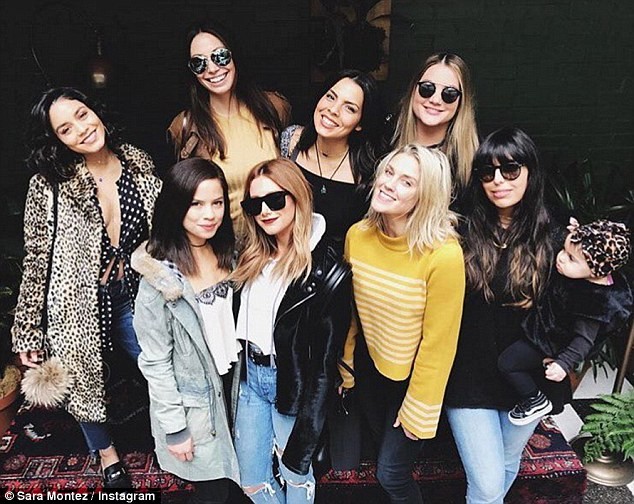 Gal pals Ashley Tisdale and Vanessa Hudgens and a crew of bikini-clad ladies, including Vanessa’s lookalike younger sister Stella Hudgens, dancer Laura New and GG Magree, got their twerk on Saturday as they partied poolside. Friends that twerk together, stay together!

The ladies made sure to post a slew of videos and pics on social media. Tisdale, who is married to musician Christopher French, posted a video on her Instagram of the gaggle of girls during their all-out twerk fest. The epic dance party video is set to a remix of Andhim‘s “Boy Boy Boy.”

In the plethora of posts, the female friends appear to be enjoying their Memorial Day Weekend with some bumping, grinding and a whole lot of pool time.

After hosting the 2017 Billboard Music Awards last weekend, it seems like Hudgens wanted to let loose with her longtime BFF, Tisdale.

The twosome have been thick as thieves since starring in High School Musical in 2006. Last Sunday, Tisdale even went to the BBMAs at the T-Mobile Arena to support her bestie as she hosted the fast-paced awards show for the first time with Ludacris.

During Live From the Red Carpet, E! News’ Jason Kennedy revealed the question Ashley had for her BFF before showtime. What’s your favorite thing we’ve done together?

“Probably just fly around the entire world with her. I mean, we were on our High School Musical press tour, and being in a G-5 we’re, like, I’m going to have a G-5 one day and I’m going to cover it in Louis Vuitton print and it’s going to be gorgeous,” Vanessa shared with us. “Her wedding was pretty amazing as well.”

Over a decade ago, Vanessa and Ashley became household names as they danced and sang throughout Disney Channel’s original movie.