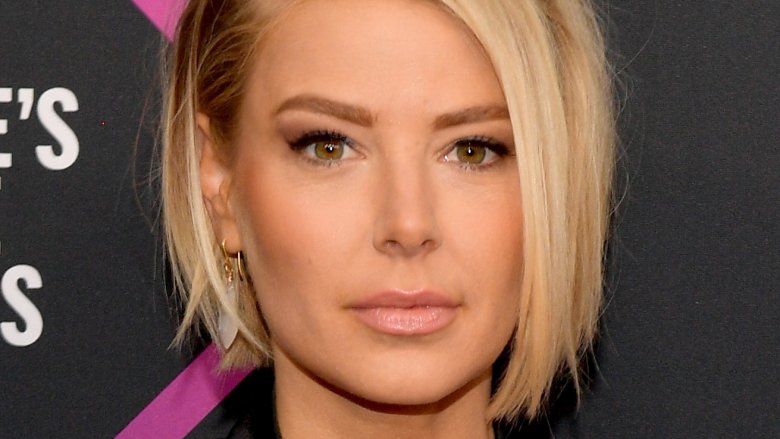 During an exclusive interview with Entertainment Tonight, published on Monday evening, Jan. 7, 2019, the reality TV star opened up about her skin cancer battle after recently revealing she’d had a melanoma removed last year.

“Everything has come back negative,” Madix told the publication, explaining that her health scare began after a biopsy of a mole removed by her dermatologist came back as cancerous. Noting that the area in question was close to her lymph nodes, she later required “real surgery” as treatment.

The Bravo star continued, “I do have to, every six months, go see a specialist and make sure I’m on top of everything because once you have it, it’s much easier to have it again or have it throughout your life especially because I’m young.” She added, “It’s going to be an ongoing thing, but right now I do not have cancer in my body.”

According to the Mayo Clinic, “Treatment for early-stage melanomas usually includes surgery to remove the melanoma. A very thin melanoma may be removed entirely during the biopsy and require no further treatment.” However, the website noted, “If melanoma has spread to nearby lymph nodes, a surgeon may remove the affected nodes.”

Readers may be aware that Madix first revealed her health scare via Instagram on Monday, Dec. 31, 2018. “2018 was a year full of huge moments that were unplanned. Lifelong dreams fulfilled and unexpected hardships overcome,” the 33-year-old television personality wrote in part to her 1 million followers, captioning a slideshow of photos and videos of herself from the last year. She added, “I had to have a lil bit o’cancer removed from my body and lymph nodes biopsied. (In the clear now!)” Madix concluded her lengthy post with, “Looking ahead to 2019 with optimism, hope, and more hard work on the horizon!”

Madix isn’t the only celeb to open up about their health following the New Year. As Nicki Swift previously reported, Modern Family star Sarah Hyland recently revealed that she’s thankfully “doing really really well” after announcing that she quietly underwent her second kidney transplant in September 2017. “I just came back from Mexico and that was really, really nice,” Hyland, who’s suffered from multiple chronic health problems due to her lifelong battle with kidney dysplasia, told ET earlier this week. “The good thing about being stable, health-wise, and having an amazing significant other is that now I’m able to travel more.”

We’re glad to hear that Madix is doing better these days!