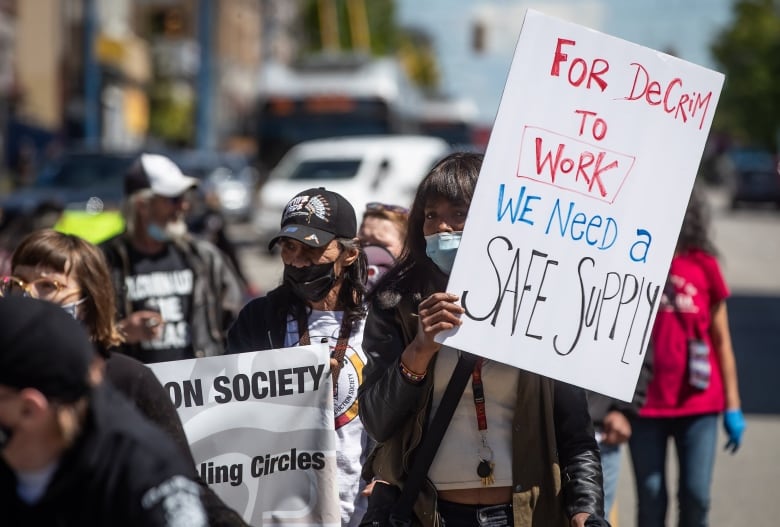 A national coalition of groups that support drug decriminalization say the plan put forward by Vancouver Mayor Kennedy Stewart known as the “Vancouver Model” is deeply flawed because the people it is meant to help were never consulted as promised.

“The mayor said that we’d be involved all the way through the design process. He said, this is my personal guarantee. So, the question is — and I have asked him this — why aren’t we?” said Garth Mullins of the Vancouver Area Network of Drug Users (VANDU).

The groups say if Vancouver — which is seeking to be the first Canadian jurisdiction to decriminalize possession of small amounts of illicit drugs — gets it wrong, it could set a terrible precedent for jurisdictions that follow.

In November 2020, Vancouver city council unanimously approved a motion to ask the federal government for an exemption from Criminal Code provisions on simple drug possession, laying the groundwork for what is now the Vancouver Model.

The move was meant to recognize drug use as a public health issue instead of a criminal matter, and was triggered by the increasingly poisonous drug supply that is currently killing more than five British Columbians daily.

On Tuesday, VANDU and its partners held a rally to bring attention to their concerns over the Vancouver Model.

Chief among them is the threshold the model lays out for possession — in other words, the quantity of drugs a person can be caught with and not trigger arrest or confiscation.

According to the coalition, the threshold levels are far too low, meaning a substantial number of drug users would still be criminalized if the Vancouver Model comes into effect in its current form.

“This is a serious question,” said Dr. Thomas Kerr, senior scientist at the B.C. Centre on Substance Use. “If you’re really concerned about addressing the harms of criminalization and you’re wanting to advance a model for decriminalization, you’re wasting your time setting the thresholds this low.”

Kerr said data used to set the drug thresholds in the Vancouver Model were collected in 2018, before the COVID-19 pandemic changed everything.

“Just like more people are probably buying bulk at Costco to avoid having to go shopping every week, I think people who use drugs are doing similar things. They’re buying larger quantities, they’re buying for friends and partners and others to limit contact,” he said.

Mayor Kennedy Stewart said officials “respect the views of VANDU and other groups.”

“The proposed thresholds are a starting point and will be monitored and evaluated as more data become available,” Stewart said in a statement.

He said the city’s application to Health Canada is grounded in local data — though VANDU argues the figures are outdated — and aimed at reducing stigma to achieve a “fully health-focused approach to substance use.”

“As with many pioneering projects, efforts must be made to find consensus between a variety of groups with often vastly differing opinions,” Stewart added.

The coalition is also highly critical of the involvement of the Vancouver Police Department (VPD) in the creation of the Vancouver Model. It said the goal of decriminalization should be to remove police from a policy initiative, not give them “considerable input.”

Mullins said the VPD was consulted on decriminalization thresholds, while his group was only consulted after thresholds were already established.

The groups are asking that the police participation be completely cut out from any decriminalization planning. They also say it’s not too late for the mayor and city to engage in meaningful consultation with the constituents that decriminalization will most affect.

“Nothing about us without us,” Mullins said. “It’s not too late. We can fix this, but it’s on the wrong track.”