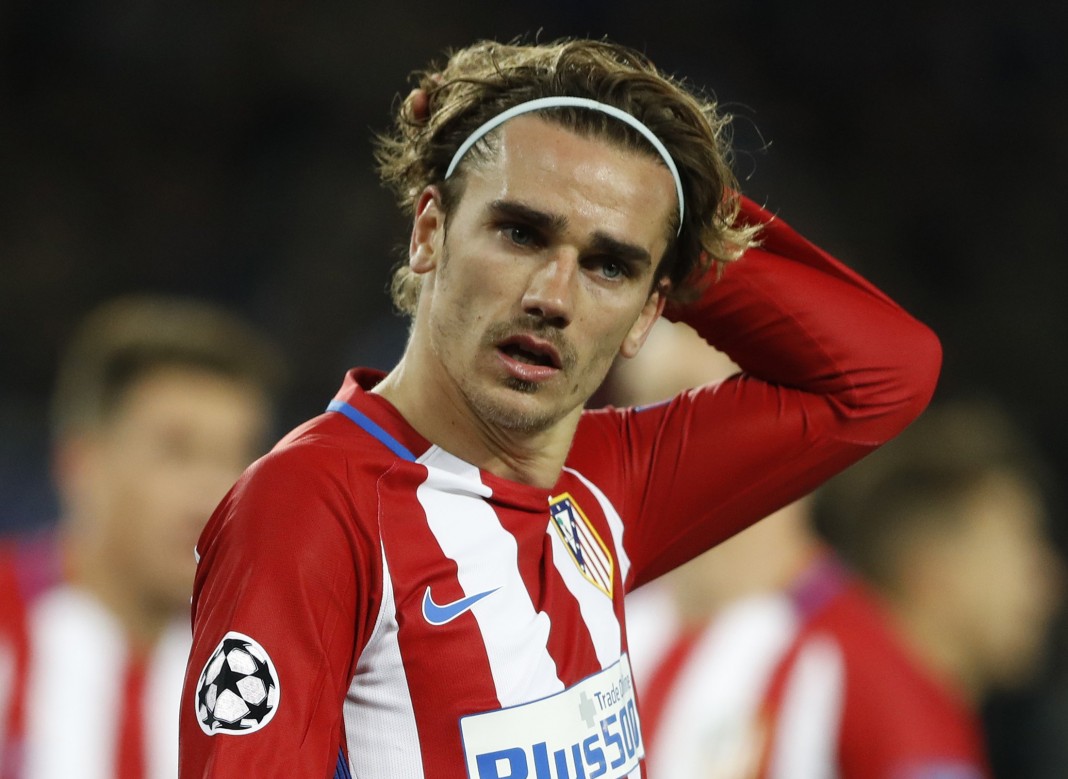 As Man Utd cool their interest in Antoine Griezmann, who will Jose Mourinho switch his attention to?

As Sky sources indicate Manchester United have cooled their interest in Antoine Griezmann, we assess the alternative targets Jose Mourinho may sign this summer…

Long-term suitors of Griezmann, United’s change in tack comes hours after the Court of Arbitration for Sport upheld Atletico Madrid’s transfer ban, imposed by FIFA for breaching rules over the transfer of foreign minors.

But who could be on their way to Old Trafford? Here are the runners and riders…

Hands up who expected 18-year-old Justin Kluivert – son of Netherlands legend Patrick – to be the current frontrunner in United’s striker search, according to the traders?

Well, a stunning breakthrough season at Ajax, which culminated in steering the Dutch club to the Europa League final, has attracted suitors across the continent.

The final in Stockholm ended in defeat to United, but Kluivert was pulled to one side for a little heart to heart at full-time by Mourinho. Was he trying to convince him to move to Old Trafford? 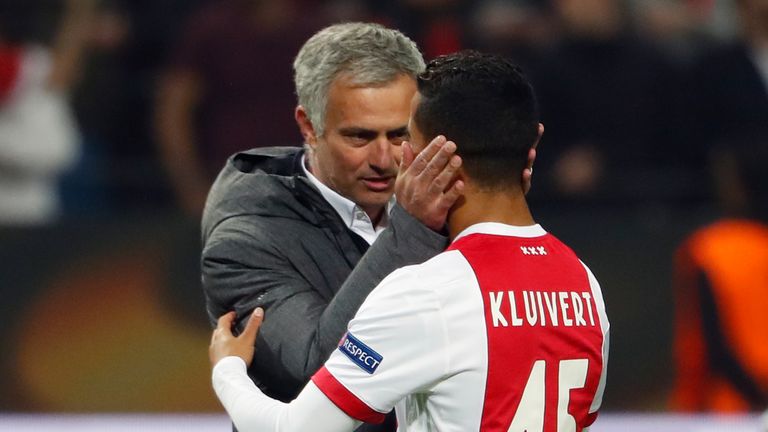 It’s worth noting that with just two league goals to his name last term, Kluivert would surely be one for the future, rather than an instant remedy to United’s striker shortage.

The Belgium international’s agent, Mino Raiola, confirmed Lukaku has received reassurances he will be allowed to leave Goodison Park. “Lukaku had a promise that if certain clubs came this summer that he could leave,” he told talkSPORT.

“We are not in concrete talks with anybody at this moment, but hearing the market I think some clubs will contact Everton.”

With 25 Premier League goals to his name last term, you would imagine Lukaku could slot seamlessly into the first-team fold at Old Trafford – whether United make contact with Everton, though, remains to be seen.

Having publicly expressed his desire to play for Real Madrid on numerous occasions, the Poland international has been perennially linked with a move to the Bernabeu. But could a move to United tempt him? 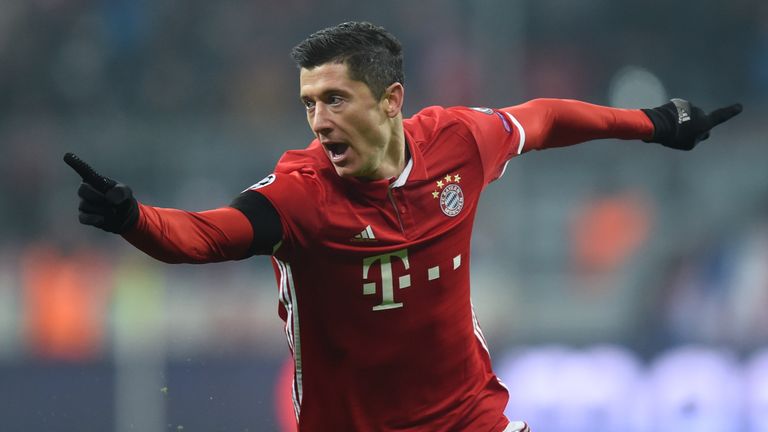 The 28-year-old finished second in the Bundesliga scoring charts last season with 30 goals, underlining his position among Europe’s finest strikers.

What’s more, speaking in 2016, Lewandowski revealed he was open to the idea of playing in the Premier League. “Maybe I’ll play in England or Spain one day,” he said.

Sky Sports News HQ understands Mourinho is a big admirer of Morata, having played a role in his rise through the ranks at Real Madrid. 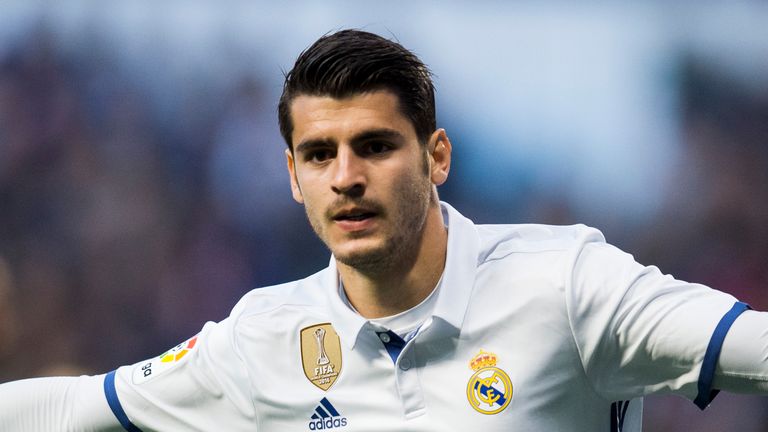 Is a reunion between Mourinho and Morata on the cards?

The Spaniard, linked with Premier League champions Chelsea, would more than match United’s quest for an out-and-out striker, given the frequency in which he notched his 15 league goals last season.

Having broken through the 20-goal barrier for the third successive season, and having clinched the Premier League Golden Boot for the second year in a row, almost every club in Europe – including United – would leap at the chance to sign Kane.

An impressive 29 goals and seven assists, despite missing a sizeable chunk of the season due to injury, has seen the England international’s stock rise significantly. Could United prise Kane away from White Hart Lane?

Being able to lessen Spurs’ desire to keep Kane, or Kane’s desire to stay at the club, would be the tricky part. However, they say everyone has got their price.

The 18-year-old sensation has taken Europe by storm and United are among a host of clubs understood to be interested, despite Sky sources understanding reports of a £72m bid from Old Trafford chiefs back in March to be false. 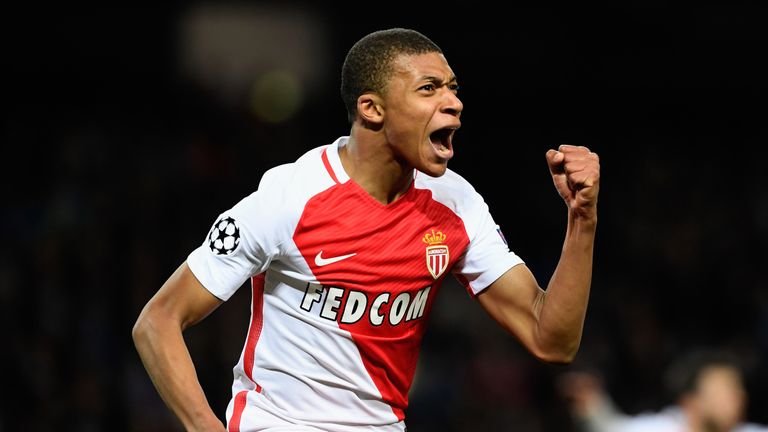 Will Mbappe leave Monaco for Manchester, Madrid or elsewhere?

Behind favourites Real Madrid (2/1), and Premier League rivals Manchester City (6/1) and Liverpool (8/1) in the betting, pursuing the France international may prove fruitless.

Best of the rest…