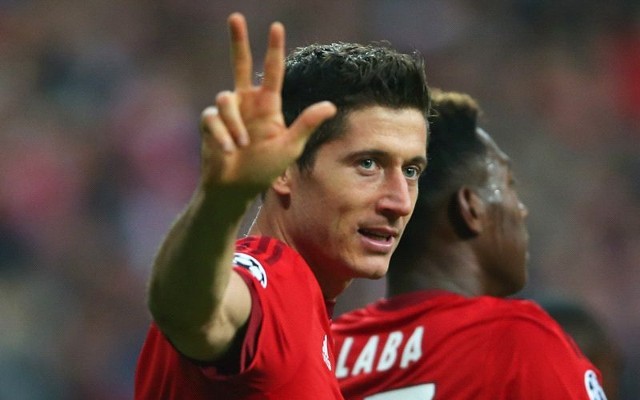 Balague believes Lewandowski’s preferred choice at this stage is Stamford Bridge, but United are thought to be very keen on landing the 28-year-old and held talks with his agent on Tuesday.

The striker signed a new contract with Bayern in December, keeping him at the club until 2021, but said recently that he was “disappointed” over a perceived lack of support at Bayern in his hunt for the Bundesliga golden boot.

He scored 30 goals last season, but missed out on the top-scorer prize to Borussia Dortmund’s Pierre-Emerick Aubameyang by a single goal.

He told the Polish Super-Express: “I was not really happy with how my team helped me. I was annoyed and disappointed with the team’s attitude.”

And his agent Maik Barthel told German football magazine Kicker: “Robert told me that he got no support and that the coach (Carlo Ancelotti) gave no call to help him win the top-scorer title in the last game.

“He was disappointed as I have ever seen him before.”