US intelligence chief Dan Coats: ‘I don’t know what happened’ in Trump-Putin meeting 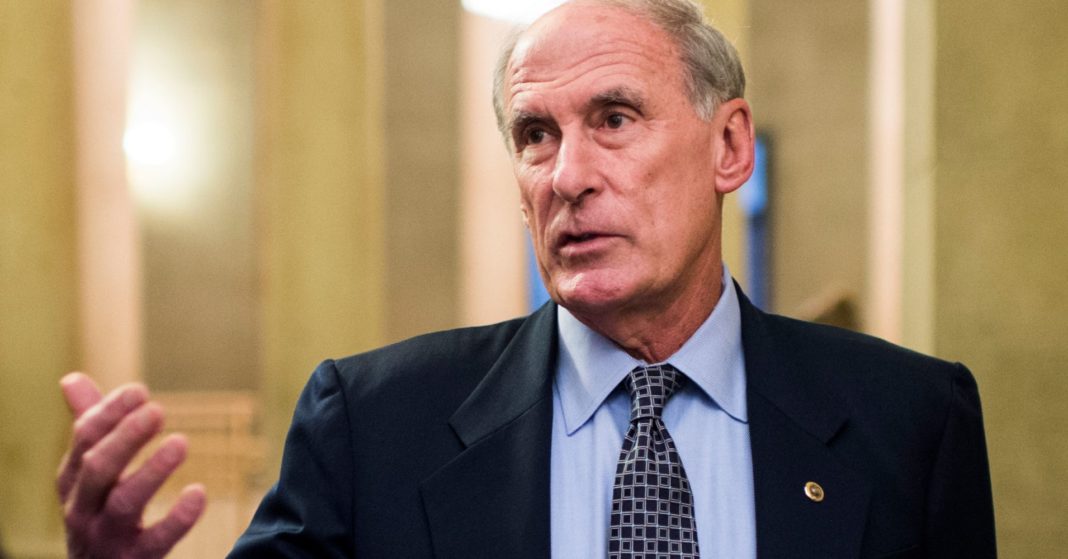 U.S. intelligence chief Dan Coats said Thursday he does not know what was discussed in a lengthy one-on-one meeting between President Donald Trump and Russia’s Vladimir Putin in Helsinki, Finland.

“I don’t know what happened in that meeting,” Coats told NBC News’ Andrea Mitchell at the Aspen Security Forum in Colorado.

Trump met Putin for more than an hour, with just their interpreters in the room, on Monday.

Coats, the director of national intelligence, said he would have opposed that arrangement, which left Trump without an official stenographer or aides in the room.

“If he had asked me how that ought to be conducted, I would have suggested a different way, but that’s not my role,” Coats said. “It is what it is.”

Asked if there is a risk that Putin recorded the meeting, Coats said, “That risk is always there.”

Coats also explained his decision to implicitly rebuke Trump in a statement following the president’s much-criticized press conference alongside Putin after their sitdown.

Trump had refused to say he believed U.S. intelligence agencies’ findings that Russia meddled in the 2016 presidential election and showed a clear preference for Trump.

Coats, in contrast, sent an official statement shortly after the summit, reaffirming that U.S. intelligence agencies “have been clear” about Russian meddling in the 2016 election “and their ongoing, pervasive efforts to undermine our democracy.”

Coats stood by that statement in his interview Thursday.

He added: “Obviously, I wished he had made a different statement, but I think that now that has been clarified based on his late reactions to this.”

“I don’t think I want to go any further than that.”

Coats was referring to Trump’s insistence that he misspoke when he said “I don’t see any reason why it would be” Russia who hacked the Democrats in 2016.

On Tuesday, Trump said he meant to say he didn’t see “any reason why it wouldn’t be Russia.”

During Coats’ interview, White House press secretary Sarah Huckabee Sanders announced in a tweet that Trump had asked National Security Advisor John Bolton to invite Putin to the White House in the fall.

Coats’ real-time reaction to the news drew a laugh from the crowd. “Say that again?” he asked.

“Okay,” he said after a pause. “That’s gonna be special.”