US-China trade war could go on until 2020 presidential elections 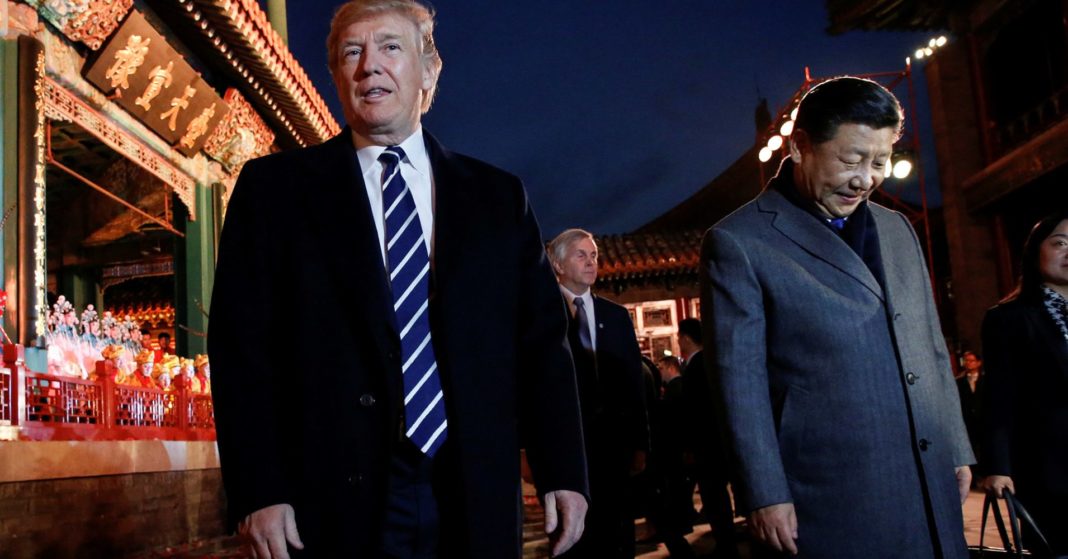 Trade tensions between the U.S. and China could go into “a temporary hiatus” in the coming months, but would remain unresolved until the presidential elections in 2020, according to Standard Chartered Private Bank.

That’s because Washington’s decision to resolve tensions with Beijing will likely be driven by politics, said Steve Brice, chief investment strategist at Standard Chartered Private Bank. U.S. President Donald Trump will be seeking a second term in the White House during the 2020 presidential elections.

“I think it’s going to be a political decision: Does it actually bode well for the U.S. having solved, in Trump terminology, the China trade issue today? One could argue that actually, he’d be better doing that six months before the elections so he’s got the tailwind going into his re-election bid,” Brice told CNBC’s “Street Signs” on Thursday.

A tailwind refers to a situation that will push economic growth and company earnings higher.

Two recent polls in the U.S. found that Americans like the president’s handling of the economy, but that has failed to boost his overall approval rating. Those trends signal possible trouble for Trump’s re-election bid if the economy loses steam.


Trump and Chinese President Xi Jinping are expected to discuss trade at the G-20 summit in Argentina next week, but many experts have said they don’t see any major progress from that meeting.

“You might see a temporary hiatus … but then when you get closer to the presidential elections, then this flares back up and then we’ll see tensions rising again,” said Brice.

Worries about the U.S.-China tariff fight have contributed to heightened volatility in global markets, with investors adjusting their positions in anticipation of the projected slowdown in economic growth and company earnings next year.

“There are plenty of excuses to be a bit more cautious in the short term,” Brice said, adding that “we don’t see that extrapolating into 2019.”

He explained that growth in corporate earnings are expected to slow significantly next year, but would remain slightly above historical long-term average — which is “still relatively healthy.” Inflation in the U.S. is also not expected shoot up quickly and, coupled with slower economic growth, could see the Federal Reserve raising rates at a slower pace next year, he added.

This year, rising interest rates in the U.S. was a reason behind investors withdrawing their money from some emerging markets into U.S. dollar-denominated assets, which contributed to volatile movements in global markets.

The Fed slowing down its rate hike could calm those jitters. Brice said he expects the U.S. central bank to raise rates three more times — once in December and twice in early 2019 — before taking a pause.