Untraceable 3D-printed ‘ghost guns’ on the rise in Canada 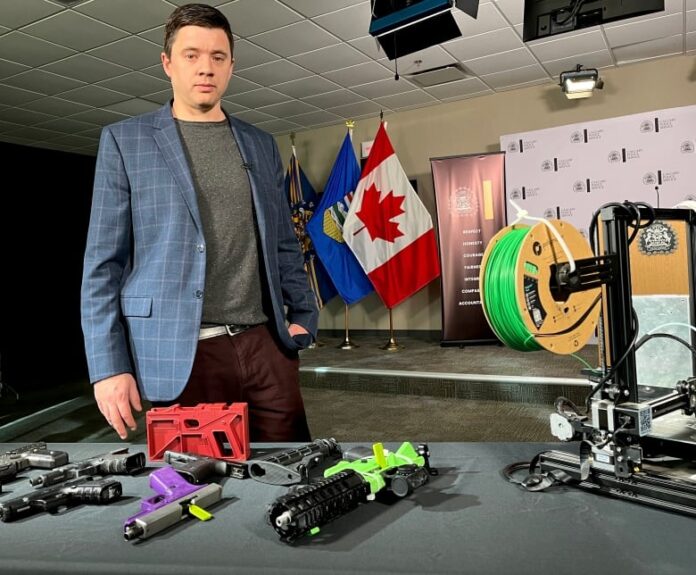 Police in Canada seized more than 100 3D-printed guns last year, with some jurisdictions seeing big increases in this type of weapon and even busting manufacturing rings for the first time.

“I wasn’t a big proponent of putting a lot of resources into 3D-printed guns here in Calgary when we first started [the unit], because we just didn’t see them,” said Ben Lawson, acting staff sergeant of the Calgary Police Service Firearms Investigative Unit.

3D-printed guns fall into a category of homemade firearms referred to as “ghost guns,” in part because they are untraceable.

They have no serial number, because the printed part of the gun is the receiver, the part of the weapon that is regulated in Canada. The other parts of the gun can be purchased at gun stores and online without a firearms licence.

Plans for producing these firearms are easily available online, and the item can be made using a consumer-grade 3D printer.

To get a sense of the scope of the problem, CBC News reached out to 20 police forces across the country and collected data from media reports in areas where police wouldn’t discuss the number of firearms seized.

These guns have been found across the country, from cities such as Saskatoon and Winnipeg, to smaller places such as Stratford, Ont., and Vulcan, Alta.

“When I look at our statistics, it looks like … there’s a flood of 3D guns entering into the city to make up for the gun shortage that we have in the city right now,” said Insp. Elton Hall, of the Winnipeg Police Service, at a news conference in July, after his force seized three 3D-printed receivers.

“I knew this was going to happen,” he said of these guns making their way into Winnipeg, despite efforts he detailed in the news conference to combat gun violence in the city. “It was only a matter of time.”

In December, Winnipeg police announced they had made arrests after a “criminal network solicited and paid legitimate 3D printer services to manufacture” firearm receivers.

The Royal Newfoundland Constabulary announced the bust of a manufacturer in February. Eight 3D-printed firearm frames were seized, along with multiple printers and other items, including silencers, which police said were also 3D-printed.

In Saskatoon, police seized two 3D printers and “a number of gun parts” in January — a first for police there.

“Anyone can go online, they can purchase a computer, a laptop.… They can buy [a 3D printer] for $300 and now they’re printing firearms,” said acting Staff Sgt. Lawson, with the Calgary police.

He said that across the country, an untraceable gun can sell for between $2,500 and $7,500, depending on the city.

The Ontario Provincial Police seized 18 such weapons in 2022, after having found only one before.

The Toronto-area police forces CBC News reached out to had seen very few 3D-printed guns. Peel Region, for example, seized only one last year and hadn’t tracked numbers before that.

York Regional Police have seized a single 3D-printed firearm. It was a “fully functioning firearm” and was used in a carjacking robbery, according to a statement from the police organization. 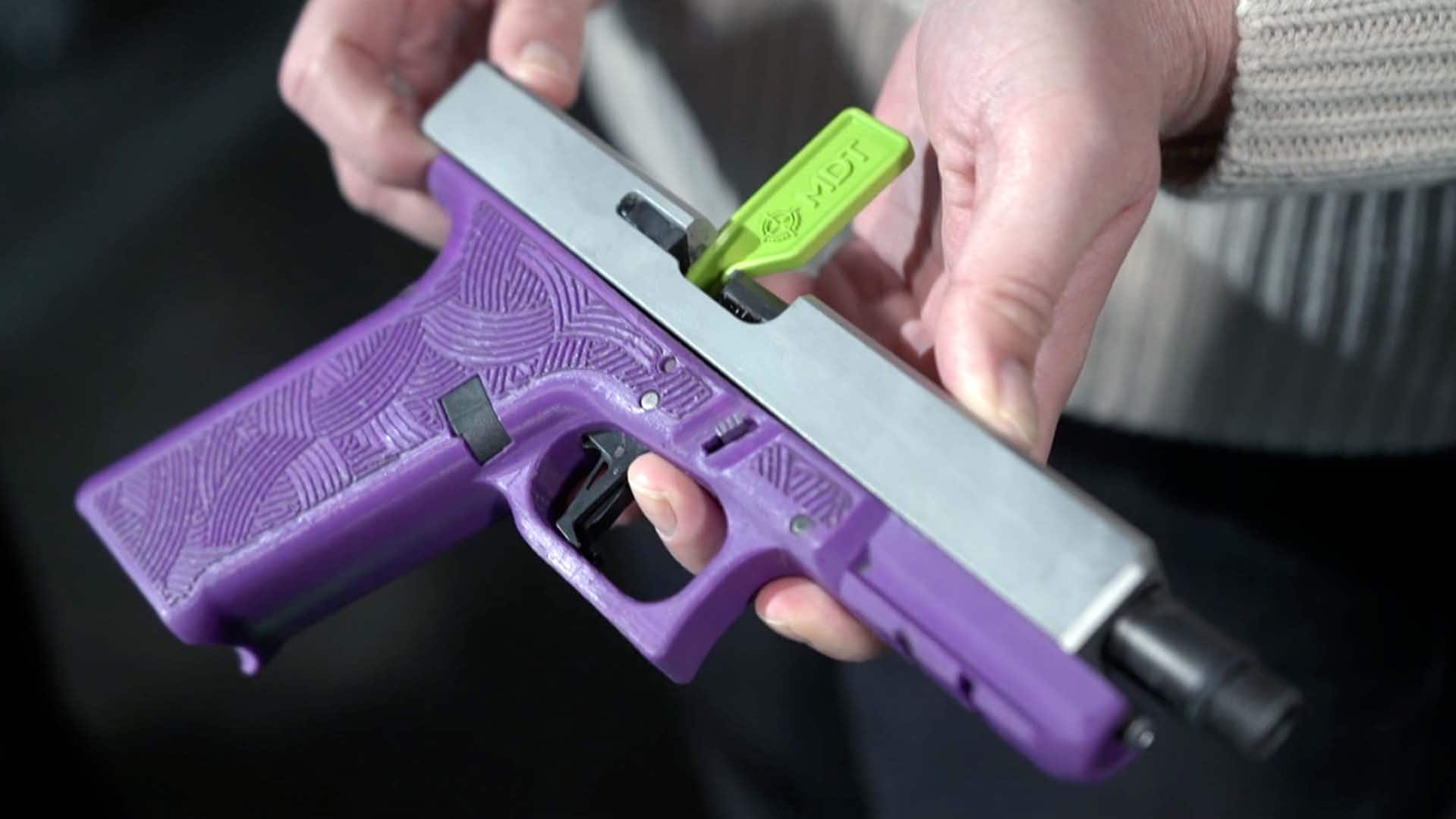 A CBC News analysis uncovers a rising number of untraceable, 3D-printed ghost guns turning up in Canadian cities. Reporter Ellen Mauro sets out to uncover what the threat looks like and asks why more isn’t being done to keep them off the streets.

In Toronto, eight 3D-printed guns have been seized since 2020. But in a statement to the CBC, Toronto Police Services (TPS) said cross-border importation and trafficking of firearms produced by regulated gun manufacturers remained the “predominant public safety threat in Toronto at this time.”

Even so, there are concerns in Canada’s biggest city about other types of untraceable ghost guns.

“While we haven’t seen a rise in 3D guns in particular in Toronto, TPS is increasingly seizing guns that are privately manufactured without serial numbers,” the statement said. “These can include 3D-printed firearms, converted pellet-style guns and other homemade firearms.”

In 2013, 3D-printed guns first made headlines in the U.S. The firearm in question was called The Liberator and it was a single-shot pistol. Its creator wanted to put the plans for the firearm online so others could make it as well.

It was the start of a legal battle stateside that ended in 2018, when a lawsuit filed by Cody Wilson, the creator of The Liberator, was settled. The move made it legal to post firearm plans online.

In most U.S. states, residents are allowed to make a gun for personal use. In Wisconsin, for example, gun designer Ethan Middleton has put plans for firearms online, sharing them with a large community of 3D-printed firearm enthusiasts.

Middleton says, for him, it’s about rights enshrined in the U.S. Constitution: the First Amendment, or freedom of speech, and the Second Amendment, the right to bear arms.

“We see this as freedom of speech. It’s an art form,” Middleton said. “I think these types of things being out in the public help responsible adults and responsibly armed people stay responsibly armed, whether the government thinks they should be able to or not.”

Middleton’s gun designs are named after foods (Apple Pie, Mac n Cheese) and have been downloaded thousands of times. He says a number of Canadians have contacted him about his designs.

“There’s a couple of dudes who message somewhat frequently, basically just looking at the files, saying, ‘Hey, I really appreciate what you’re doing.'”

The purpose ‘is to evade the law’: Mendicino

In an interview with CBC News, Public Safety Minister Marco Mendicino said, “My biggest concern around ghost guns is that it is fast, it’s cheap, it’s accessible and its purpose is to evade the law. And so it’s very obvious why it is that organized crime uses this technology.”

Mendicino said the committee “is examining a way in which we can make it illegal under the law with further particularity in the definition of parts of a firearm, which would include barrels and slides.”

He said that the government wants “to send a very powerful signal to the organized criminal community that if you’re in the business of trying to evade accountability through the law, that we’re going to make it harder for you, through this deterrence, and bring you to justice.”