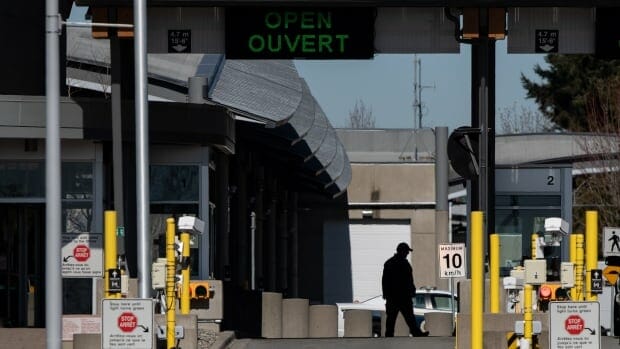 The unions representing Canada’s border agents are warning travellers to expect long lineups and delays at airports and border crossings if workers proceed with planned job action on Friday.

Around 8,500 workers represented by the Public Service Alliance of Canada (PSAC) and the Customs and Immigration Union (CIU) are set to take part in a work-to-rule strike which will see agents performing only the minimum amount of work required by their contracts.

“We truly hoped we wouldn’t be forced to take strike action, but we’ve exhausted every other avenue to reach a fair contract with the government,” said Chris Aylward, PSAC’s national president, in a media statement.

That change goes into effect on Monday, August 9.

The unions are warning that a work-to-rule strike would have a “dramatic impact” on the border reopening as well as Canada’s supply chain.

In addition to airports and land borders, the job action would also slow down operations at commercial shipping ports, postal facilities and CBSA offices.

Members of the unions voted to strike in late July. The unions say they are seeking better protection against harassment and discrimination, changes to what they call the CBSA’s “toxic workplace culture” and better wage parity with other law enforcement agencies.

CBSA says it will ‘respond quickly’ to job action

In a statement to CBC News, the CBSA did not say if it expects the type of delays being described by the unions. It said it will “respond quickly to any job action” to ensure the border remains safe and open to legitimate travellers and goods.

The agency also noted that 90 per cent of border agents have been identified as essential workers. A CBSA spokesperson said that in the event of a strike, “we expect that our officers will continue to fulfil their duties with the highest level of integrity and professionalism.”

The unions say they are back at the bargaining table with the federal government today in the hopes of reaching a new deal before the strike is scheduled to begin — at 6 a.m. EDT on Friday.

The Treasury Board has said that the unions rejected what Ottawa considered a fair offer, which included wage adjustments and other provisions in line with other deals agreed to by PSAC.

Strike threat ‘knocked the stuffing’ out of tourism sector

Canadian businesses that rely on international tourism have been eagerly anticipating Monday’s border reopening, but their excitement is being tempered by news of the possible strike.

“There was a lot of anticipation around Monday’s border reopening,” said Beth Potter, president and CEO of the Tourism Industry Association of Canada.

She said tourism businesses that rely heavily on U.S. customers — such as fly-in fishing lodges and other operations that offer access to Canada’s wilderness — would be most affected by disruptions at the border.

“That just knocked the stuffing out of some folks,” Potter said. “These are businesses that have been struggling, that have been the hardest hit in all of the pandemic.”