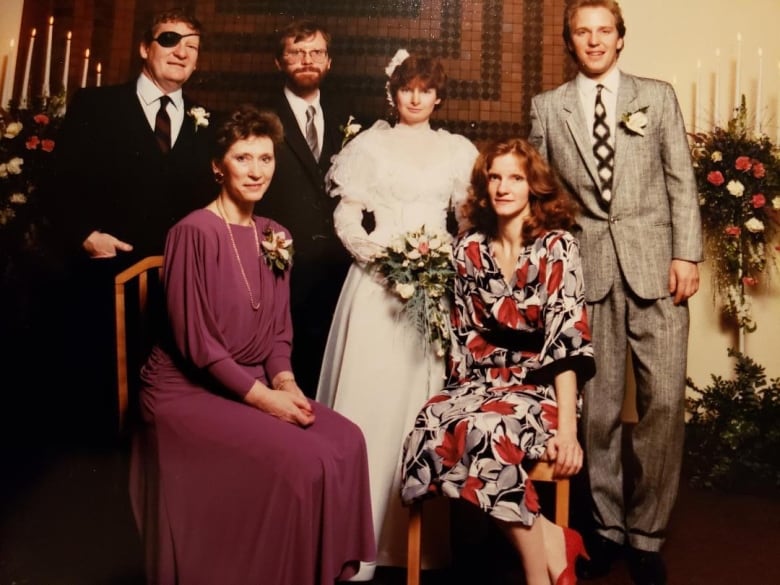 A family hit hard by the COVID-19 pandemic is angry that Canada’s border restrictions are keeping a son in New York City from seeing his elderly, sick mother in Toronto.

Ottawa last month relaxed travel restrictions for immediate family members of Canadian citizens and permanent residents. But the federal government’s definition of immediate family does not include non-dependent children, leaving dozens of people being denied entry into Canada to reunite with loved ones.

Timothy Martin House says he was hopeful about the changes — until he read the fine print.

“I’m not on this list. How is that possible?” said House. “That list is big. Somehow they manage to leave sons and daughters off. It’s beyond frustrating, it’s infuriating and disappointing.”

Under the new guidelines, foreigners — including U.S. citizens — are allowed to visit family in Canada provided they quarantine for 14 days and qualify for the family exemption which applies only to: a spouse or common-law partner; a dependent child or grandchild; a parent or step-parent; and a guardian or “tutor.”

House’s sister in Toronto, Mary Goldman, says she was shocked when the Canada Border Services Agency confirmed that her brother wouldn’t be allowed into the country because he does not qualify as “immediate family” under the government’s current criteria.

“We got all excited when our prime minister went to the podium and said he would allow immediate family, like he’s so compassionate,” Goldman said. “And then [Timothy] doesn’t fit any of the criteria… And the criteria is allowing tutors — how does that make sense?”

The founder of Advocacy for Family Reunification at the Canadian Border told CBC News that, despite the loosened rules, his organization has heard from hundreds of foreigners who are still separated from their Canadian families — most of them committed cross-border couples who aren’t married and don’t fall under the definition of common-law.

“For the past five weeks, our group has gone to 1,600 people. And even with the family reunification exemptions, there are still a number of people who are excluded, and that will include adult children,” said David Poon, a 34-year-old physician from Regina who founded the organization after being separated from his own partner, who lives in Dublin.

The group has launched a petition asking the federal government to expand its definition of immediate family. Poon says Canada’s decision on Tuesday to extend the ban on foreign travellers, including those who do not qualify as immediate family, is “very upsetting.”

House and Goldman say their 85 year-old mother’s health has “dramatically declined” after she was confined to her suite at her retirement residence for five weeks due to a coronavirus outbreak at part of the facility. After a brief stay at home with her daughter, she had to be moved into long-term care.

They say she has symptoms of dementia and struggles to speak, move and interact with her children the way she used to. They also believe the isolation precipitated her decline.

“We all fear she might forget us eventually,” says Goldman. “Mentally, she has lost her short-term memory. She is at times confused and she’s no longer able to concentrate enough to hold a conversation. Physically, she’s lost a lot of strength.”

House came to Canada with his family as a teenager in the 1970s, but went back to the United States after graduating from high school and has lived there ever since. Unlike his siblings, he never applied for Canadian citizenship or permanent residency.

House, who owns a bar in New York City, says the pandemic has been tough on business, but his biggest fear is not being allowed into Canada in time to see his mother before she can no longer recognize him, or before she dies. He describes her as “an exceptional example of what a human being can be.”

“You know, there’s guilt. You should be by your  mother’s side at this stage, and I can’t get over there no matter what I do because they closed the borders.”

This isn’t the family’s first COVID-19 challenge. Goldman’s husband, Mike, lost both his parents after they tested positive for the virus. They had been married for nearly 65 years.

“It does seem cruel,” says Goldman. “My brother, my mother and my family are suffering because of this. As a family, it’s very hard”.

One Toronto lawyer tells CBC News the family’s struggle is shining a light on a problem many Canadian immigrants have known about for years but has been exposed by the pandemic.

Avvy Go, director of the Chinese and Southeast Asian Legal Clinic, describes Canada’s definition of immediate family as a “Western concept of nuclear family,” in which only spouses and younger children are included, often leaving out grown children and grandparents.

“For the longest time, Canadians in general didn’t know anything about immigration law because they weren’t directly affected by it,” says Go.

She hopes this experience will serve as an eye-opener for Canadian families.

“I hope more Canadians become aware of this and will be calling on the government to change the law … for all of us.”

The Canada Border Services Agency declined an interview request, but said in a statement that the government recognizes “these are difficult situations for some; however, these are unprecedented times, and the measures imposed were done so in light of potential public health risks.”

According to the CBSA, 1,899 foreigners were allowed in Canada under the new immediate-family exemption between June 9, the day the exemption kicked in, and June 23, while 69 requests were denied.