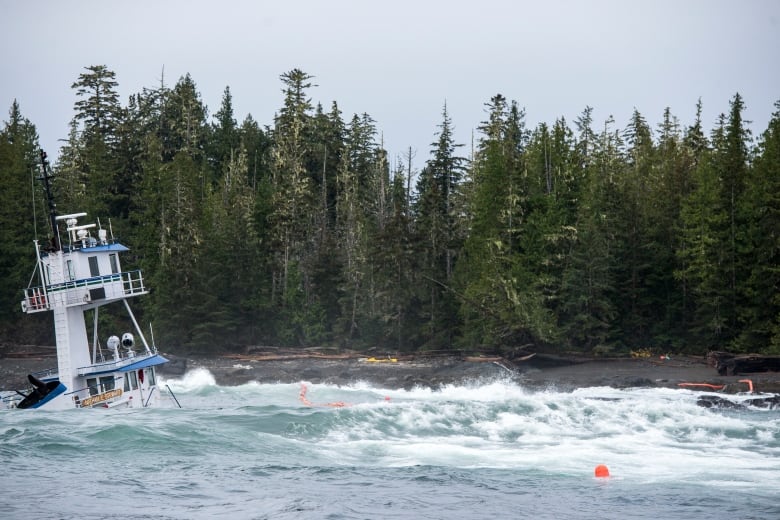 The Nathan E. Stewart spilled 110,000 litres of diesel and heavy oils into the Heiltsuk Nation’s fishing territory on B.C.’s Central Coast in October 2016. Kirby Corp. is scheduled to be sentenced under the Fisheries Act for the spill on Tuesday. (Heiltsuk Nation)

A Texas-based company is scheduled to be sentenced Tuesday after pleading guilty to a diesel spill from a tugboat that ran aground and sank in a First Nation’s fishing territory on B.C.’s Central Coast.

The Nathan E. Stewart spilled 110,000 litres of diesel and heavy oils in October 2016 and the Transportation Safety Board ruled last year a crew member missed a planned course change because he fell asleep while alone on watch.

Court documents on the provincial court website show Kirby Corp. has pleaded guilty to three of nine counts, while a civil case for damages filed by the Heiltsuk Nation is ongoing.

The guilty pleas are related to separate counts under the Fisheries Act, the Migratory Birds Convention Act and the Pilotage Act for the fuel spill that damaged both fish and birds, and for failing to have a pilot aboard the vessel. 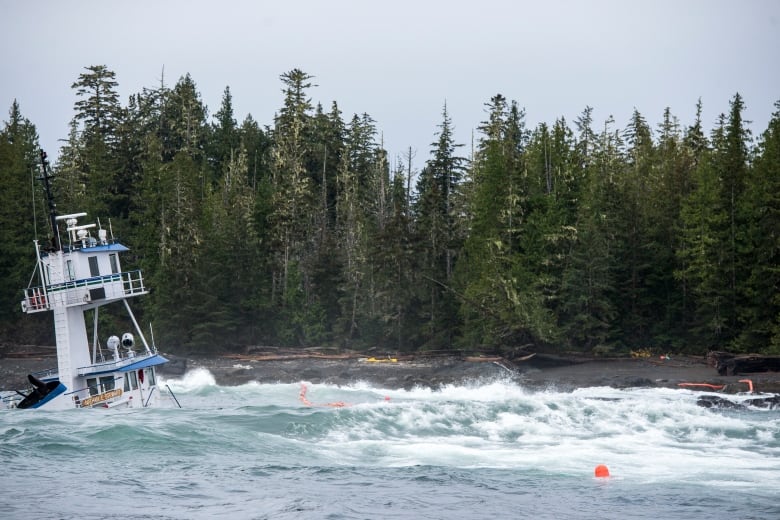 Chief Marilyn Slett of the Heiltsuk Nation said the hearing on Tuesday will include a sentencing circle of community members, chiefs, first responders and representatives for Kirby as part of the proceedings, which will be held at a gym in Bella Bella, B.C., to accommodate observers.

“It’s more customary to our way to sit in a circle rather than a western courtroom appearance,” Slett said.

Kirby spokesman Matt Woodruff was not available for comment.

Slett said her community has waited nearly three years to have a voice in connection with the incident, which devastated the lives of many people who fished in the area for sustenance and employment but have still not been able to return to that culturally significant harvesting practice.

“It’s part of our bread basket,” she said of Gale Creek, the site of the spill.

“It’s a place where the community would harvest, at a minimum, 25 food species. These included black cod, clams, crab, halibut, kelp, rock cod and various species of salmon.

“We have one grocery store in our community so we rely heavily on our marine resources to be healthy, to live.” 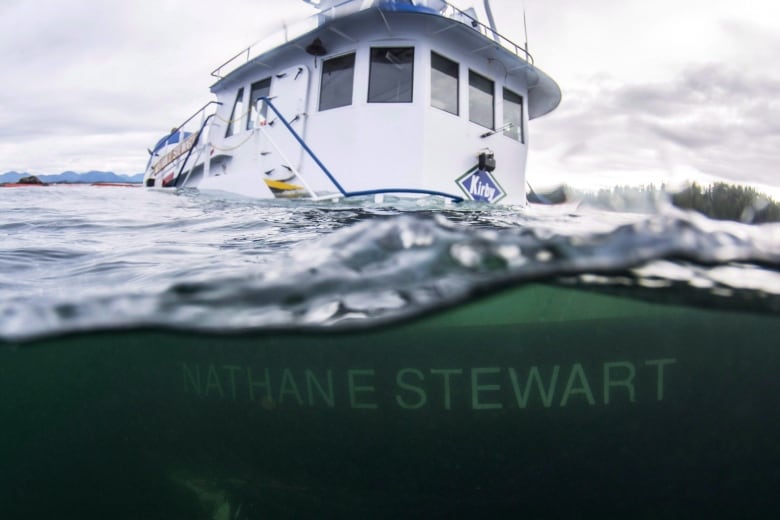 The tugboat Nathan E. Stewart is seen in the waters of the Seaforth Channel near Bella Bella, B.C., in an Oct. 23, 2016, handout photo. A TSB report cites fatigue as a factor in the ship running aground. (Heiltsuk First Nation, April Bencze/THE CANADIAN PRESS)

Beaches were contaminated just when the community was preparing for a commercial clam fishery that would have supported 50 families, and no traditional marine harvesting has since been done in the area, Slett said.

Kirby has yet to carry out an environmental impact assessment to determine the state of the spill site as the Heiltsuk continue to use their own resources to conduct research, she said, adding that the village site used by five of the nation’s tribes was previously “pristine.” 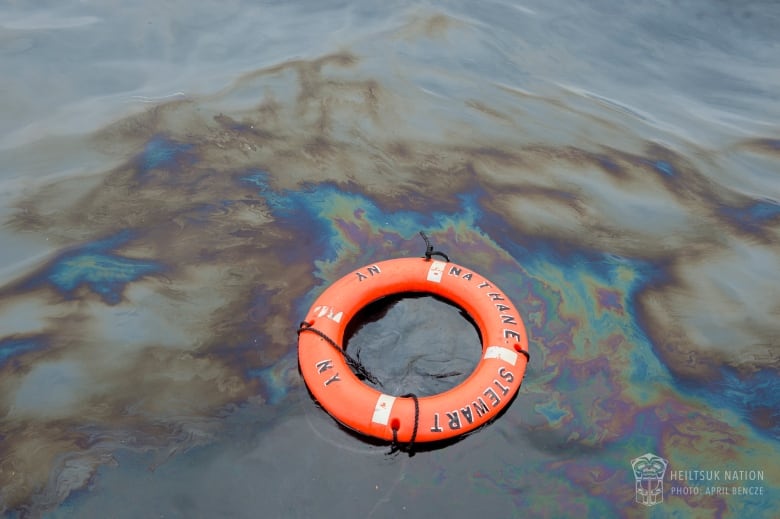 Diesel fuel from the sunken Nathan E. Stewart floats in the Seaforth Channel near Bella Bella, B.C. Chief Marilyn Slett of the Heiltsuk Nation said Gale Creek, the site of the spill, is ‘a place where the community would harvest, at a minimum, 25 food species.’ (April Bencze/Heiltsuk Nation)

Slett said she’s concerned about the lack of an adequate oil spill response system nearly three years after the spill, despite an Oceans Protection Plan announced by the federal government in 2016 in connection with the planned Trans Mountain pipeline expansion.

“The state of marine response today is still the same. Until we are able to come to agreements and partnerships around including Indigenous communities in marine response in the Central Coast, the Heiltsuk community is still very much in a vulnerable position,” she said.

The Heiltsuk Nation has been in discussions with Transport Canada and the coast guard to provide resources to First Nations first responders in case of another spill, due to concerns that a contractor did not arrive on site until the evening, hours after the early-morning incident in 2016, Slett said.

CBC Short Docs: A 360° documentary. Experience the aftermath of the diesel spill, see how the damage has affected one family and join a family dinner of seafood gathered before the disaster: