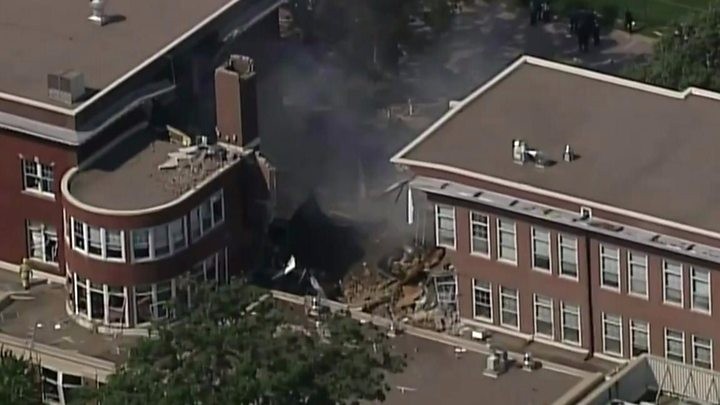 Two people are unaccounted for and nine others were injured after an explosion partially levelled a school in the US state of Minnesota, police say.

Investigators suspect natural gas as the cause of the blast at Minnehaha Academy in the city of Minneapolis.

Rescuers plucked three people from the roof after the explosion, which set part of the building ablaze.

Medics said three people were in a critical condition, four in serious condition and two had “minor trauma”.

The Minneapolis Fire Department initially said one fatality was reported, but later said that death was unconfirmed.

Assistant Fire Chief Brian Tyner told the Minneapolis Star-Tribune that a “search and rescue mission” is on for two people.

“Our hopes are that they are not in there,” he said, referring to the smoking mound of rubble.