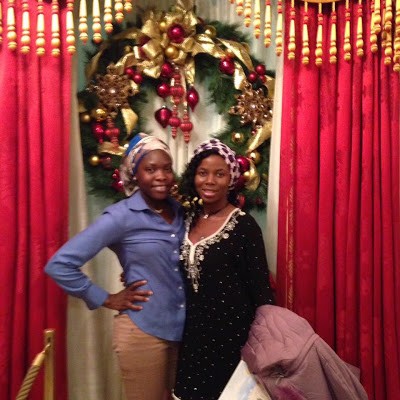 Two Chibok schoolgirls, who escaped from the Boko Haram militants have graduated from a high school in Washington D.C.

The two girls known simply by their first names Debbie and Grace graduated after completing junior year (11th grade) and senior year (12 grade) at a private school in the Washington metro area in America.

Debbie and Grace were part of the 57 girls who escaped from the Boko Haram terrorists after the mass abduction of almost 275 schoolgirls in April 2014.

Unlike most of their colleagues who jumped out of the trucks en route, the two were taken all the way to the terrorists camp in Sambisa before they escaped and made it back home in a terrifying journey that took about a week with their captors in hot pursuit.

They were the last to escape Boko Haram until last year’s escape of Amina Ali after two years in captivity.

The two schoolgirls were among a dozen Nigerian girls sponsored to school abroad by a Nigerian NGO Education Must Continue Initiative with the help of US-based international human rights lawyer, Emmanuel Ogebe.

By this graduation, Debbie and Grace became the first escaped Chibok girls to graduate from an American high school with diplomas after completing and meeting academic standards.

This comes three years after terrorists interrupted their education during their final year in school in northeast Nigeria.

Several other girls had dropped out of EMC’s school abroad project after managing to graduate from middle school (8th grade) last year and are now attempting to take the GED exam (external GCE equivalent).

On hand to witness the graduation of the two Chibok girls in the class of 2017 were a delegation from Nigeria which included the founders and directors of Education Must Continue Initiative Mr. and Mrs. Paul Gadzama and the parent of one of the girls who traveled all the way from Chibok in northeast Nigeria.

The only Chibok girl currently pursuing a degree program in an American university, cut short her summer vacation in Nigeria to return for the graduation of her colleagues.