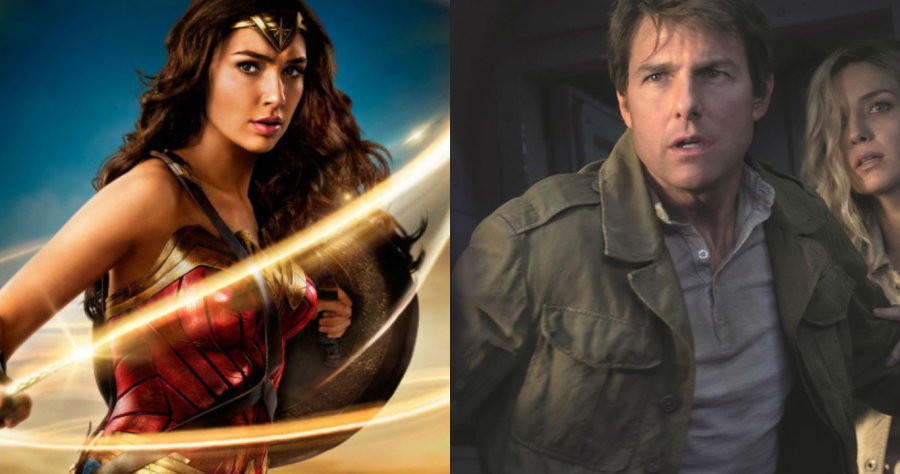 After 27 years, we finally—finally!—met Agent Cooper’s mythical confidant Diane on tonight’s Twin Peaks, and she was exactly who we thought she’d be, in the best way possible.

Cole (David Lynch) and Albert (Miguel Ferrer) are still on their quest to find the real Agent Cooper, so tonight, Albert headed out on his own in the rain (about which he cursed Gene Kelly). He approached a blonde woman sitting at a bar and said, “Diane?”

The blonde turned around, and it was none other than Laura Dern in a very cool wig. She said, “Hello, Albert,” and that was it. That’s all we got. This show is such a tease!

Elsewhere, some dudes did some stuff, one of the dudes ran over a child in his truck, Hawk (Michael Horse) found a note in a bathroom stall door, several people were murdered with an ice pick, and Agent Cooper (Kyle MacLachlan) did some magical doodling for about half the episode.

These are some of the questions we asked ourselves as it was all happening:

How did it take this long for Dougie’s wife to finally realize something was very wrong with the man who looks like her husband? He seems severely ill, and all you can do is put him in a suit and yell at him? We were going to ask why Dougie’s wife is slightly horrible, but we’re getting the impression that Dougie deserved it. Coop, however, does not.

Who are these men? We asked this question several times, and we ask it every week, but tonight, really, who were those men? Who’s the guy with the coin? Who’s the guy who ran over the kid (which was truly devastating)? Why are they both such assholes? Why were we not able to understand/care what was happening in the coin flip scene, even after we rewatched it twice?

What magic did Dougie/Cooper’s doodles hold? It better be impressive because we watched him draw on those insurance claims for a VERY long time.

Why does the boss of the guy at the desk want Dougie dead? Why was his hitman’s preferred weapon an icepick?

How much longer can we take Cooper as Dougie? Kyle MacLachlan is a treasure but this shtick is getting old. Diane had better find him fast.

What has Diane been doing all these years? Were she and Cooper in love at some point? Did she get all of Cooper’s messages? How did Albert know she was at that bar? What would it take to get an entire episode devoted to the life history of Diane? Where is this bar where smoking inside is still allowed? Would Laura Dern as Diane have showed up in the original series if it hadn’t been canceled?

Does old man Carl have some sort of supernatural ability? Can he bring that boy back to life, please?

When will Shelly (Madchen Amick) have something more to do than hand out money to her troublesome daughter and pies to her best pie customer? When will we find out who Amanda Seyfried’s father is?

Why is Twin Peaks policeman Chad literally the worst? Is it bad that we’re sort of hoping for his gruesome death?

Where is Audrey Horne?!