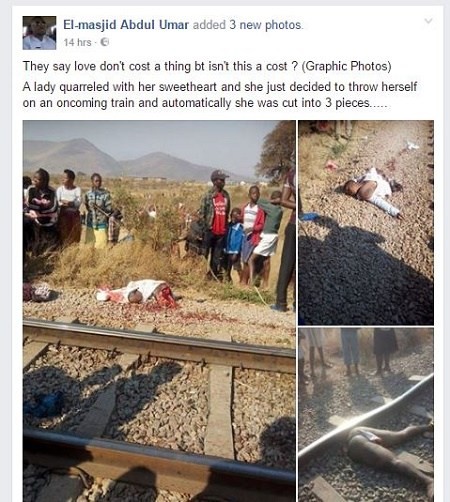 On Sunday, June 11, 2017  sympathisers gathered to mourn the death of a pregnant woman and her two-year-old son by electrocution at the Alare Compound of Aremo in Ibadan North-East LGA.
The incident reportedly happened when the woman was spreading some clothes she had washed on a line at her residence when she got electrocuted first then her scream was said to have drawn the attention of her son, who ran to his mum, hugged her and was electrocuted, too.
According to eye witnesses, “a nearby hotel had connected a wire to a house to provide illumination for passers-by at night. Unknown to the deceased, who was four months pregnant, the insulator on the wire had worn off. As she was spreading her clothes on it, she was electrocuted. She screamed, attracting the innocent boy, who ran to his mum. He too got electrocuted on the spot.”

Oyo state’s Police Public Relations Officer, SP Adekunle Ajisebutu, said the bodies had been taken to the Adeoyo General Hospital morgue for autopsy and that investigation had begun. 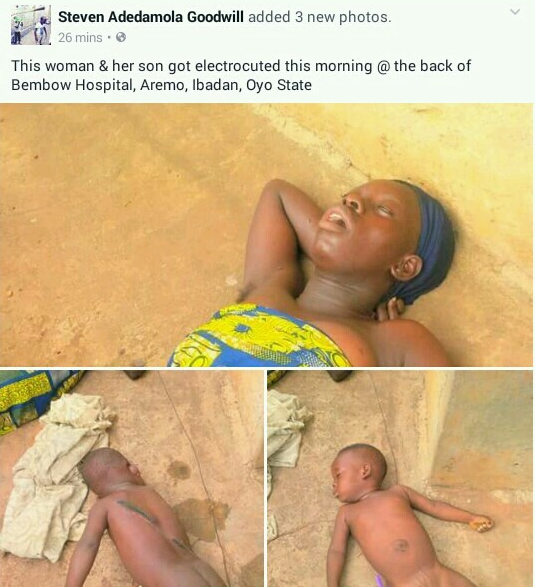 Share
Facebook
Twitter
WhatsApp
Pinterest
Linkedin
ReddIt
Email
Print
Tumblr
Telegram
Mix
VK
Digg
LINE
Viber
Naver
Previous articleUpdate: Indonesian Govt responds to the rape of its citizen by a Nigerian man in Cambodia
Next articleChioma got rid of Ulcer after battling with it & its complication for years