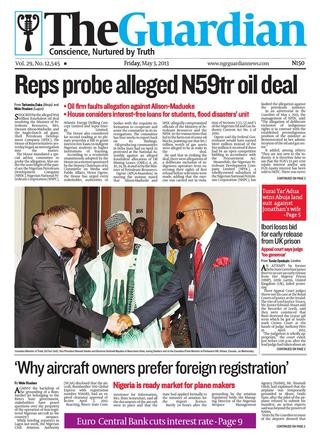 The Award which was presented to him last Friday in his office by the CEO of Printmarks International, Babajide Macaulay, the organizers of the event, was received on his behalf by his Special Adviser, Corporate Communications, Mr Ademola Adedoyin.

The Award, an initiative of the Ooni of Ife, Oba Enitan Adeyeye Ogunwusi, Ojaja I, was instituted to honour “outstanding Yorubas…who are not only successful in their endeavours but also have carved a niche for themselves in Yorubaland, contributing in no small way to the upliftment and growth of Yorubaland.”

The Award ceremony took place on Tuesday, August 8 in Lagos. The Oonirisa presented the awards to the distinguished Yoruba leaders who were honoured with the awards. Dr Ayeni was unavoidably absent at the event.

The event organisers described Dr Ayeni as an outstanding corporate chieftain and entrepreneur of great vision who as Vice Chairman of Integrated Energy Distribution and Marketing Ltd (IEDM), led a successful bid to take control of the Ibadan and Yola Electricity Distribution companies. This marked the first privatization of a national energy asset in Nigerian history.

IBEDC covers most of the South Western states including Oyo, Osun, Ogun and the North Central State of Kwara. IBEDC has the widest coverage of all the Distribution Companies.

Dr. Ayeni is also the major promoter of NATCOM consortium, which bought over the former NITEL and now trades under the brand name ntel. He is the Vice Chairman of the company. Ntel is Nigeria’s most revolutionary 4G/LTE-advanced network that delivers super fast call-connect times, Crystal voice-over-LTE and high-speed internet access.

He is also chairman of JKK (Nigeria) Plc and Temple Resources Ltd and sits on the boards of PPP Fluid Mechanics Limited and Hightech Procurement Limited.

Ayeni is an advocate of banking and trade reforms that will make doing business easier in Africa. He is widely acknowledged as a philanthropist supporting various charitable organizations throughout Africa.