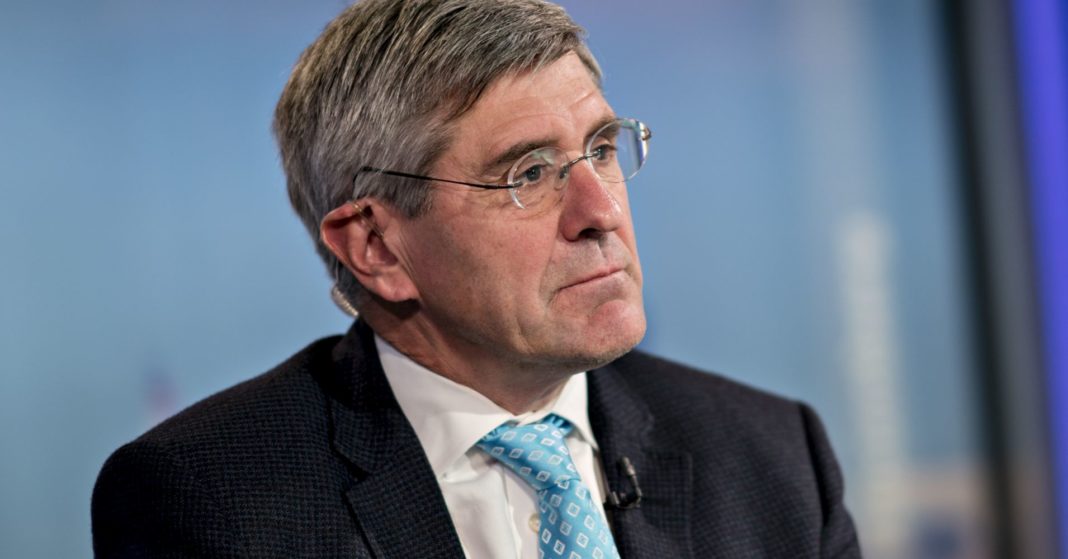 President Donald Trump‘s pick to a fill a vacancy at the Federal Reserve has run into more trouble thanks to new revelations about his past remarks.

Video has surfaced of Stephen Moore making disparaging remarks about Cleveland and Cincinnati. The statements were made during a forum at the Heartland Institute in August 2014.

During a talk that spanned a number of economic topics, the subject shifted to the Midwest and the various fiscal challenges the area faces.

“Let’s start with Chicago. I mean, I’m biased, but Chicago is a world class city, right? There is no reason Chicago is not the Hong Kong of the Midwest United States,” said Moore, who at the time was chief economist at the Heritage Foundation, a conservative think tank where he continues to serve as a distinguished fellow.

So far so good, but the remarks then turned to a put-down of other big cities in the region.

While the remarks sparked laughter from the audience, the disparagement prompted a swift rebuke this week from Sen. Sherrod Brown, an Ohio Democrat who said they were enough to eliminate Moore from consideration for Fed seat.

“That view should be disqualifying for the critical role of Governor of the Federal Reserve Board. You didn’t just insult Cleveland and Cincinnati – you dismissed millions of Americans who work and live in small towns and cities across the industrial heartland, and who have been looked down on and left behind by Washington and Wall Street for decades,” Brown said in a letter he sent to Moore.

“As a public servant, your job would be to fight for these Americans — something you cannot do when you don’t know the first thing about the places where they live,” he added.

The remarks are another potentially embarrassing obstacle for Moore, whose prospective Fed candidacy has led to revelations about past problems with spousal support, taxes and, most recently, sexist remarks he made about women in sports for columns he wrote for the National Review.

The revelations come just two days after another potential Trump Fed pick, Herman Cain, withdrew his name from consideration amid reports that he did not have enough Republican support in the Senate. Cain was dogged with allegations of abusive behavior toward women during his 2012 presidential run.

Neither Cain nor Moore have been officially nominated for Fed positions.

In his letter, Brown, who lives in Cleveland, said Moore’s statements show he doesn’t understand the challenges faced by those whose interests he would represent on the Fed.

“Based on your bias against communities across the heartland of our country, it’s clear that you lack the judgment to make important decisions in their best interest,” the senator wrote.