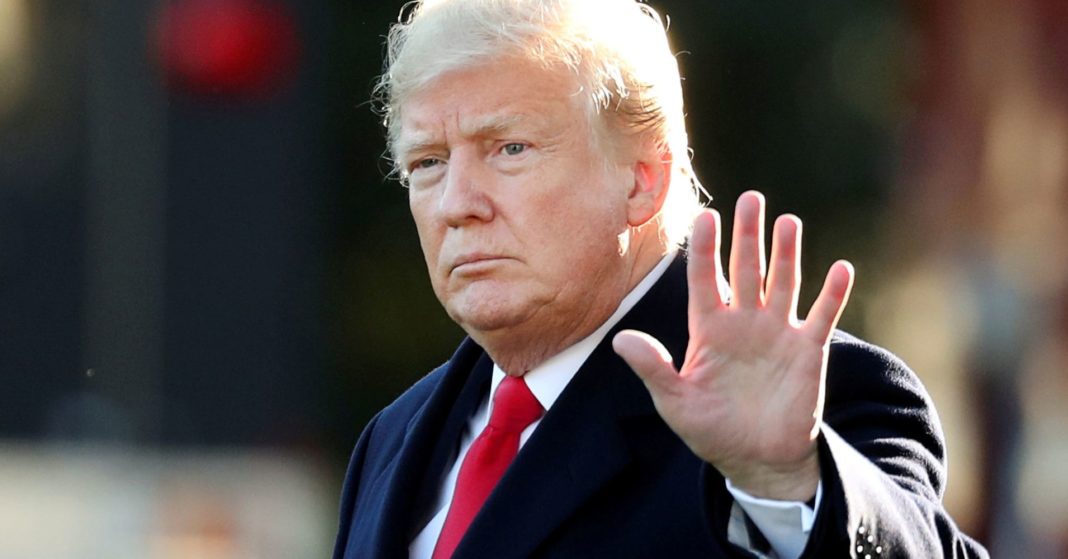 The president insisted that a plan to do away with birthright citizenship for children born to noncitizens and unauthorized immigrants is “in the process.” It can “definitely” be done with legislation, he told Axios. But he won’t use legislation. “It’ll happen … with an executive order,” he said. “It was always told to me that you needed a constitutional amendment. Guess what? You don’t.”

But the president is wrong. Despite Trump’s claim, there’s more than a century of case law that suggests that the Constitution protects against just the type of legal decree he claims he is preparing

The president’s remarks did not include who provided the legal advice he was relying on, and the White House did not respond to a CNBC inquiry on the matter.

Trump is taking on the 14th Amendment, passed in 1868 to grant citizenship to former slaves. It’s one of the most heavily litigated provisions of the Constitution. Since at least 1898, the Supreme Court has held that it grants citizenship to children of noncitizens

In that 19th century case, United States v. Wong Kim Ark, the court ruled that a child of Chinese parents who was born in San Francisco was a U.S. citizen by virtue of his California birth.

“In the forefront both of the Fourteenth Amendment of the Constitution and of the Civil Rights Act of 1866, the fundamental principle of citizenship by birth within the dominion was reaffirmed in the most explicit and comprehensive terms,” the court wrote at the time.

The debate continued. A few years back, amid clamoring in Congress over the issue, the nonpartisan Congressional Research Service prepared a report on the matter.

The service found in its 2012 memo that even at the time it was passed, the 14th Amendment was “intended to extend U.S. citizenship to all persons born in the United States and subject to its jurisdiction regardless of race, ethnicity or alienage of the parents.” The protection was further enshrined in an Act of Congress, the 1866 Civil Rights Act, which had been passed over the veto of President Andrew Johnson.

Rep. Justin Amash, R-Mich., one of many lawmakers in Congress who previously worked as an attorney, immediately blasted the president’s move as unconstitutional.

“A president cannot amend Constitution or laws via executive order,” Amash wrote in a post on Twitter. “Concept of natural-born citizen in #14thAmendment derives from natural-born subject in Britain. Phrase “and subject to the jurisdiction thereof” excludes mainly foreign diplomats, who are not subject to U.S. laws.”

Amash has taken positions at odds with the president before, and was critical of Trump’s selection of Justice Brett Kavanaugh as his second Supreme Court nominee.

Sen. Lindsey Graham, R-S.C., another former attorney, said he supported the president’s willingness to take on “this absurd policy of birthright citizenship.”

Graham said that he would introduce legislation “along the same lines” as the president’s proposed executive order.

James C. Ho, a conservative lawyer whom Trump appointed to the United States Court of Appeals for the Fifth Circuit last year, weighed in with a 2006 paper titled “Birthright Citizenship and the Original Understanding of the 14th Amendment.”

In it, he wrote that any legislation that removed birthright citizenship would likely be voided by the nation’s courts.

“All three branches of our government – Congress, the courts, and the Executive Branch – agree that the Citizenship Clause applies to the children of aliens and citizens alike,” he wrote.

No legislation to remove birthright citizenship was passed. Nonetheless, some conservative scholars have continued to press the issue

It is possible that the president’s decision to announce his intention to do away with birthright citizenship is more a political calculation than a legal one. Trump rose to power promising to clamp down on immigration, and riled up his base with chants promising to “build the wall.”

In recent weeks, the president has made a number of outlandish promises to gin up support ahead of the Nov. 6 midterms. Earlier this month, for instance, he said his administration would produce a “resolution” to deliver a 10 percent tax cut to the middle class ahead of the elections, despite Congress being out of session. That resolution has yet to materialize.

In an instance with a more direct connection to the birthright citizenship issue, the president on Monday deployed 5,200 active duty troops to the southern border to ward off a migrant caravan that remained hundreds of miles away in southern Mexico. The president said, without evidence, that the caravan contained “Gang Members and some very bad people.”

The administration has a track record of legally dubious executive orders. In his first year in office, the president attempted to limit travel to the U.S. from a number of Muslim-majority countries. That order was blocked in court, and ultimately revised twice before a version was upheld earlier this year in a landmark Supreme Court ruling.

Pollsters have said that it looks likely, though not inevitable, that the GOP could lose control of the House of Representatives, which would hamstring the president’s legislative agenda. Democrats have pledged strong oversight if they take the chamber.