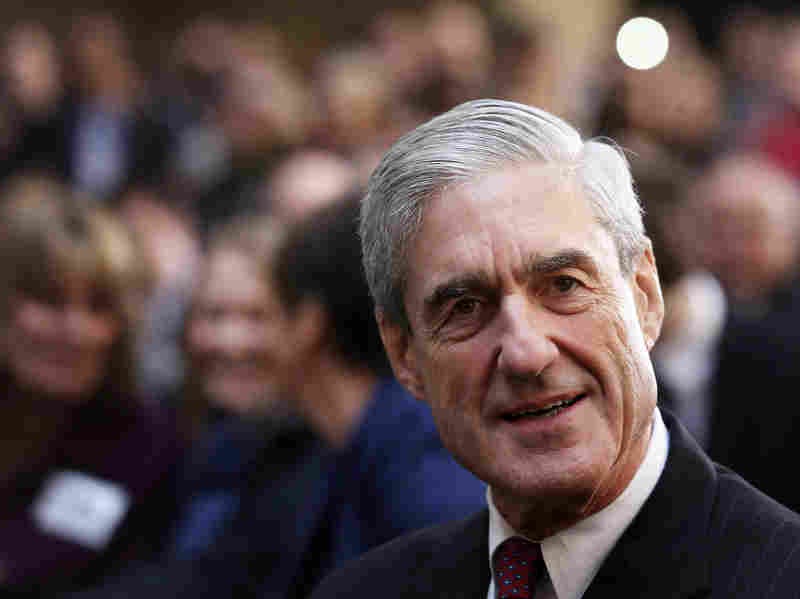 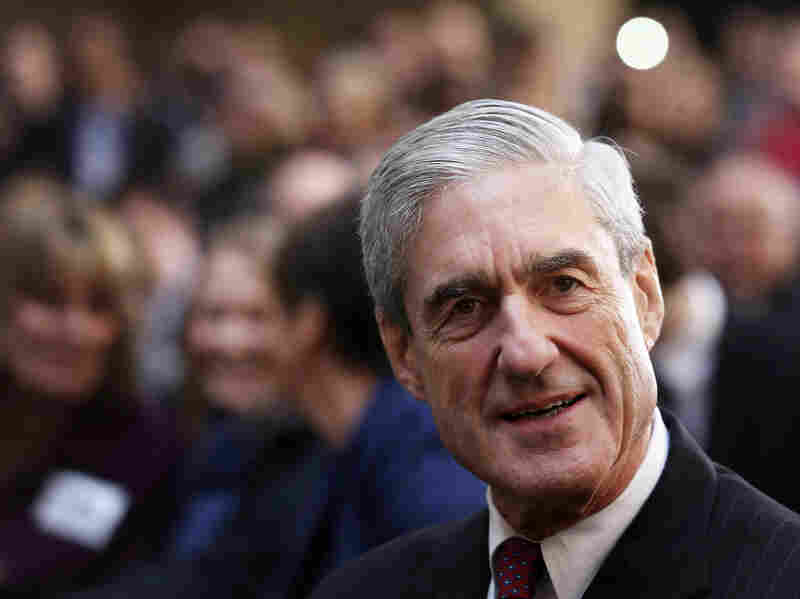 Former FBI Director Robert Mueller attends the ceremonial swearing-in of his successor, James Comey, at the FBI headquarters in 2013.

In what is sure to ignite another firestorm of debate in polarized Washington, a longtime friend of President Trump said Monday night that Trump is “weighing” whether to dismiss Robert Mueller, the Justice Department special counsel investigating possible ties between the Russian government and the Trump campaign.

Christopher Ruddy, chief executive of the conservative news website Newsmax, made his remarks during an interview on PBS Newshour.

“I think he is considering perhaps terminating the special counsel,” Ruddy said. “I think he’s weighing that option… I personally think it would be a significant mistake, even though I don’t think there is a justification [for a special counsel].”

The White House was quick to dismiss Ruddy’s comments.

Press secretary Sean Spicer told NPR’s Tamara Keith, “Mr. Ruddy never spoke to the president regarding this issue. With respect to this subject, only the president or his attorneys are authorized to comment.”

Mueller was appointed by Deputy Attorney General Rod Rosenstein. Justice Department rules prohibit the dismissal of a special counsel without cause. It’s unclear whether the president could override those rules and order Rosenstein to fire Mueller.

After initially being praised by Republicans and Democrats for his integrity, in recent days Mueller’s impartiality as special counsel has been questioned by some Trump supporters.

In his interview Ruddy claimed Trump had interviewed Mueller for the position of FBI director several days before Rosenstein appointed him special counsel.

“I think that Mueller shouldn’t have taken the position,” Ruddy said, “if he was under consideration and had a private conversation with the president and was privy maybe to some of his thoughts about that investigation or other matters before the bureau.”

For many, the prospect of Mueller’s firing immediately brought to mind the 1973 dismissal of special prosecutor Archibald Cox during the Watergate scandal. In what became known as the Saturday Night Massacre, President Richard Nixon ordered then-Attorney General Elliot Richardson to fire Cox. Richardson refused and resigned, as did Deputy Attorney General William Ruckelshaus. Cox was eventually fired by Solicitor General Robert Bork.

Rosenstein is scheduled to testify today before both Senate and House subcommittees regarding the Justice Department’s budget, and he is likely to be questioned about Mueller’s status.