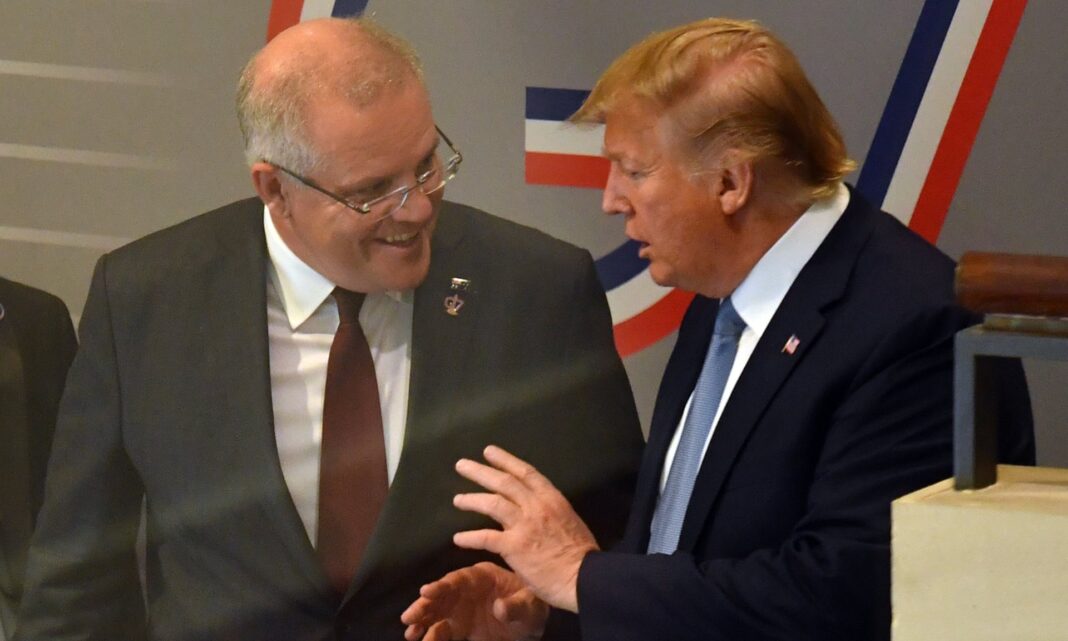 President to accompany Morrison on visit to paper recycling mill owned by Australian billionaire Anthony Pratt, who is a prominent Trump supporter

The US president Donald Trump will join Scott Morrison in Ohio next week for a tour of a new Australian-owned paper recycling mill in Ohio after a state dinner in Washington DC later this week.

The facility in Wapakoneta, Ohio is owned by Anthony Pratt, the billionaire box maker.

Pratt, who has extensive connections with US Republicans, predicted that Trump and not Hillary Clinton would win the White House in 2016, and has been a prominent Australian supporter of the Trump administration. The American vice president, Mike Pence, opened another one of Pratt’s US paper mills in 2016.

Labor hounds Morrison over use of ‘Shanghai Sam’ – politics live

The Ohio side trip was confirmed by the White House in a statement. It said the visit would “demonstrate the strong trade and investment relationship between the US and Australia and president Trump’s successful efforts to restore the US as the world’s leading destination for foreign direct investment”.

Morrison departs for the US late this week, and will meet the president, attend a state dinner in Washington, and also meet senior members of the administration, including Pence, the secretary of state Mike Pompeo and secretary of defence Mark Esper.

The Australian prime minister will visit the Nasa headquarters and to seek greater cooperation on space and other technologies. He will also travel to Chicago to meet tech entrepreneurs.

Guardian Australia revealed last week Morrison will not attend the United Nations climate action summit on 23 September because the Coalition has no new climate change initiatives to announce.

ustralia will be represented at the event by the foreign affairs minister, Marise Payne, and the Australian ambassador for the environment, Patrick Suckling.

Morrison will go to New York later next week and will address the 74th regular session of the general assembly at the UN, with that address to “advance Australia’s interests in the protection of the oceans and preventing terrorist use of the internet”, the prime minister said in a statement.

“There is no deeper friendship than that which exists between Australia and the United States,” Morrison said. “We see the world through the same eyes, with shared values and a deep commitment to promoting peace, liberty and prosperity.

“This visit will be a valuable opportunity to further strengthen our security and economic partnership.”