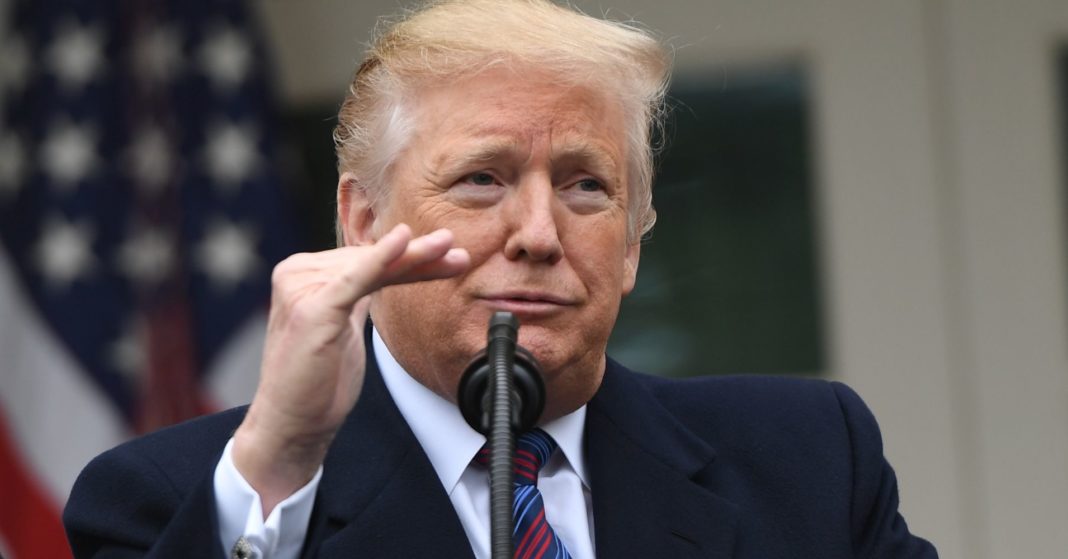 A day after Apple cratered tens of billions of dollars in market value on the news of its lowered revenue forecast for the quarter, President Donald Trump said he is unconcerned about the company or its impact on the U.S. economy.

“Apple was at a number that was incredible and they’re going to be fine. Apple is a great company,” Trump told reporters at a conference in the Rose Garden of the White House Friday, taking credit for Apple’s stock surge that he said was “up hundreds of percent” since he became president. But that’s not true. Since Trump’s inauguration in Jan. 2017, Apple’s stock has increased about 18.5 percent.

Trump said he does not fear the impact of Apple’s stock on the U.S. economy because Apple mostly makes its products in China, a point that the company has disputed.

“I told [Apple CEO] Tim Cook, who’s a friend of mine, who I like a lot, make your product in the United States,” Trump said. “China is the biggest beneficiary of Apple, more than us. Because they build their product mostly in China.”

To the contrary, Cook told Recode’s Kara Swisher and MSNBC’s Chris Hayes in a March 2018 interview that many of the components that make up Apple’s products are created in the U.S., even though Apple products are assembled in China.

“There are components of iPhone built in the United States,” Cook said in the interview. “What people just fixate on because I think it’s just a misunderstanding, is that they just see where the final product is assembled and say, oh, that is not done in the U.S. But in a global world, you begin to do things in a variety of countries, and so you source components somewhere, some other components somewhere else, you assemble yet somewhere else. And then those product go everywhere in the world. That’s how a global system works.”

Trump did praise Apple for investing $350 billion in the U.S., seemingly referring to the company’s announcement last January that it would repatriate overseas cash in the next five years due in part to new tax laws in the U.S. He also recognized Apple’s plans to expand its U.S. operations, as it announced it will invest $1 billion in a new Austin campus.

Apple did not immediately return a request for comment.