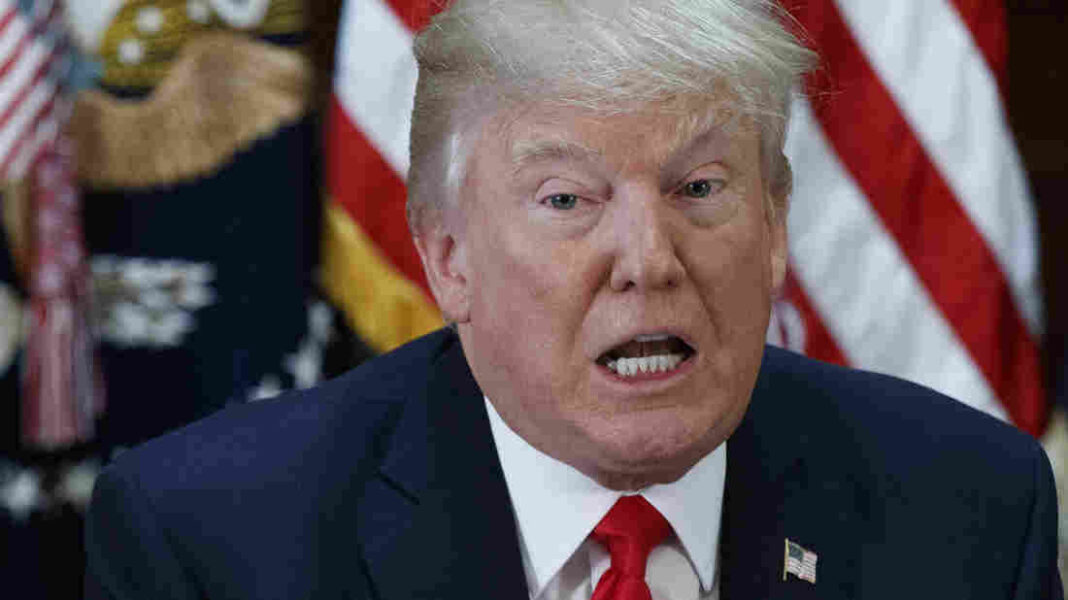 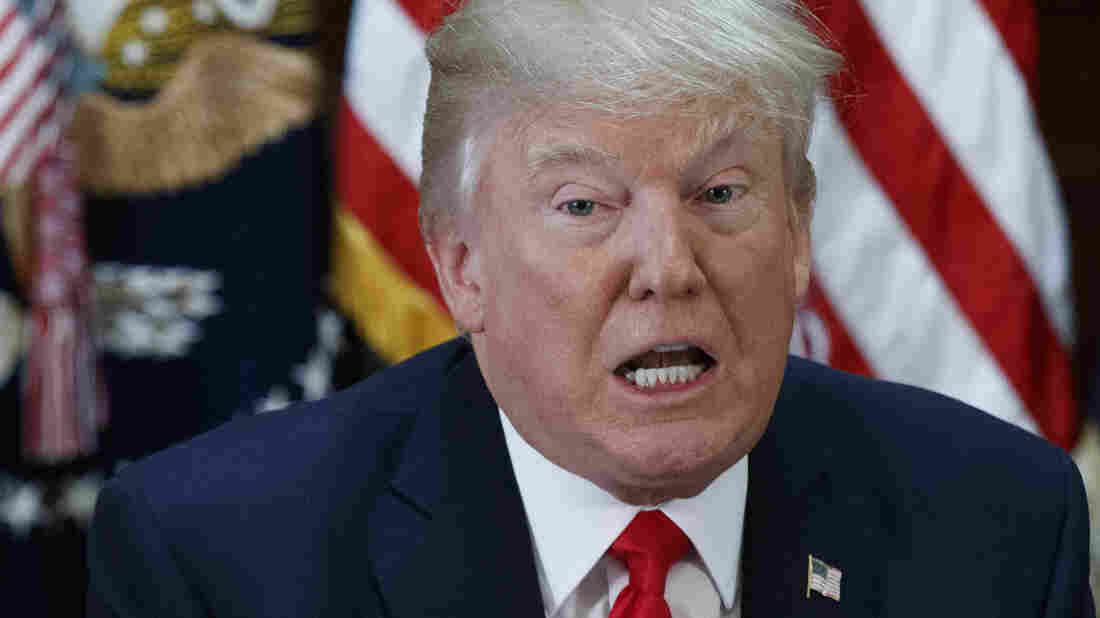 President Trump speaks during a meeting with business leaders in the State Department Library on the White House complex on April 11. Evan Vucci/AP hide caption

President Trump speaks during a meeting with business leaders in the State Department Library on the White House complex on April 11.

President Trump took to Twitter on Monday to complain about Democratic “OBSTRUCTIONISTS,” blaming the Senate for being slow to approve his nominees, including his ambassadors.

.@foxandfriends Dems are taking forever to approve my people, including Ambassadors. They are nothing but OBSTRUCTIONISTS! Want approvals.

A spokesman for the ranking Democrat on the Senate Foreign Relations Committee threw it right back, saying Trump should be spending less time on Twitter and more time actually filling those positions.

So far, Secretary of State Rex Tillerson and his deputy John Sullivan are the only Senate-approved top officials in Trump’s State Department. The White House hasn’t nominated any undersecretaries or assistant secretaries — those jobs are being filled on an acting basis by career foreign service officers.

Overseas, the picture is similar. Trump has nominated only 11 ambassadors, including Nikki Haley to the United Nations, Terry Branstad for China and David Friedman for Israel. Those three have been confirmed, as have two career Foreign Service officers for postings in Africa. There are nearly 190 ambassadorships.

The remaining six nominations are pending in the Republican-controlled Senate, though some are recent nominations and some haven’t turned in the necessary paperwork. Callista Gingrich, the Trump administration’s choice for U.S. ambassador to the Vatican, is in the latter camp. Trump’s pick to serve in Japan, Bill Hagerty, is awaiting a Foreign Relations Committee vote, while Scott Brown is awaiting a full Senate vote to become ambassador to New Zealand.

A Republican staffer says the committee “continues to review and process all nominations in a rigorous and timely manner.”

“The President should get off Twitter and lead his team in sending more ambassadors and other crucial nominees to the Senate. We’re ready to do our job, but he needs to do his first. That’s how the process works.”

The spat over nominations seems to have become an issue after the acting U.S. ambassador to the U.K. praised London’s mayor for his leadership in the wake of this weekend’s terrorist attack.

Trump blasted Mayor Sadiq Khan for telling residents they have “no reason to be alarmed.” Khan was trying to reassure Londoners that they should not be alarmed by the increase police presence in the city. Trump took those words out of context and doubled-down in follow-up tweets Monday.

Pathetic excuse by London Mayor Sadiq Khan who had to think fast on his “no reason to be alarmed” statement. MSM is working hard to sell it!

Back in January, Trump said he would name New York Jets owner and GOP donor Robert “Woody” Johnson to be the next U.S. ambassador to the U.K. However, the White House has yet to actually nominate him.