Trump announces North Korea summit will be in Singapore 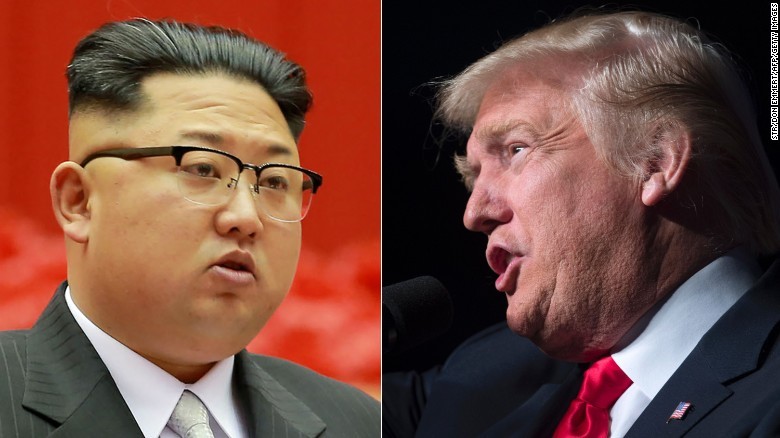 “The highly anticipated meeting between Kim Jong Un and myself will take place in Singapore on June 12th,” Trump tweeted. “We will both try to make it a very special moment for World Peace!”
The summit, which has been in the works since Trump accepted Kim’s invitation to meet in March, will be the first ever meeting between a sitting US president and North Korean leader.
US officials had also considered holding the summit at the Korean demilitarized zone or in Mongolia, but ultimately settled on the city-state of Singapore as the location.
CNN reported Wednesday Trump administration officials were moving forward with plans for the meeting to take place in Singapore. 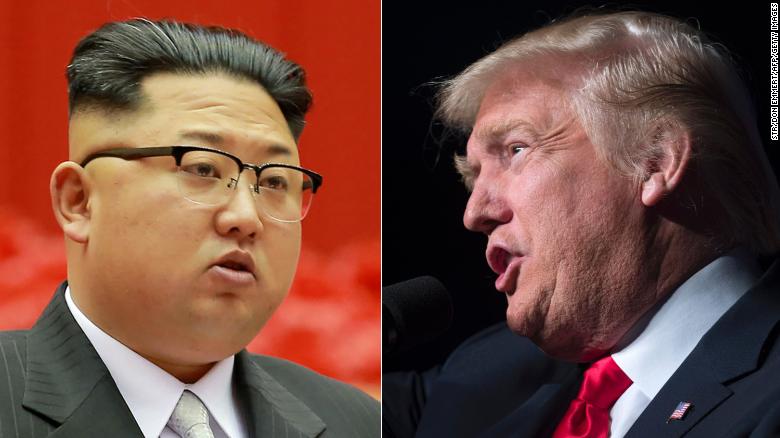 Trump officials prepare for Singapore summit with North Korea
Singapore was the early leading choice among top administration officials, including Secretary of State Mike Pompeo and White House chief of staff John Kelly, who from the beginning recognized that the summit location would play an outsized role in how the talks are viewed around the world.
Their chief concern was the appearance of neutrality — both in the location’s politics (no countries such as China or Russia that are seen as “too communist”) and its geography. Logistics were a secondary but still major concern. Once Kim demonstrated he was willing to get on one of his airplanes to fly to China this week, officials were convinced Singapore — some 3,000 miles from Pyongyang — would work.
Trump last week said a date and time for the meeting had been set. But despite that, a location and date were not finalized until Pompeo met with the North Koreans. Both they and the South Korean government were pressing for talks at the DMZ and were encouraged by Trump’s public endorsement of holding them there.
“Numerous countries are being considered for the MEETING, but would Peace House/Freedom House, on the Border of North & South Korea, be a more Representative, Important and Lasting site than a third party country? Just asking!” Trump had tweeted last week.
His tweet caught aides off guard, since that site had been internally ruled out. Aides had been tasked with seeing whether Singapore could provide similarly celebratory atmospherics should the talks succeed.
Pompeo, Kelly and national security adviser John Bolton continued to argue that the DMZ could appear conciliatory to Kim and that he may get the wrong message if Trump traveled there. It took a couple weeks to dissuade him from the idea of holding the talks there, but eventually he came around to Singapore.
The city-state’s Foreign Ministry said in a statement it is “pleased to host the meeting,” a sentiment shared by Singaporean Prime Minister Lee Hsien Loong, who in a post on social media called the summit a “significant step on the path to peace.” 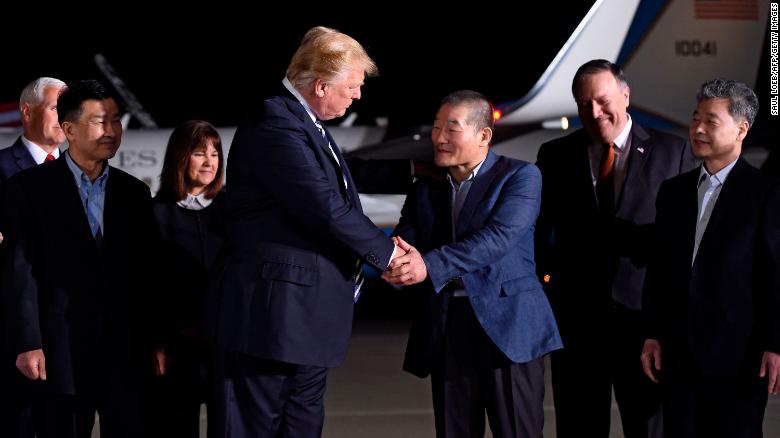 History in the making as Trump welcomes prisoners home
The announcement came a day after North Korea released three imprisoned Americans during US Secretary of State Mike Pompeo’s most recent visit to Pyongyang.
Beyond securing the release of the three Americans, Pompeo also finalized details for the upcoming summit between Trump and Kim.
Trump has struck a cautiously optimistic tone in discussing the prospects of reaching a deal during his upcoming summit with Kim, saying he is hopeful a historic agreement can be brokered while also warning the talks could prove unfruitful. But the President saw the release of the three Americans as yet another reason for optimism as he prepares for the summit.
“We are starting off on a new footing — I really think we have a very good chance of doing something very meaningful. A lot of very good things have happened,” Trump said as he greeted the former prisoners at Joint Base Andrews early Thursday morning.
“I really think he wants to do something and bring the country into the real world,” he added of Kim. “It’s never been taken this far, there has never been a relationship like this. I really think a lot of progress has been made.”
Share
Facebook
Twitter
WhatsApp
Pinterest
Linkedin
ReddIt
Email
Print
Tumblr
Telegram
Mix
VK
Digg
LINE
Viber
Naver
Previous articleEx-President Obasanjo says PDP spent $3bn from government treasury on 2015 elections
Next articleTrump hopes ‘America First’ abroad leads to wins at home