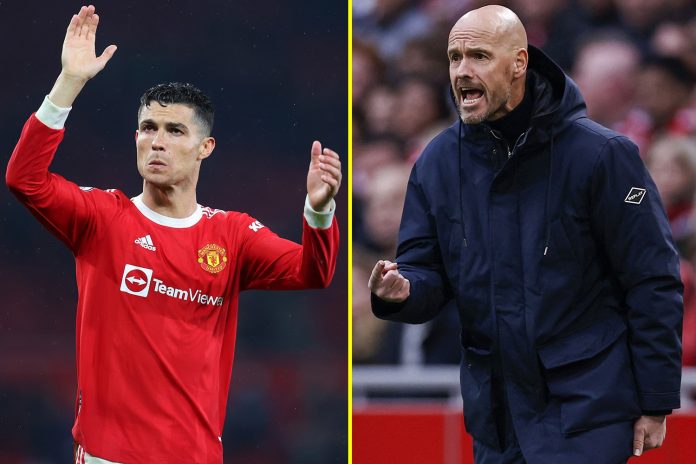 Manchester United forward, Cristiano Ronaldo, will meet new manager Erik ten Hag for the first time today, as he pushes for a move away this summer.

The 37-year-old arrived in the UK last night after staying away from preseason training for over two weeks.

Ronaldo will now speak with Ten Hag and confirm his intentions to leave Old Trafford, according to football transfer expert, Fabrizio Romano.

Ronaldo is so desperate to play in the Champions League next season, that his agent, Jorge Mendes, has told clubs he is ready to take a 30% pay cut.