Tourism industry may have to live off domestic travel until the fall, says minister 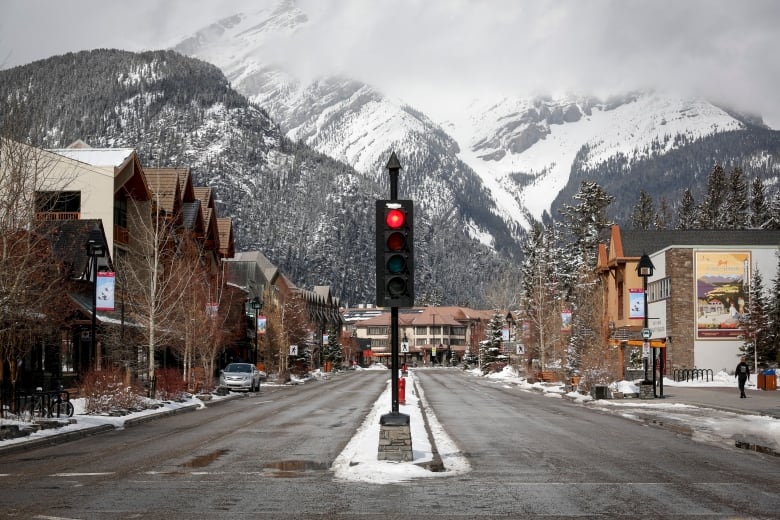 The tourism and hospitality sector has been among those most severely affected by the pandemic. With uncertainty over the Omicron variant persisting, the federal minister responsible for the industry said the return of international travellers could still be a long way off.

“During the darkest days of the pandemic, Destination Canada, which normally takes its money and markets Canada to the rest of the world, took that money and marketed inside Canada, to travel,” Tourism Minister Randy Boissonnault told CBC News.

In Canada, domestic travellers account for 78 per cent of tourism spending. But international visitors spend an average of $1,047 per trip, while domestic vacationers spend less than a quarter of that.

“Domestic travel is a crucial step to getting our industry back up and running but [it] will not be able to fill the revenue gap from the halt of international travel,” Beth Potter, president and CEO of the Tourism Industry Association of Canada, told CBC News.

The sector has contracted by more than 50 per cent over the course of the pandemic, falling from a $105 billion-a-year industry before the pandemic to one worth about $53 billion now. That’s a drop of 40 per cent in domestic spending and 87 per cent in spending by international visitors.

Industry stakeholders like Potter say that the sector faces three significant challenges over the next year. The first is simply to survive until visitors return. The second is the impact of ongoing restrictions on travel, while the third is a labour shortage brought on by the pandemic.

In 2020, as the country locked down and the border shut to international travellers, the tourism sector was forced to lay off 43 per cent of its workforce — about 900,000 jobs, according to Destination Canada, the former Canadian Tourism Commission.

Some of those jobs have since returned but over the first ten months of the year, the industry’s workforce remained 360,000 shy of the number it employed before the pandemic.

“We had to lay off many of the workers that we did have and many of them will not come back,” Susie Grynol, president and CEO of the Canadian Hotel Association, told CBC News.

“They won’t come back, not because their heart isn’t in hospitality but because we are still, 19 months later, not in a position to hire back every single worker because now we find ourselves in the off-season.”

‘They have told us they will not come back’

Industry insiders say that the labour shortage is not being driven solely by slack short-term demand that will correct itself once borders reopen — that it represents a permanent move away from the sector by key workers.

“Our industry has suffered some reputational damage because people see us as unstable because we have been subject to so many restrictions,” said Beth Potter, president and CEO of the Tourism Industry Association of Canada.

“We have actually lost employees. They have told us they will not come back to the industry because they don’t see our industry as a stable place to continue their career.”

Potter said the losses include both front-line staff and other positions, such as cleaners, dishwashers, lawyers and accountants.

Grynol and Potter said that phenomenon was experienced by Canadian domestic tourists this summer who reported hotels setting caps on occupancy because of staff shortages, and restaurants cancelling lunch service during the height of the season.

“If we are successful at preserving this sector and keeping it alive … then we do get an open travel climate and what we think will happen after that is revenge travel — a tourism renaissance,” said Grynol.

“We will have so much demand for Canada that our single biggest challenge will be labour and making sure we can service all of this demand.”

To ensure Canada is ready, the industry wants the federal government to make adjustments to the temporary foreign worker program and immigration streams to fill the demand for key workers in the sector.

They also want to see the revival of programs targeting recent graduates or international students who take seasonal jobs in the tourism sector to fund global travel.

Boissonnault said he’s open to the idea and has already made moves on the immigration front to ensure his sector has the workers it needs.

“Within the first week of being minister, maybe day three, I was already talking with [Immigration Minister Sean Fraser] and [Labour Minister Seamus O’Regan] about this,” Boissonnault told CBC.

“It’s an active conversation in our government and we’re going to be leaning in hard on this issue in 2022 with stakeholders to really address this question for the long term.”

Stakeholders say they have to fix the reputational damage done to the industry by the pandemic in order to attract new workers.

“We need to get out there and encourage Canadians that this is a great industry to work in,” Potter said. “We’re going to need to start influencing not only parents and teachers but students, starting even as young as middle school, that there are some great opportunities in our industry.”

Boissonnault said he wants to encourage young people to see jobs in tourism as “great careers that you can have for your whole life.”

Rebuilding that workforce requires some predictability — and simplification of travel restrictions would help, industry insiders say.

“We want to make the movement of people across the country, in and out of the country, as seamless as possible [by] really making sure that we have one system across Canada and we don’t have 13 or 14 different systems,” Potter said.

Boissonnault said that while he’d also like to see more predictability, provinces can be expected to take different and “totally legitimate” approaches to travel restrictions.

“We need to show that travel, when you do it properly, is safe. That has to be our message. We also have to keep people safe that are travelling and make sure that we’re taking the right measures — first safety, then travel,” he said.