Weather and climate are not the same thing. Here’s why that is important 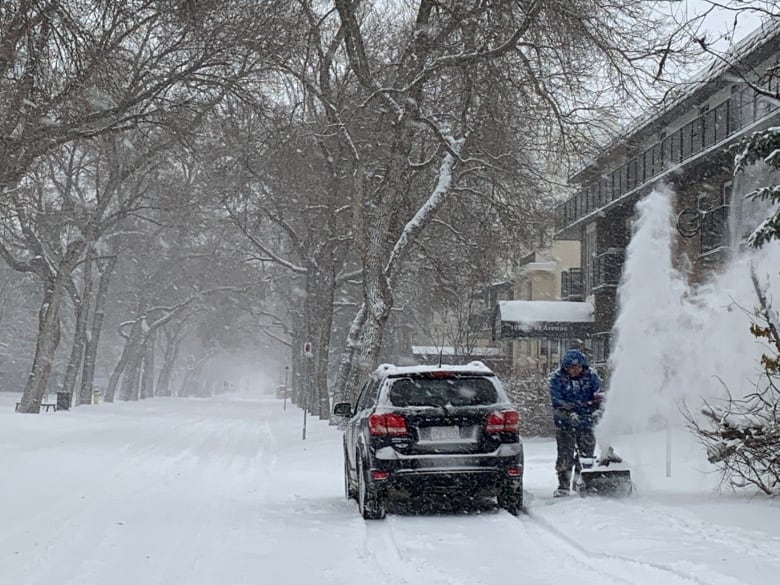 CBC Alberta and Saskatchewan have teamed up for a new pilot series on weather and climate change on the prairies. Meteorologist Christy Climenhaga will bring her expert voice to the conversation to help explain weather phenomena and climate change and how it impacts everyday life.

We all know the story: When a big storm hits, your social media feeds are inundated with photos and stories, and the conversation with friends and family inevitably turns to what is happening around us.

Whether it is flooding, like we are seeing in B.C., or a wintry blast like the one that recently hit Alberta and Saskatchewan, the events are usually accompanied by a whole lot of jargon to sift through.

Those two terms are sometimes used interchangeably and while they are linked, they actually refer to different things.

With weather and climate, the biggest factor is time.

Weather refers to the short term.

It’s what you see if you look out the window right now.

These are the day-to-day fluctuations in atmospheric conditions like temperature, pressure, and precipitation. It’s what you interpret when you are deciding if you should wear your fall or winter jacket each morning.

Weather can change on a dime, with drastically different conditions each day or even each hour.

Weather systems can also bring extremely unusual conditions to an area, such as 10 C days in the dead of winter.

An example of weather is the winter storm that rolled through Alberta and Saskatchewan on Nov. 16.

A low-pressure system brought upwards of 25 cm of snow in the region, along with strong winds and low visibility.

If you were describing that storm over a cup of coffee, you would be talking about a singular, short-term event, or weather.

WATCH | What’s the difference between weather and climate? 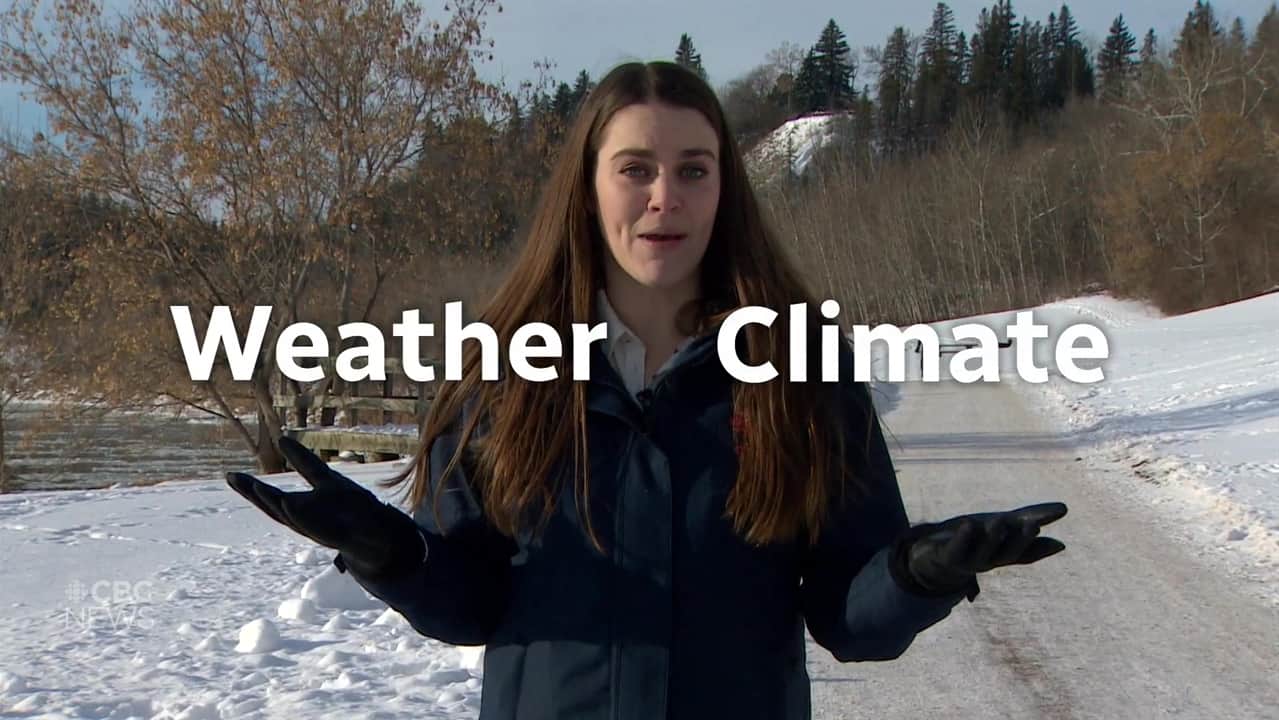 What’s the difference between weather and climate?

So what’s the difference between that and climate?

While weather is ruled by short-term measurement, climate is defined by long-term averages.

Climate refers to the atmospheric trends for an area.

It takes a look at specific weather conditions for a certain region and averages them over a set period of time.

For example, if you look at the total snowfall for a city in November over a set number of years and take the average, you will get an idea of what is “normal.”

That normal is referring to the area’s climate.

There are certain factors that can affect an area’s climate, such as local topography, latitude and prevailing winds.

Looking at the climate of a region can give you an idea of what to expect at any given time of the year.

What about climate change?

We know our climate is changing, we hear about it constantly. So how does the climate information we see keep up with that change?

Climate data is closely monitored over set periods of time.

This ensures that the data we see is the most accurate representation of our climate.

For example, most climate data from Environment and Climate Change Canada that we use to establish what’s “normal,” shows averages over the last 30 years, as opposed to the last 100 years.

Though our climate is ever changing, in recent years that change has become much more significant … that’s where we come in: the human element of climate change.

Greenhouse gases such as carbon dioxide, methane, and nitrous oxide are released into the atmosphere from processes such as burning fossil fuels, solid waste, and agriculture. Those greenhouse gases trap heat, meaning we get warmer and warmer.

According to Canada’s Changing Climate Report led by Environment and Climate Change Canada, the global mean surface temperature “has risen an estimated 0.85 C (90 per cent uncertainty range between 0.65 C and 1.06 C) over the period 1880–2012.”

So we are warmer than we were, and we will continue to warm … the question is how much.

When you are shop-talking weather and climate, the conversation is often a little more complex than it seems.

But when you master the timing element of the terms, you’ll take that small-talk to the next level.