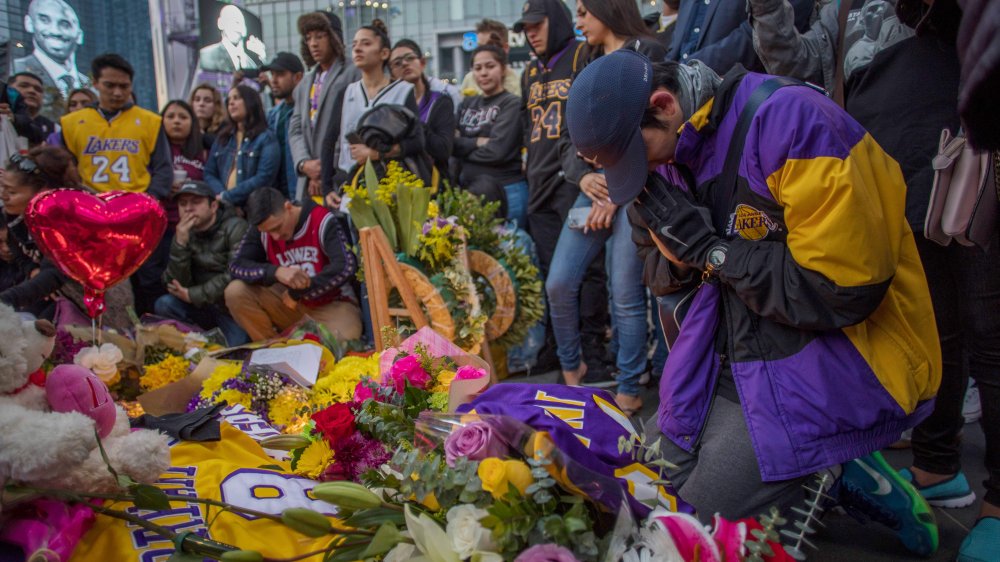 Touching Kobe Bryant memorial formed outside the Staples Center, As the crowd of grieving Kobe Bryant fans grew outside, the heaviest hitters in the music industry arrived to the Staples Center for the 2020 Grammys. The mood was understandably mixed, as the celebrities struggled to reconcile their excitement over an important evening for the industry with the tragic loss of a beloved sports superstar.

Singer Dua Lipa spoke with E! News on the Grammys red carpet, calling the tragedy “incredibly sad.” She continued, “It’s very difficult just to kind of see everything that’s going on online, as well … I feel like everybody in LA is up on their feet and it’s really upsetting.”

The Daily Show host Trevor Noah spoke to the same outlet, saying he hadn’t “processed” the news of Bryant’s death yet. “It’s always strange when you feel like you’ve known somebody because of all the moments and impacts they’ve had on your life, and I think that’s what a lot of people are going through,” he said, adding, “You can feel it — everyone’s walking in, we’re celebrating each other today, but at the same time it feels like now the entire Staples is going to be celebrating somebody who just strove for excellence, who inspired others to be the best they could be.”

Similar sentiments were made during the award show, which spared no time in addressing the unimaginable tragedy.