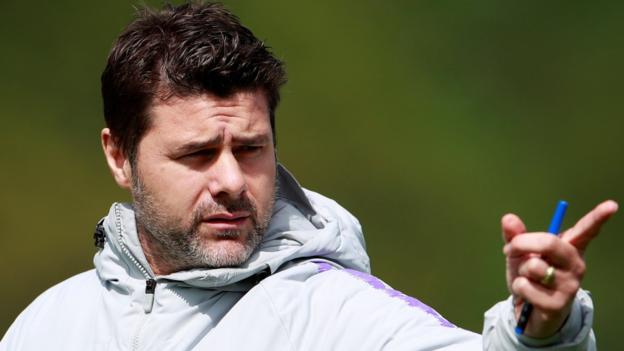 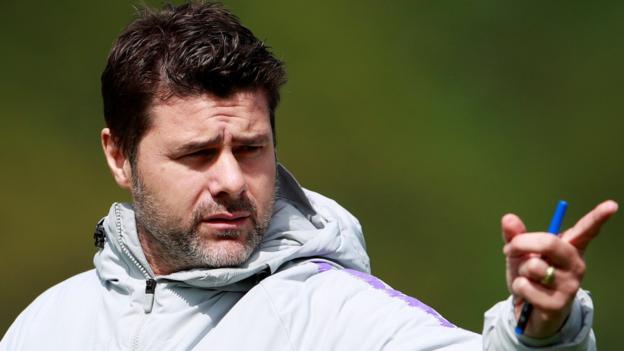 Spurs host Dutch league leaders Ajax – who have knocked out Real Madrid and Juventus – in the first leg of their semi-final on Tuesday (20:00 BST).

It is Tottenham’s first Champions League semi-final but they did reach the European Cup last four in 1962, losing to eventual winners Benfica.

“It’s going to be a very competitive game,” said the Argentine.

“We must show respect for our opponents and Ajax fully deserve to be where they are.

“We have a spirit in the team that we can achieve anything and all is possible – that’s our strength. We have a great opportunity to be here playing the semi-final. It has not happened often.”

Tottenham picked up only one point from their first three group games – but then wins over PSV Eindhoven and Inter Milan and an away draw at Barcelona took them into the knockout stages.

They eliminated German side Borussia Dortmund in the last 16 and Premier League rivals Manchester City in a dramatic quarter-final.

Spurs will be without top goalscorer Harry Kane, who is out with an ankle ligament injury, and fellow forward Son Heung-min, who is suspended.

Midfielder Moussa Sissoko is back in training after missing three games with a groin problem, while defender Jan Vertonghen is set to return after being rested for the 1-0 loss to West Ham in the Premier League on Saturday.

With Kane and Son both unavailable, Brazilian Lucas Moura is set to feature and he said: “It’s a big moment for me. Its a dream to play in this competition. I need to enjoy this opportunity and play my best.”

Moura said he hoped Kane would be fit for the second leg in Amsterdam on 8 May, but Pochettino said he did not expect that to happen.

“Harry Kane is doing well, his rehab has been good,” added Pochettino. “He is started to run a little bit but we cannot create an idea that we cannot achieve. He’s in a good place so we will see what happens.”

Ajax, ahead of PSV Eindhoven on goal difference at the top of the Dutch Eredivisie, last played in the Champions League semi-finals in 1996-97.

Erik ten Hag’s side twice drew with German giants Bayern Munich in the group phase and have eliminated Real Madrid – winners of the competition in four of the past five seasons – and Italian champions Juventus in the knockout phase.