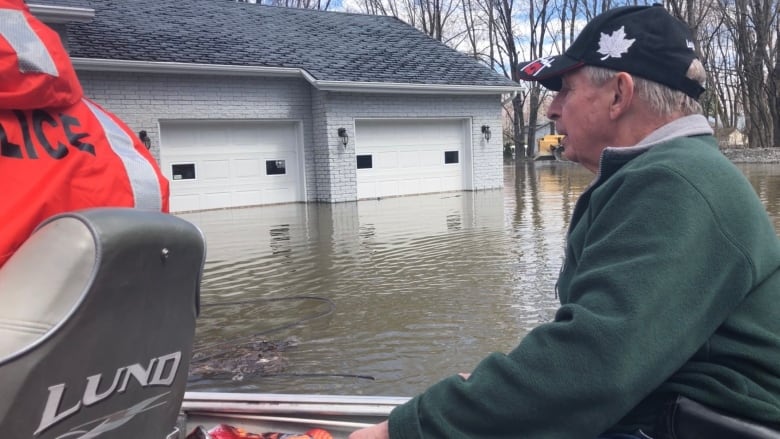 After suffering a heart attack three weeks ago, 82-year-old Tom Fleck was told to take it easy.

That’s easier said than done, when a dike just 50 metres away bursts and washes through your home.

More than 2,500 homes in Sainte-Marthe-sur-le-Lac, Que., were evacuated on Saturday night after the natural dike holding back the swelling waters of Lake of Two Mountains was breached.

Residents only had minutes to grab what they could and run.

Armed with a list from his wife, Fleck was allowed to go back to his home on 23rd Avenue on Tuesday for the first time since the breach. 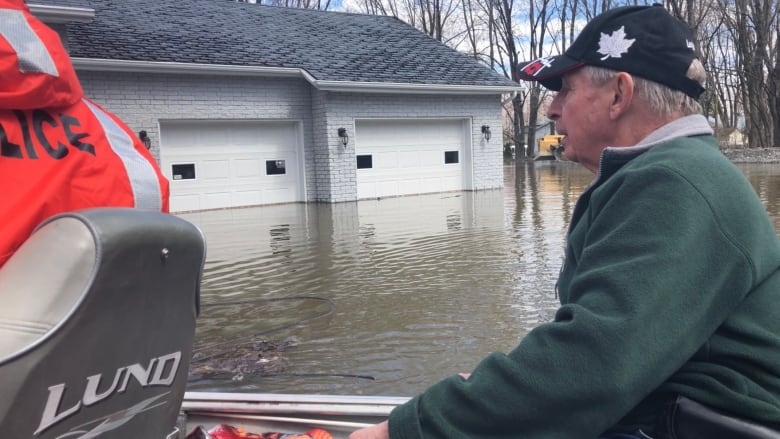 Fleck had to ride an ATV along the temporary gravel dike before getting in a boat to get to his home. (Sarah Leavitt/CBC)

He didn’t take the usual route.

Fleck rode on the back of an ATV driven by a provincial police officer, who drove on one of the temporary dikes built to prevent water from flooding other parts of town. The dike looks like a gravel road: It’s taken three days for truck after truck to dump endless loads of gravel to build it up.

Once he got close to his house, Fleck had to get off the ATV and climb into a boat, which took him the final few metres to his door.

Scenes from 23rd Avenue in Ste-Marthe and Tom Fleck’s house at the end, 50 metres from the dike which breached. <a href=”https://t.co/3feCuiBzzv”>pic.twitter.com/3feCuiBzzv</a>

Once inside, the overwhelming smell of gasoline hit Fleck first. Then he saw his basement.

The stairs to get down there were submerged. Murky water lapped at the ceiling. Garbage, shoes, even a 6×8 photo of his granddaughter floated on the water’s surface.

Despite that sight, Fleck was positive.

“At least the water didn’t reach our main floor,” he said. 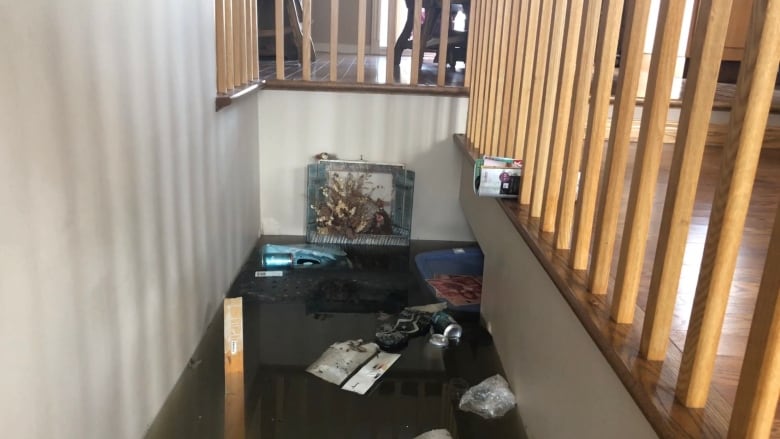 Floating on the murky water in Fleck’s garbage are garbage, shoes and a 6×8 photo of his granddaughter. (Sarah Leavitt/CBC)

Fleck rushed around the house, stuffing two empty duffel bags with essentials: Clothes, medications and (although he was reluctant to share this tidbit) his wife’s teeth.

“Her teeth, and hairspray — that’s what my wife June told me were the most important things to get,” Fleck said, laughing. The Sûreté du Québec officers accompanying him laughed, too, and said they’d add it to the list of odd items people have gone back home to collect.

Back on dry land, the shock of what he’d just witnessed hits Fleck.

“If you look around, it’s almost unbelievable what you’re seeing.”

Fleck and his wife are staying with one of their daughters for the time being, while they search for a temporary apartment.

“It’s going to be at least three to six months,” he said.

Fleck is thankful nobody was injured or killed, and says his relationships with his neighbours are now stronger than ever.

“I’ve been trying to keep my composure and not think too hard,” he said.

“There’s nothing I can change. It’s over with. Let the people do their jobs, and give it time.” 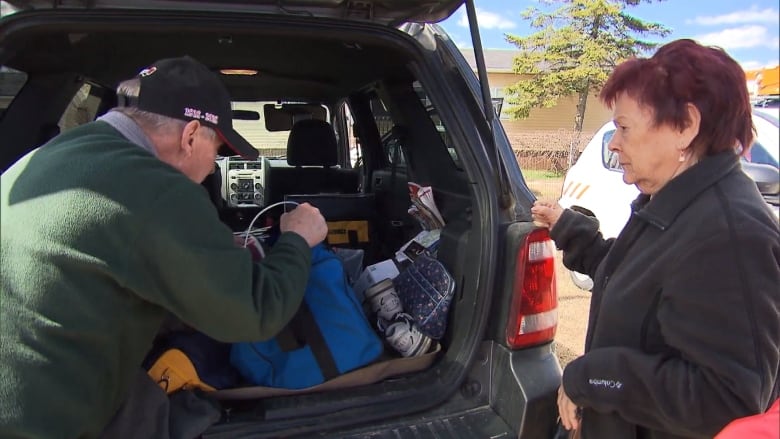 Fleck and his wife look over the things he was able to grab from their home, with the hope nothing important was left behind. (Sarah Leavitt/CBC)