Toronto mom spent her severance pay on car insurance, but ended up uninsured 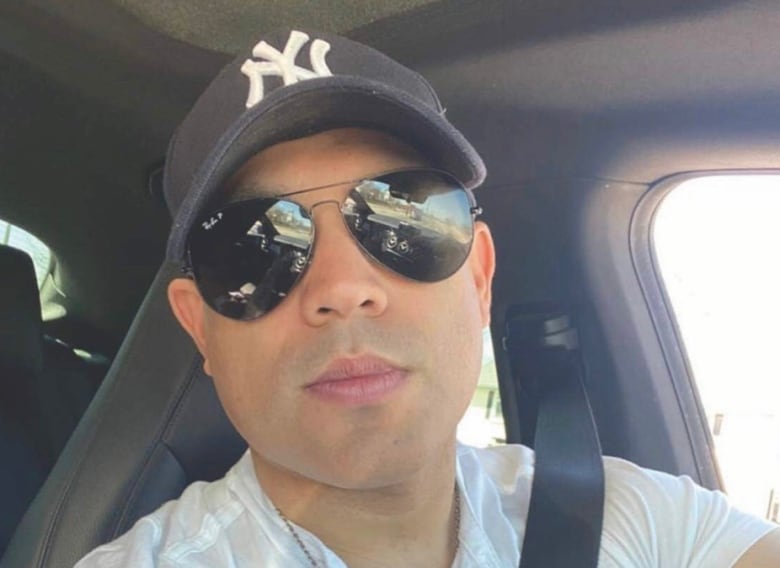 Yasmine Sharaf thought she had scored a great deal on car insurance.

The 48-year-old Toronto mother of three needed a lucky break; she had been laid off from her job as a business analyst last summer due to the COVID-19 pandemic and her husband’s salary had been cut by 20 per cent.

So when a local insurance broker told her she could get a good deal on a policy for the family’s two vehicles through Intact Insurance by paying $6,000 upfront to cover the year’s premiums, she jumped at the chance.

“Everyone tries to get the best premium, the lowest payment, because we all have so many bills to pay,” she said.

She used her entire severance payment to cover the expense, topping it up with funds from a line of credit.

But four months later, Sharaf was stunned to discover Intact had cancelled her policy citing non-payment. She called Aaxel Insurance, the brokerage where she had purchased the coverage. She learned that she had been a victim of fraud, and that although the broker she dealt with at Aaxel had sold her a genuine policy, he has since been accused of pocketing some of the money she paid.

“They told me that they know there is a fraud that happened, and there are many victims,” she said.

Former Aaxel employee Daniel Conrado, 35, of Brampton, Ont., has been arrested and charged with defrauding members of the public. Peel Police confirm they have heard from 20 victims who say Conrado took their money and left them without proper coverage.  The allegations haven’t been proven in court.  A lawyer for Conrado declined to comment on how his client will plead to the charges.

But what protection do Canadian consumers have in such a situation? Sharaf contacted the Go Public team at CBC News to investigate, and to see if help was available.

While Sharaf was eventually able to get new car insurance and use her car, the experience left her without the use of a car for over a month.

Ability to drive is essential

When she emailed CBC in February, Sharaf said she was desperate because she needed the use of an insured vehicle urgently due to health issues.

She was diagnosed with scoliosis at age 11. Her back shows a deep scar that runs the entire length of her spine, and she can’t walk far without pain.

“Can you imagine what is happening to us?” she wrote in her email. “We are stuck home, my husband can’t drive to work, I can’t get groceries –  I have had ten spinal surgeries so I can’t carry stuff.”

Desperate to drive, she tried to buy new insurance but was offered expensive quotes ranging between $10,000 and $12,000 for the year. She was advised that Intact had her listed as making NSF (non-sufficient funds) payments. People with poor credit histories pay higher rates for insurance.

“I’ve never had an NSF on my file,” said Sharaf. “I always pay my bills. I pay everything on time.”

She said she had not suspected any fraud with her initial payment since she had sent funds via electronic transfer to Conrado’s work email at Aaxel. She said she considered her banking records of the transaction as a form of receipt because they included the payment amount, date and recipient’s email.

After being contacted by Go Public, Intact removed the credit issue from Sharaf’s record. Intact spokesperson Jennifer Beaudry said in a statement that Sharaf was given a document “which will help ensure that the fraud she experienced will not negatively impact her auto insurance record, and her ability to get auto insurance in the future.”

The company also apologized to Sharaf.

“We looked into this situation and acknowledge it has taken too long to resolve this for our customer,” Beaudry wrote to CBC News.

As for the $6000 Sharaf transferred to Conrado, Sharaf has asked Aaxel to compensate her. She said the president of the company was not helpful.

“They do not want to be accountable for their employee’s actions,” she said. “They do not answer the emails I sent.”

In an email to CBC News, Aaxel president Paul Mann said that as soon as he learned about the problems with Conrado, he had the broker “walked out of the office” and reported to the province’s regulatory body for the brokerage industry.

He said his firm never received any of Sharaf’s money via e-transfer. “I believe Daniel deleted those emails,” he said.

He confirmed he has received her more recent phone messages and emails and said the company has always responded promptly.

Mann confirmed that like all brokerages, his firm carries “errors and omissions” insurance as well as fidelity insurance to cover situations of employee theft. He has not made a claim at this point.

“Based on the advice from our lawyer, we cannot accept any liability,” he said, but added that Aaxel has “notified our insurer of the situation.”

Fidelity insurance protects companies if they are found legally liable but this case has not yet been heard in court. If Aaxel was to refund the money Sharaf paid to Conrado, it could be seen as an admission of guilt on the part of the company and could set a precedent for other alleged victims to demand compensation.

In reference to his fidelity insurance, Aaxel’s Mann says “policies have conditions that forbid insured [parties] to accept any liability, otherwise coverage can be denied.”

Patrick Ballantyne, CEO of the Registered Insurance Brokers of Ontario (RIBO), said consumers should feel “safe” despite the difficulties Sharaf faced. He said his organization’s aim is to protect consumers on insurance transactions by licensing brokers, providing a complaint process and taking disciplinary action in cases of wrongdoing.

“The fidelity bond requirement is designed to protect them in the rare circumstances that something like this happens,” he said.  But he acknowledged the process takes time.

He describes the situation at Aaxel as a one-off.

“It is the actions of a lone, rogue individual,” he said. “There are hundreds, if not thousands, of insurance transactions that occur across the province every day. And the vast majority of those are absolutely fine.”

Ballantyne says RIBO receives an average of 100 inquiries each month through its online portal, and that about 10 per cent of those warrant further investigation.

But as for misappropriated funds being returned, the regulator has no power to enforce compensation.

“We are not designed to get them their money back,” said Ballantyne. “We’re designed to make sure that the persons that they are dealing with are dealt with accordingly under our rules and procedures.”

He said brokers can be reprimanded and their licenses revoked, if warranted.

Do your due diligence

Sharaf doesn’t intend to wait years to get her money back. She has launched legal action against Aaxel Insurance in small claims court.

“I am taking them to court so by law they will understand a company is responsible for who they hire and what happens from these employees’ actions,” she said.

Thanks to the letter from Intact, she now has reasonably-priced insurance. And after eight months of unemployment, she has found work as an account manager with an information technology firm.

She warns Canadians to thoroughly check out any broker they engage.

“The most important part is this should never happen to any other person ever again,” she said.

– Beware of insurance premium quotes that appear to be good to be true. Significantly lower quotes should be a red flag.

– Send payments to the brokerage, not to an individual broker

– Ask for a receipt