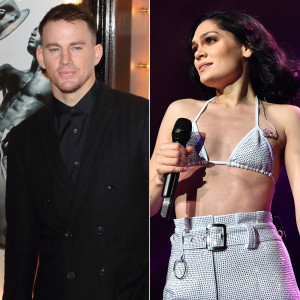 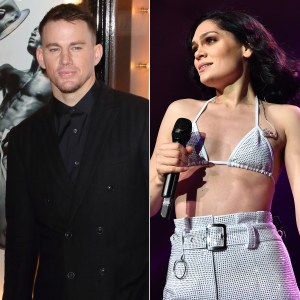 Gushing over his girl! Channing Tatum made Us swoon with his adorable and hilarious message to Jessie J.

The British singer, 30, shared a screenshot of an Instagram DM that the Magic Mike actor, 38, sent her on Monday, March 4. “Yes I won’t rest till I caress fresh face Jess. I will finesse till success. Never digress. Just progress. Bless,” he responds to a cute selfie the “Bang Bang” singer sent him. She replied, “Hahaha. Baaaarrs yeah.”

Tatum’s sweet note comes days after he left another flirty remark on the “Price Tag” songstress’ account. “Hottest Instagram food model in the game right now,” he commented on a photo she posted on Thursday, February 28, of herself posing in a bikini alongside a plate of nachos and other snacks.

Us Weekly broke the news in October 2018 that the lovebirds had been dating for “a couple months.” Tatum confirmed their romance via Instagram in November after praising Jessie for pouring “her heart out on stage” after a “special” performance in London. During the show, the Grammy nominee opened up about her inability to conceive and vowed that she “will be a mother” and hasn’t “given up hope” despite her difficulties.

Although the Logan Lucky actor is happy in his relationship with the “Domino” singer, he is still struggling to finalize his divorce from Jenna Dewan, whom he split from in April 2018 after nine years of marriage. A source previously told Us in February that the pair’s custody battle over daughter Everly, 5, has become “challenging and emotional” and “there are certain hurdles that they face.”

Dewan, for her part, has since moved on with actor Steve Kazee. The World of Dance host, 38, dished to Us in November that she is “very happy” with the Shameless alum, 43. Meanwhile, Kazee told Us earlier that month that he considers himself to be a “hopeless romantic.”