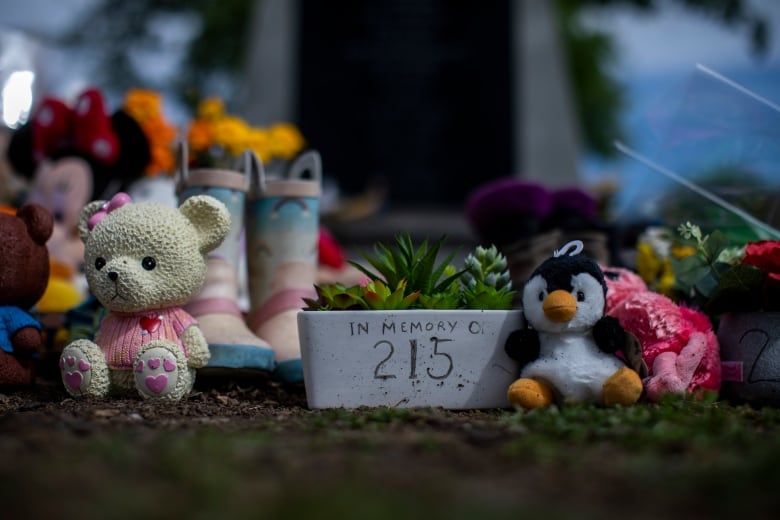 Today, the Tk’emlúps te Secwépemc First Nation is set to present its final report on the unmarked grave sites found adjacent to the former Kamloops Indian Residential School — and to outline what comes next.

In May, the nation released a statement saying preliminary findings from a survey of the site by ground-penetrating radar, combined with previous knowledge and oral history, indicated 215 children had been buried at the site.

The statement did not specify the company or individual involved in the survey or detail how the work was completed.

“To our knowledge, these missing children are undocumented deaths,” Tk’emlúps te Secwépemc Kukpi7 (Chief) Rosanne Casimir said in the statement.

“Some were as young as three years old. We sought out a way to confirm that knowing out of deepest respect and love for those lost children and their families, understanding that Tk’emlúps te Secwépemc is the final resting place of these children.”

After the preliminary discovery, the nation said it was working with the BC Coroners Service, contacting the students’ home communities, protecting the remains and working with museums to find records of these deaths.

The Kamloops Indian Residential School was in operation from 1890 to 1969, when the federal government took over administration from the Catholic Church to operate it as a residence for a day school, until it closed in 1978.

Up to 500 students would have been registered at the school at any given time, according to the National Centre for Truth and Reconciliation (NCTR). Those children would have come from First Nations communities across B.C. and beyond.

The National Centre for Truth and Reconciliation estimates about 4,100 children died at residential schools in Canada, based on death records, but has said the true total is likely much higher.

In the wake of the preliminary discovery in Kamloops, the  Cowessess First Nation in Saskatchewan announced a preliminary finding of 751 unmarked graves at a cemetery near the former Marieval Indian Residential School, which was in operation from 1899 to 1997.

Cowessess also used ground-penetrating radar to locate the grave sites earlier this month. It was not immediately clear if all the graves are connected to the residential school, which is located about 140 kilometres east of Regina.

Earlier this week, the Penelakut Tribe in B.C.’s Southern Gulf Islands announced that more than 160 “undocumented and unmarked” graves have been found in the area, which was also once home to the Kuper Island Residential School. The tribe did not say how the graves were found, whether children’s remains are suspected of being buried there or whether ground-penetrating radar was used.

The Williams Lake First Nation, located in the Cariboo region of the Central Interior region of B.C., is also preparing to search the site of another former facility, St Joseph’s Mission, which is located a few kilometres from the nation’s community core and operated as a residential school between 1886 and 1981.