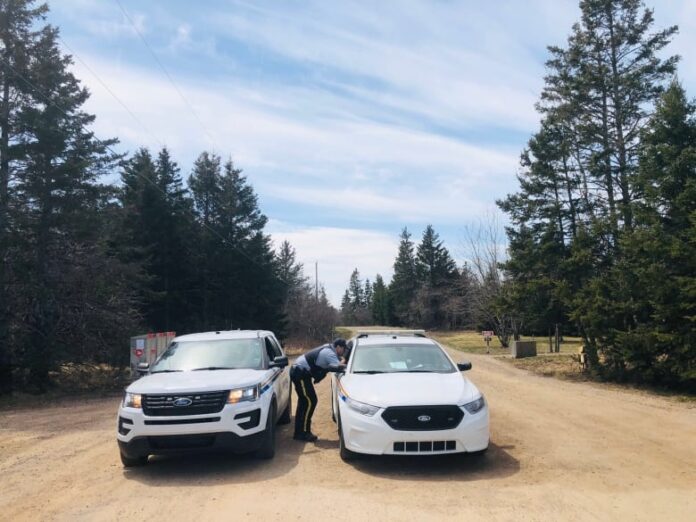 Police agencies across Nova Scotia were warned in May 2011 that a denturist named Gabriel Wortman had a stash of guns and said he wanted “to kill a cop,” according to records newly obtained by CBC News.

But the Nova Scotia RCMP can’t say what, if anything, was done with the tip about the man who police believe went on to kill 22 people, including an RCMP officer, in rural Nova Scotia in April.

The 2011 warning came after an unnamed source approached Truro Police Cpl. Greg Densmore with detailed information about where Wortman kept his guns, including that he may have been transporting a handgun between his home in Dartmouth and his cottage in Portapique, N.S.

CBC News obtained a copy of Densmore’s report from the Truro Police Service through an access-to-information request. Sections are redacted, but it shows the bulletin was distributed through the Criminal Intelligence Service of Nova Scotia, a network of policing agencies that share information.

There appear to be contradictions around who was responsible for acting on the tip.

Wortman’s cottage in Portapique is in RCMP territory, but his principal residence in Dartmouth was not in RCMP jurisdiction, said Cpl. Jennifer Clarke, spokesperson for the Nova Scotia RCMP.

She doesn’t know if anyone from the RCMP ever followed up on the concerns.

“I don’t know what was done or what wasn’t done at the time,” she told CBC News.

The Halifax Regional Police say they investigated the tip at the time and even interviewed some of Wortman’s relatives. Investigators determined that any information about weapons was related to Wortman’s cottage and not his property in Dartmouth.

They sent their findings to the RCMP, according to Const. John MacLeod, a spokesperson for the Halifax Regional Police.

But Clarke said that as the manhunt for the gunman began in Portapique late on April 18, the RCMP didn’t have the information in the 2011 bulletin at their disposal as it had been purged from their records. She said the force typically keeps such warnings for only two years.

When asked whether that information could have been helpful to officers who responded to the shooting, Clarke said it was difficult to say.

“I mean, it’s hypothetical if there is something that could’ve been done to prevent this,” she said. “I think myself and any number of people would want to know that. But I don’t know.”

‘It’s a piece of the story’

The bulletin came to light April 19 when an officer from the Amherst Police Service recognized Wortman’s name and dug up the 2011 notice in his email. He shared the information with his supervisor, who passed it on to the RCMP, according to Amherst Police Chief Dwayne Pike.

Truro Police Chief Dave MacNeil said one of his officers also recovered the nine-year-old document about a week later, after it was brought to their attention.

It’s the latest indication that there were warning signs years in advance that Wortman was dangerous.

“This is the largest mass [shooting] in Canada’s history, and it’s a piece of the story,” MacNeil said in an interview.

“What piece that plays, I don’t know. I’m not at liberty to speculate on that, but it’s information that should be shared with the public.”

The 2011 bulletin was the second time in less than a year that police had been made aware of Wortman’s possibility for violence, the documents revealed.

The bulletin describes how Wortman was investigated for “uttering death threats to his parents” on June 2, 2010. That investigation also included information that he had several guns.

Halifax Regional Police investigated, but closed the file without laying charges, according to its spokesperson.

He said there wasn’t enough evidence to lay charges or get search warrants.

In the officer safety bulletin from 2011, Densmore writes that he received information from an unnamed source on May 3 saying that Wortman had “stated he wants to kill a cop” and was upset with how police investigated a break-and-enter complaint he made.

“He believes police did not do their job in relation to this investigation,” Densmore wrote.

The tipster told police that Wortman was “under a lot of stress lately” and was starting to have some mental health issues, describing him as “becoming a little squirrelly.”

Densmore’s submission also noted that Wortman kept a handgun within arm’s length — in his nightstand while he slept and with him when he travelled. The tipster said they saw Wortman’s guns themselves.

“Mr. [Wortman] may also be in possession of several long rifles located at his cottage located at [address redacted]; these firearms are stored in a compartment located behind the flue,” Densmore’s submission stated.

Densmore indicated that he was disseminating the tip to warn any officers that might come into contact with Wortman.

“This information is from an uncoded and unproven source but had to be fanned out for officer safety just in case, so if any officers [have] dealings with Mr Wortman, they should use caution,” Densmore wrote in a May 3, 2011, email to a redacted RCMP email address, according to the documents obtained by CBC News.

The email correspondence included discussion of the vehicles Wortman drove between Dartmouth and Portapique. The records say Wortman had six plated vehicles registered in his name at that time, and one unplated vehicle.

MacNeil, who now sits on the executive of the Criminal Intelligence Service Nova Scotia, said officer safety bulletins like the one Densmore submitted are rare — only a few are sent per year, usually when it’s thought that someone has the means, motive and desire to cause harm to an officer.

Typically, when Truro Police receive that type of information pertaining to their coverage area, the force would treat it like a tip from Crime Stoppers and act on it, MacNeil said.

Because the tip about Wortman didn’t fall into Truro’s coverage area, he said, his police force’s involvement ended after it was submitted. He couldn’t comment on what other jurisdictions did with the information.

“We’ve never dealt with this gentleman. We’ve never investigated him other than receiving this information from a member of the public, which our officer was, thankfully, engaged enough to say ‘Hey, this is important. I’m going to make note of it,'” he said.

But Clarke, the spokesperson for the Nova Scotia RCMP, said while the bulletin’s contents were “concerning,” RCMP often receive similar bulletins about people from other jurisdictions or who might be passing through theirs.

“This incident is massive, and it’s going to take a lot of analysis to determine what, if anything, we can learn, how we can change, and I don’t know that any of that is being discussed right now,” Clarke said.

Do you have a tip about this story? Please click here to get in touch.