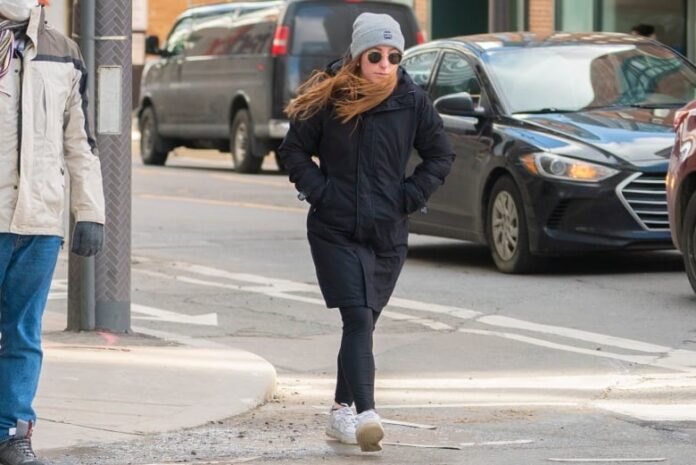 Over 25,000 Ontario residents are still without power Saturday, according to the province’s largest electricity transmission provider, as strong winds caused by a cold front continue to hit most of the province’s southern and eastern regions, as well as some areas in the north.

An online map from Hydro One showed 400 active outages as of early evening, mainly in southern and eastern Ontario. In a statement to CBC Toronto, spokesperson Kennisha Petgrave confirmed crews have solved outages for 60,000 customers impacted by the storm.

Environment Canada advisories for the affected areas warned that winds with gusts up to 90 kilometres per hour were expected, including in the Greater Toronto Area, Ottawa, and the Niagara Region.

“That’s pretty much what happened,” said Peter Kimbell, a warning preparedness meteorologist with the weather agency.

He said the highest wind gust recorded so far was in Port Colborne, Ont., on the shores of Lake Erie, where wind speeds reached as high as 100 kilometres per hour.

Environment Canada said earlier that regions on the eastern shores of Lake Erie and Lake Ontario in particular could see sporadic gusts exceeding 90 kilometres per hour coming off the water.

But the stormy conditions were relatively short-lived as they passed over the province, Kimbell said, adding areas battered by high winds should already be seeing local improvement.

“The peak winds were relatively brief, maybe an hour,” he said.

The cold front was moving east, Kimbell said, noting the active weather associated with it is expected to reach eastern Ontario and the province of Quebec as the afternoon progresses.

The agency’s advisories for Ontario said winds are expected to gradually ease from west to east throughout the afternoon and into Saturday evening.

Environment Canada had previously said the winds could cause power outages and damage buildings.

In Toronto, police responded to multiple incidents caused by the weather, such as signs falling near street intersections and trees that collapsed and brought local wires down with them.

According to tweets from Toronto police, multiple roads have been closed in impacted areas. Officers urge drivers and pedestrians to use caution or expect delays near:

Toronto Hydro said in a tweet that crews have been dispatched to areas that have been impacted, with power restored to a majority of customers as of 2:30 p.m.

It encouraged all customers to keep their mobile phones charged and to conserve battery power. More tips can be found on Toronto Hydro’s website.