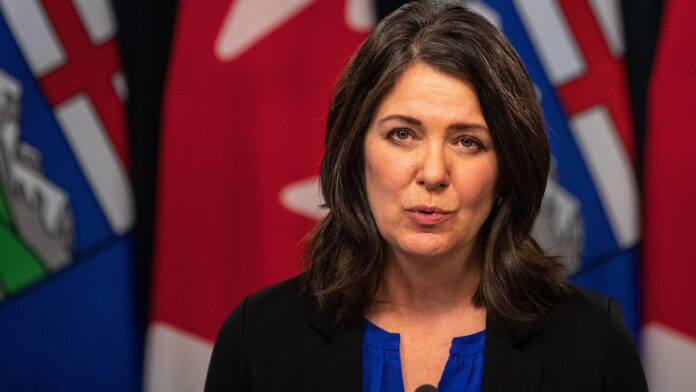 The Alberta government is crafting changes to be debated next week to reverse the section of a bill that gives cabinet unfettered power to rewrite laws behind closed doors without legislature approval, the province’s premier said Saturday.

Danielle Smith told her Corus radio talk show that her sovereignty bill was never supposed to give cabinet such sweeping authority, adding her government wants to make it clear in law that this is not the case.

“You never get things 100 per cent right all the time,” Smith told her radio listeners.

“I think there’s some confusion on that, so we’re working on some amendments to make it clear.”

The bill, introduced Tuesday by Smith as the signature legislation of her new administration, has faced widespread condemnation for granting her and her cabinet sweeping authority to redress any federal policy, law or program it deems harmful to Alberta.

Critics say such power exercised in secret without legislature oversight is a threat to the checks and balances that underpin a healthy democracy.

For days after Smith introduced the bill, she and her cabinet members rejected accusations, including from legal and constitutional scholars, that the bill granted unchecked power.

On Thursday afternoon in the legislature, Smith accused the Opposition NDP of fear mongering “that somehow this act gives power to cabinet to unilaterally alter legislation behind closed doors despite the fact that it does not.” 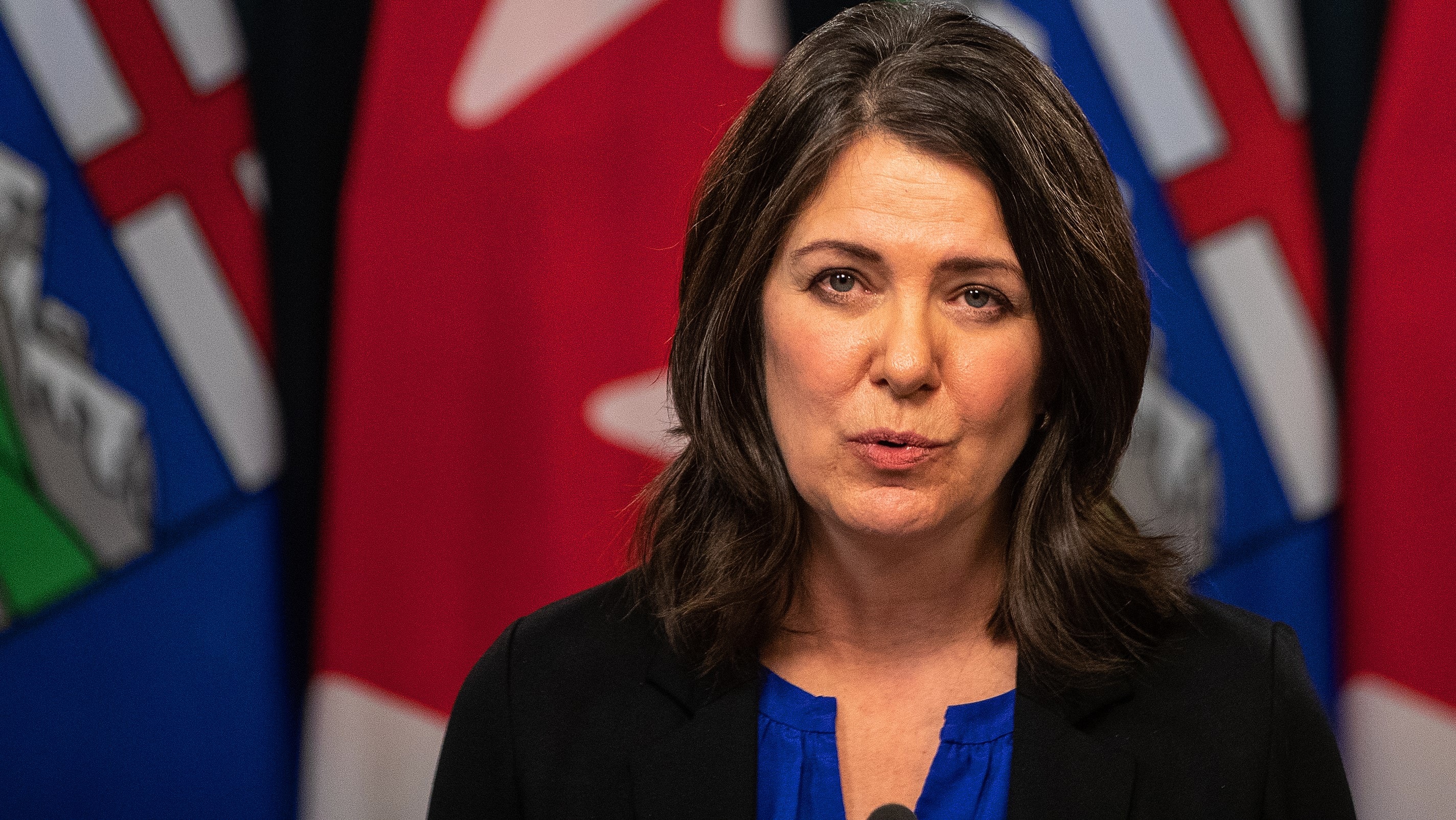 Ottawa needs to stay in its own lane, says Alberta Premier Danielle Smith

“We are duly elected and I think it’s the job of every elected member to make sure they are passing legislation that’s legitimate,” said Alberta Premier Danielle Smith when pressed on whether her government is straying into the jurisdiction of the judiciary to determine constitutionality.

But Smith was admitting to problems by Friday afternoon, telling CBC News Network amendments may be needed. By Saturday morning, she acknowledged changes were on the way.

“There is some concern right now that [the bill] is written in a way that suggests that we [cabinet] would be able to unilaterally change statutes — and we’re not able to do that,” she told her radio show.

“If there are any changes to statutes [under the bill], it does have to come back to the legislature, so we’re working on making sure that that gets clarified.”

Smith said those matters would be debated and addressed next week, adding that she’s taking what she described as a “fair-minded” approach.

“If we caused some confusion by some awkward wording, then let’s clean it up and then be able to talk about the bigger issues,” she said.

Political scientist Duane Bratt said it’s a positive step for the bill to be amended to remove the sweeping powers to cabinet.

But Bratt said the change is not a tweak, the bill has become a confusing mess, Smith did not seem to understand the legislation she was introducing and the entire affair raises larger questions about Smith’s competence in the top job.

“How did this get in the bill in the first place?” said Bratt, who teaches at Calgary’s Mount Royal University.

“Wouldn’t they have read it? Wouldn’t they have noticed this? This is damaging to have to backtrack. These are major reversals on her signature piece of legislation. [No matter] whoever wrote it, at the end of the day her name is attached to it. She’s the one who introduced the bill. She has to wear this.”

The bill, now in second reading, has also triggered concerns over the provision that grants cabinet the power to order provincially legislated or funded entities to reject federal laws if cabinet deems Ottawa is causing harm.

During a Friday interview on CBC News Network, Calgary Mayor Jyoti Gondek said the provision directing municipalities to rebuff federal laws is “a dangerous scenario” for municipalities that rely on both federal and provincial funding.

“If they direct us in a manner — let’s use an example — that says you can’t accept any federal funding directly, what does that do to our affordable housing strategy?” said Gondek.

“No matter how you slice this, it’s going to be really tough for municipalities to actually govern and serve their people.”

Gondek criticized Smith’s United Conservative Party caucus for not challenging the bill, particularly the four cabinet ministers who raised the alarm on Smith’s sovereignty bill in the leadership race that put Smith in the premier’s chair only to now support it.

“The weakness being demonstrated by MLAs right now who know this act is not good is going to cost us dearly if they don’t say, `We have to stop this,”‘ said Gondek.

Indigenous leaders have criticized the bill as heavy-handed trampling on treaty rights.

Business groups, including the Calgary Chamber of Commerce, warn the legal uncertainty surrounding the bill is not good for investment.

How will the act work?

The idea for the sovereignty bill was first pitched by Smith in June.

She characterized it as a deliberately confrontational tool to reset the relationship with a federal government she accuses of interfering in constitutionally protected areas of provincial responsibility from energy development to health care.

Under the bill, cabinet would decide when Ottawa is interfering in Alberta’s jurisdiction through a law, policy or program or through a looming federal initiative it believes may cause harm.

Cabinet would send a resolution to the legislative assembly spelling out the nature of the harm and the remedies to fix it.

If the legislature gives its approval by majority vote, that is where its involvement ends and cabinet takes over. Cabinet could use the bill’s extraordinary powers to rewrite legislation and direct provincial entities to ignore federal laws based on what cabinet deems “necessary or advisable.”

The bill gives cabinet wide latitude on how to interpret the resolution it receives from the assembly. It says cabinet “should” follow the direction of the house but doesn’t mandate it.

Smith has been unclear on how she will use the bill, toggling in recent days between saying it is a last resort and saying she hopes to begin using it in the spring.