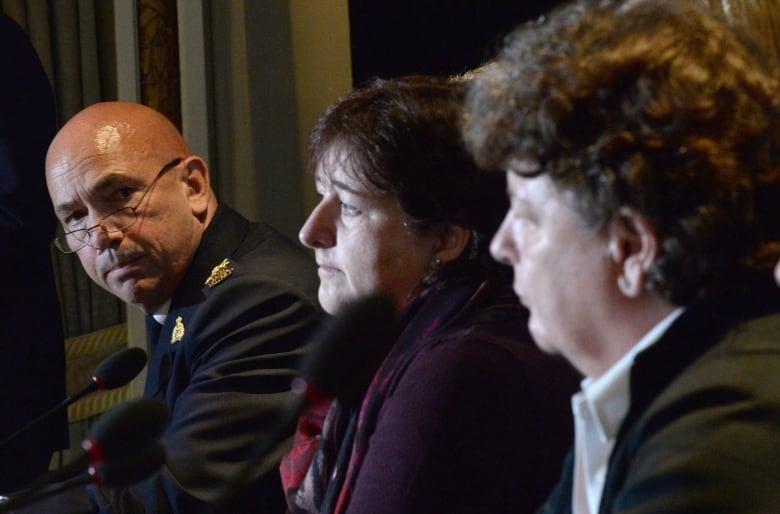 After years of headlines about toxic behaviour and sexual harassment in the ranks, the Royal Canadian Mounted Police is reporting it’s falling far behind on hiring women and visible minorities.

The RCMP has revealed part of its strategy to build a more inclusive workforce — and the number of people they’ll have to hire to meet the federal government’s employment equity standards.

The police service says it needs to hire more than 5,100 women to the regular ranks to make up for a 27 per cent shortfall.

When it comes to hiring visible minorities, the Mounties are reporting a shortfall of around 1,140 regular members, or 6 per cent of the total.

But while previously published data show that Indigenous officers are leaving the RCMP, the national police force does not have a target for hiring more of them.

“Targets are required when there is a representation gap relative to workforce availability,” the RCMP wrote in a media statement. “At this time, there is no gap for Indigenous regular members.”

As of April 2020, there were 1,397 Indigenous people in the RCMP’s ranks, representing about 7 per cent of the total.

‘They’re going to be hard-pressed to recruit’

Some former officers told CBC they expect the RCMP will have a difficult time reaching its goals.

“Until there’s some major changes … they’re going to be hard-pressed to recruit new people,” said Janet Merlo, a former RCMP constable who quit in 2010 and became one of the lead plaintiffs in a multi-million dollar sexual harassment class-action lawsuit.

In the wake of that lawsuit and its legal settlement, the force announced the creation of an Independent Centre for Harassment Resolution. Merlo said she is concerned about the lack of any guarantee that the RCMP won’t “hire retired RCMP officers in to be the investigators in this entity.”

She also said the RCMP has done too little in the past to sanction officers who exhibit bad behaviour. “What’s not being done is the hard work of looking for the harassers, like finding them and dealing with them,” Merlo said.

She said that in 1993, when she was a new constable in Nanaimo, B.C., she was verbally abused when she announced her first pregnancy to her colleagues and superiors.

“I was yelled at and screamed at and name-called and told I need to get my priorities straight,” she said. “Either I was going to have a career in the force or I was going to pop out kids my whole life.”

Ultimately, she said, the stress of that experience convinced her to wait five years to have her second child, to ensure that the worst of her workplace harassers had retired by then.

Calvin Lawrence, an Ottawa-based retired corporal who identifies as Black, said he would like to see the RCMP commit to holding “individuals accountable for their racist behaviour.”

He recalled how he walked into the drug section of a Toronto detachment in the mid-90s and saw a racist poster on the wall with the N-word in the caption.

The RCMP did not offer comment on its employment equity goals. It did provide a six-page pamphlet summarizing its Equity, Inclusion and Diversity Strategy.

It says it wants to set “expectations” for RCMP leadership on understanding the nature of racism and unconscious bias and to provide training along those lines for leaders and managers.

It also says that the RCMP sees addressing systemic racism as a priority. After first telling journalists she was “struggling” to define systemic racism, Commissioner Brenda Lucki said a year ago that she believes systemic racism exists in the RCMP.