Man arrested, charged after trees on Winnipeg median cut down during house move 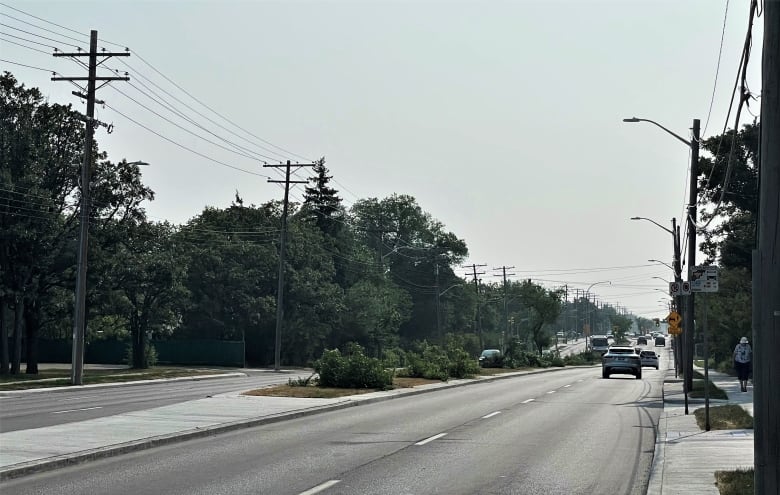 Police arrested a man they say was involved in cutting down or trimming about a dozen trees on the median of a Winnipeg street to make way for a large house that was being moved.

At about 7 a.m. Saturday, police traffic units were facilitating the move of a large house on Roblin Boulevard, police said in a news release.

Officers in the area reported multiple trees along the route had been deliberately felled or trimmed without permission.

A man associated with the move was arrested and charged with mischief over $5,000. The move was temporarily halted.

City of Winnipeg forestry officials were called in to determine how to continue the move with minimal impact, police said.

The Facebook page of the company associated with the move appeared to have been removed Saturday morning, and the company doesn’t have a website. CBC News has attempted to contact the company by phone.

Coun. Kevin Klein, who represents Charleswood-Tuxedo-Westwood, said he received multiple calls and saw many social media posts expressing outrage over the destruction of trees. When he checked out the scene himself, Klein was shocked and outraged by what he saw.

He said he counted closer to 18 trees felled and about 12 others damaged.

“I actually thought it was a bad movie at first. Just didn’t make any sense to me,” Klein told CBC News Saturday evening.

Now, Klein wants to see the city start work Monday toward planting new trees where the old ones were destroyed — and he wants to see the company held responsible for the “destruction and devastation” it caused.

“This is now a top priority … And I’m not going to just let it fade away into oblivion, as sometimes incidents do. I want to make sure that we stay on top of this and that we send the right message,” he said.

“There are no good excuses to say that they can’t be planted or replaced in some way. This is a part of our community. We are a tree community.”