Thousands assigned to inactive immigration officers and IDs. Are you one of them? 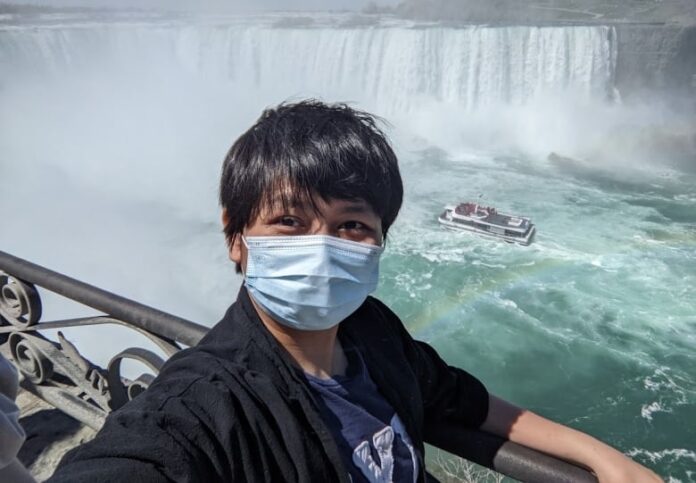 Canada’s Immigration Ministry has assigned tens of thousands of applicants to immigration officers or placeholder codes that are inactive and no longer working within their system — some who’ve last logged in and processed files up to 16 years ago, and from airports and visa offices around the world.

Immigration, Refugees, and Citizenship Canada (IRCC) data on “inactive users” on their Global Case Management System (GCMS) — its worldwide internal system used to process citizenship and immigration applications — show 59,456 open, pending or re-opened applications that were assigned to 779 former employees or dormant computer placeholder codes used to hold applicants in queue as of this February.

The department told CBC once a user is set as inactive, “it means they are no longer using the system and their access is no longer available.”

The data also shows when each employee or code last logged into the IRCC system.

IRCC employees are only identifiable publicly via codes, which consist of a mix of letters and numbers (like AB12345, for example).

The oldest login dates back to Oct. 6, 2006, with one application assigned to that Montreal-based code. Nineteen applications are assigned to a code or employee in Edmonton who last logged in on May 9, 2007.

“I’m pretty much appalled that their system would even … do that,” said Andrea Bote, a permanent residency (PR) applicant currently assigned to an inactive code.

“How could something like this just like go unnoticed for so long? … That’s a lot of applications just stuck between the cracks.”

Earlier this year, CBC News shared the stories of several people stuck in immigration limbo while assigned to the same IRCC officer — only known to them as DM10032 — who left their applications largely untouched for years. After the story went public, applicants assigned to that officer, who the department confirmed was an active employee, finally saw significant movement on their files within months.

CBC filed an access to information request to IRCC this January asking for all inactive employees and placeholder codes currently assigned to applicants.

In October, the department finally sent the data that showed a list of hundreds of codes — “a mix of former employees who are no longer active and computer placeholders” as of February 2022.

Those codes are based all around the world — from Canadian airports, border ports and processing centres, to embassies and consulates in the U.S., Philippines, India, Haiti, Poland, Brazil and Tunisia, to name a few.

Ottawa had the most number of inactive codes, followed by Edmonton, Vancouver, then Sydney, N.S. (CBC did not include unknown locations in this calculation.)

Code SM10353 was the most egregious with 9,540 applications assigned to it. This former employee or placeholder based in Sydney, N.S., last used the system on March 23, 2021.

“The user code is a unique ID. Once assigned, no other user would have the same one,” explained an IRCC spokesperson about the data. “If a user was no longer required to use GCMS, the code would become inactive.”

The department said it’s unable to delete these non-functioning user accounts “as we would lose traceability.”

It’s unclear why IRCC assigns people to inactive IDs, or what happens to applications under those codes. The department did not provide those answers to CBC by deadline.

IRCC pointed out in an earlier response that the processing of applications “may involve more than one officer” and applications can be shifted from one centre to another for efficiency.

Bote found out she was assigned to RA9519 last month from her GCMS note from the Canada Border Services Agency (CBSA), after “almost zero communication” from IRCC for 18 months.

Bote, who applied through IRCC’s special pathway for international students in May 2021, is one of 1,864 applications stuck with this particular code.

Many of her friends who applied the same time have become permanent residents in 2021 or early 2022. Meanwhile, Bote only got a request to submit her biometrics information, such as fingerprints, this April (one of the earlier stages of the application process).

“I’ve honestly become the meme of the server at this point,” said Bote, referring to her online Discord community of PR applicants.

Bote described putting her further education on hold, facing obstacles getting OHIP coverage during the wait, as well as not being able to travel to see family — as the special pathway requires applicants to be physically in Canada when approved.

“All I really want is for them to … just pinpoint all these dormant [codes], just open them, reassign all those cases somewhere just so they start moving,” said Bote.

“Just tell us what’s going on … We just want to know that … it’s not just stuck in limbo.”

In response to Bote’s case, IRCC said her application “is active and continues to be processed” but provided no timeline. It pointed to its pandemic-induced backlog of a “substantial inventory of applications.”

Joey Lao found out he was assigned to SM10353 this October through his CBSA note.

Lao applied in July 2021 under an essential workers pathway for his PR, and only got his receipt of acknowledgement a full year later.

Meanwhile, he watched his cousin who applied around the same time progress steadily and receive her PR in August.

“I don’t mind waiting,” said the recent grad, whose work permit is still valid for a few more years. “But without knowing the timeline at all, it’s just a little bit frustrating.”

Lao has one request for SM10353, who currently has 9,540 files assigned to them: “I hope that [they’re] able to delegate some of the cases … or release a timeline.”

Lawyer calls for audit on files in ‘purgatory’

Jamie Liew, an immigration lawyer and associate law professor at the University of Ottawa, said she was “completely taken aback at the scale” of files assigned to inactive codes.

“It’s alarming and it raises questions, not only about transparency, but also the efficiency [of IRCC’s system],” said Liew. “How can anyone expect an answer, regardless of what that answer is, if their file is now in purgatory?”

Because of the “huge transparency problem,” Liew questions whether the government is best using its resources to process files in a humanitarian manner.

“There are people behind these [applicant] files,” she said. “I would hope that the government does some reflection on how they can ensure that this doesn’t happen to another 60,000 applications in the future.”

Liew wants the government to begin to prioritize these applications assigned to inoperative codes, and “at the very least, [take] an audit of how this occurred.”

Applicants are able to get information on IRCC’s activity on their files through a GCMS note, obtained through Access to Information and Privacy Requests. People can apply directly to IRCC or CBSA to obtain their GCMS notes.

Once you obtain that document, you may be able to see the immigration officer or computer code your file is currently assigned to under the “assigned to” field. Some applicants, however, have reported they don’t see that category on their GCMS notes.