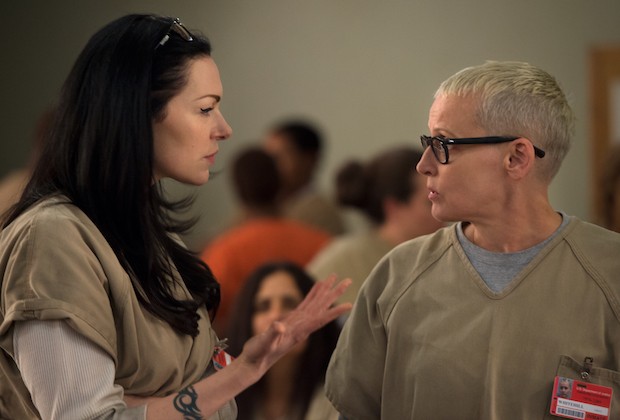 Orange Is the New Black returns for its fifth season on Friday, June 9. It’s been a year since we last checked in on the prisoners of Litchfield and four since the show debuted on Netflix back in 2013, so it’s understandable you may be foggy when it comes to events of the previous four seasons. Netflix is here to help with Orange Is the New Black: Unraveled. And to make it even better, it’s cute as hell.

In the video below, get reacquainted with the events of seasons past. Who knew a bloody tampon sandwich could be made adorable? Well, it is when it’s made of felt! Even Pornstache’s (Pablo Schreiber) nefarious doings may make you say, “Awww!”

Warning, there are major spoilers for seasons past.

One thing that is not made easier in this cutesy little video is the death of Poussey (Samira Wiley), which happened at the end of season four. Her little doll eyes closing are too much!

Orange Is the New Black season five drops on Friday, June 9 on Netflix.