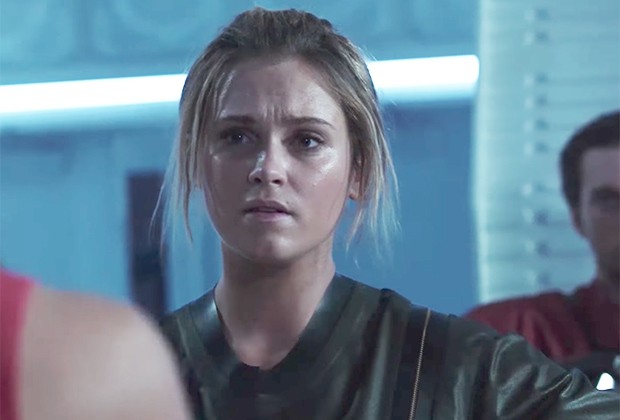 This Is Us is getting weird in season two.

Or at least that’s what it sounds like based on the cast’s appearance on NBC’s Red Nose Day special. They all gathered together to encourage viewers to donate to kids in need, but couldn’t help spilling a few very interesting season two details along the way.

“Like in episode two, I like it when we find out that Rebecca’s got a long-lost brother,” Justin Hartley says while his castmates try to shhh him.

Chrissy Metz then gives it a try, and reveals that Kate starts dating Dennis Rodman, or maybe Dennis Quaid, or actually his name isn’t even Dennis.

Sterling K. Brown‘s attempt doesn’t go all that much better.

“A lot of kids out there aren’t as lucky as my character Randall, who finds out that his biological father is not only still alive, but is actually his older brother,” he says, to many groans.

Milo Ventimiglia then accidentally reveals that Jack donates a kidney, and Susan Kelechi-Watson spills some of the cruelest beans of all.

“I never told them how we get divorced, so that’s a good one,” she says to Metz as she leaves the stage, breaking the hearts of Randall and Beth fans everywhere.

The video was part of NBC’s Red Nose Day broadcast, which helped raise over $30 million to help end child poverty. The live show was hosted by Chris Hardwick and ended with Bryan Cranston getting dunked in a tank full of freezing water, after the three-part debut of Red Nose Day Actually, the long-awaited sequel to the 2003 movie Love Actually.

This Is Us will air Thursdays this fall on NBC.