‘They’re not candy’: Father of dead teen backs coroner’s call for tighter rules for drinks like FCKD UP 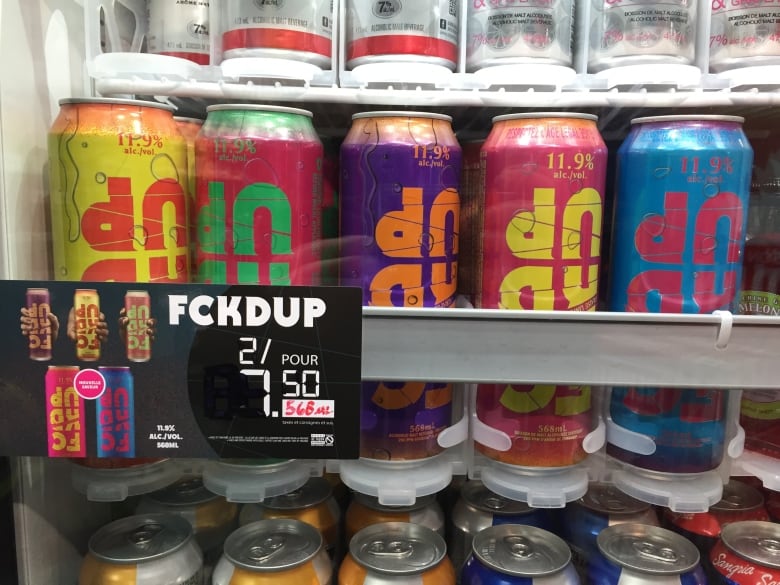 A Quebec coroner has concluded teenager Athéna Gervais drowned in February 2018 behind her Laval high school after drinking large quantities of a high-alcohol sugary drink.

The 14-year-old’s death led some companies to pull such drinks from store shelves and governments to tighten the rules around their manufacturing and sales.

He said Gervais and some friends shared three 568-ml cans of the drink FCKD UP, which has an alcohol content of 11.9 per cent, although he noted Gervais alone consumed most of the drinks. 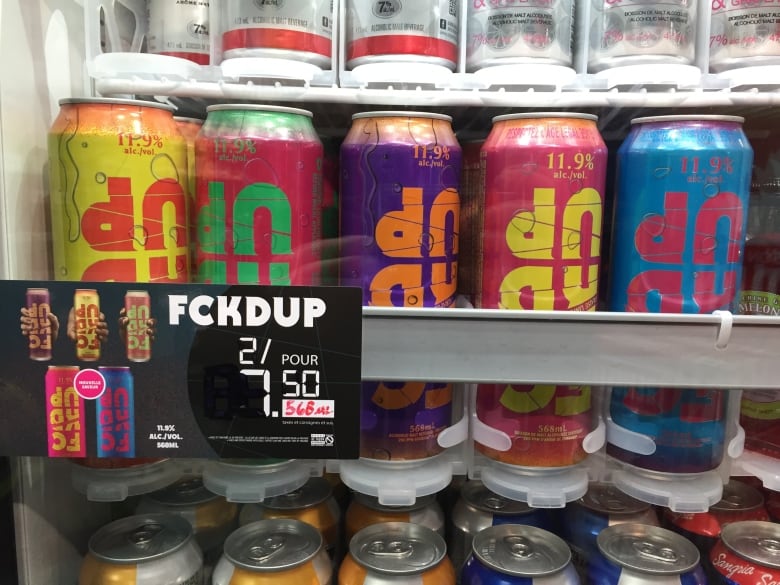 The coroner found that Athéna Gervais drank almost three full cans of FCKD UP sugary alcohol beverage in under 30 minutes — the equivalent of 12 glasses of wine. (Charles Contant/CBC)

The amount of alcohol was equivalent to around 12 glasses of wine, and the coroner said it was consumed in less than 30 minutes.

Gervais’s body was found in a stream behind École Poly-Jeunesse in northwest Laval on March 1, 2018, three days after she went missing.

“In my opinion, Athéna Gervais found herself disoriented and accidentally fell into a creek. Her cognitive state was so disrupted because of her drinking that she died,” Larocque said.

“We must take away from the death of Athéna Gervais that it’s imperative that a set of measures be adopted to prevent the dangers of excessive alcohol consumption, both with minor children and young adults.”

Larocque recommends the manufacturers of such beverages — often found in colourful cans -— should be required to package them neutrally, the way cigarettes are. 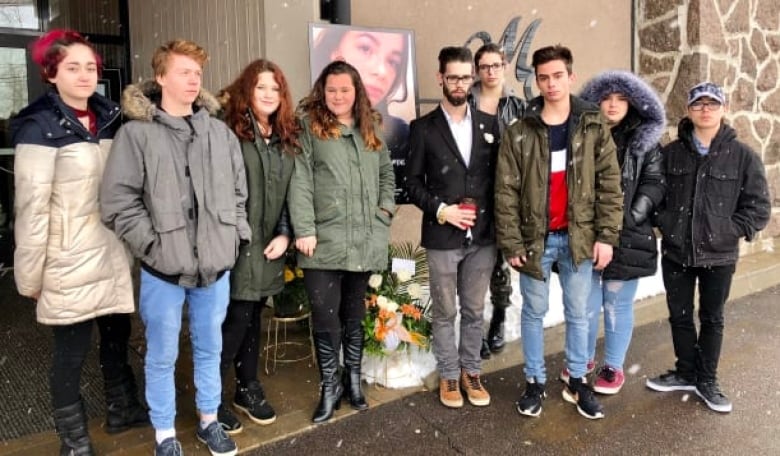 Athéna Gervais’s close friends attended her funeral in Saint-Félicien, in the Saguenay region of Quebec, in March 2018. Gervais’s friends and family campaigned to have high-alcohol, sugary drinks banned after her death. (Priscilla Plamondon Lalancette/Radio-Canada)

He also recommends that the federal government limit the alcohol content in the drinks to the equivalent of one serving per can. This goes further than the regulatory amendments adopted by the Trudeau government after Gervais’s death, which allows for one and a half servings of alcohol per can.

Larocque also recommends that the rules limiting how such drinks are advertised on radio and TV be extended to social media and the internet. 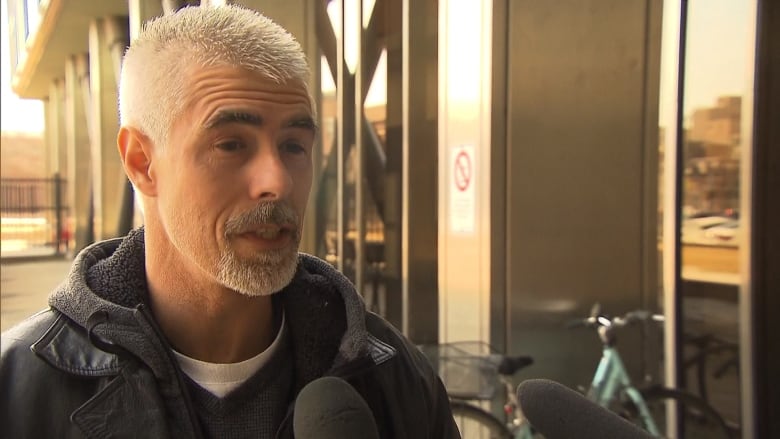 He said it’s still far too easy for young people to access these types of drinks at convenience stores.

“The advertising is too strong for these products; the attractive colours make it seem like they’re candy,” said Gervais.

Health Minister open to recommendations, but no commitments

Petitpas-Taylor said she is open to all the coroner’s recommendations, although she stopped short of committing to adopt them.

“I have no answer for you right now. I don’t have any proposal brought forward, but it’s certainly conversations that we’re having when it comes to packaging and marketing — especially to kids,” she said.

She said she’s asked her department to look at what can be done to strengthen the regulations, but she couldn’t offer a timeline on when or if any changes would be made.

As for the alcohol content of the drinks, Petitpas-Taylor said she’s willing to consider lowering the maximum serving per can from the current 1.5 the government is now proposing to a single serving, as Larocque recommends.

However, Petitpas-Taylor said her priority is to push through the new regulations her government has drafted, to get them in place as soon as possible before considering lowering the alcohol content in the sugary drinks further.

She expects those new regulations to be in force within a few weeks.