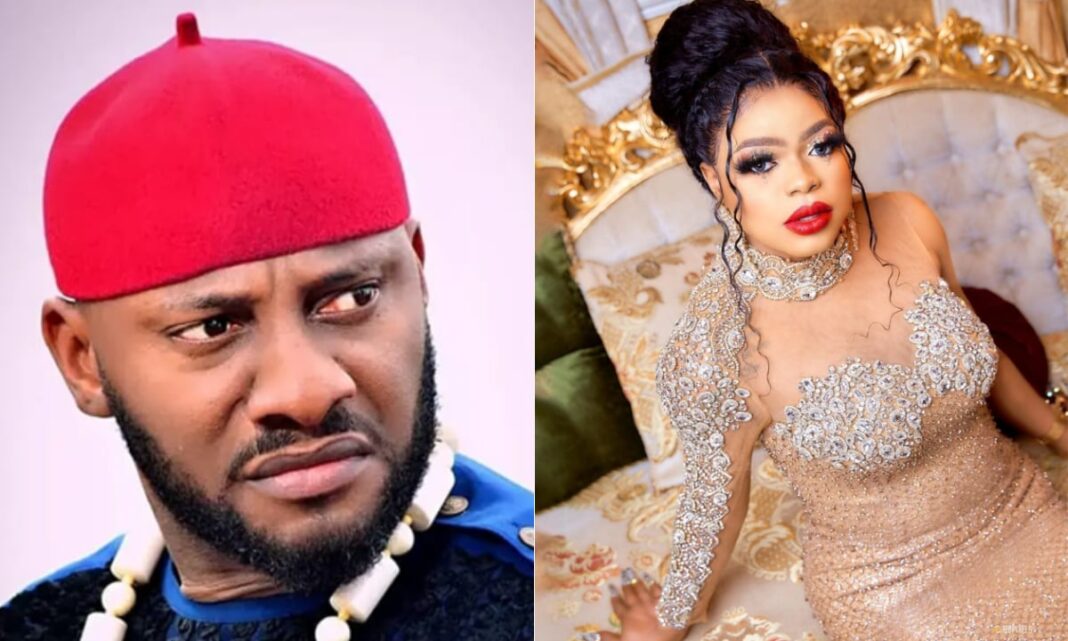 Nollywood star, Yul Edochie, has narrated how he was lashed by fans after he posted a picture of popular cross-dresser, Bobrisky on his Instagram page.

In a video posted on his YouTube channel on Saturday, Edochie some fans stormed the post’s comment section to accuse him of having a romantic relationship with the controversial cross-dresser.

The movie star lamented the level of discrimination being meted on people like Bobrisky, stating that they were also created by God and should be treated like others.

He said, “Earlier this year, I wished Bobrisky a happy birthday with his picture posted on my Instagram page. And then my page literally blew up and went on fire.

“By the time I came back, I got thousands of messages on the post and then my DM was flooded with messages. Somebody actually sent me a DM and said that I’m sleeping with Bobrisky. Just because I wished him a happy birthday on my page.

“Stop judging people, you are not God. Bobrisky is a human being like every other person. Why do we discriminate against people? We should stop all these. God said to love your neighbor as yourself. Nigerians rest”.